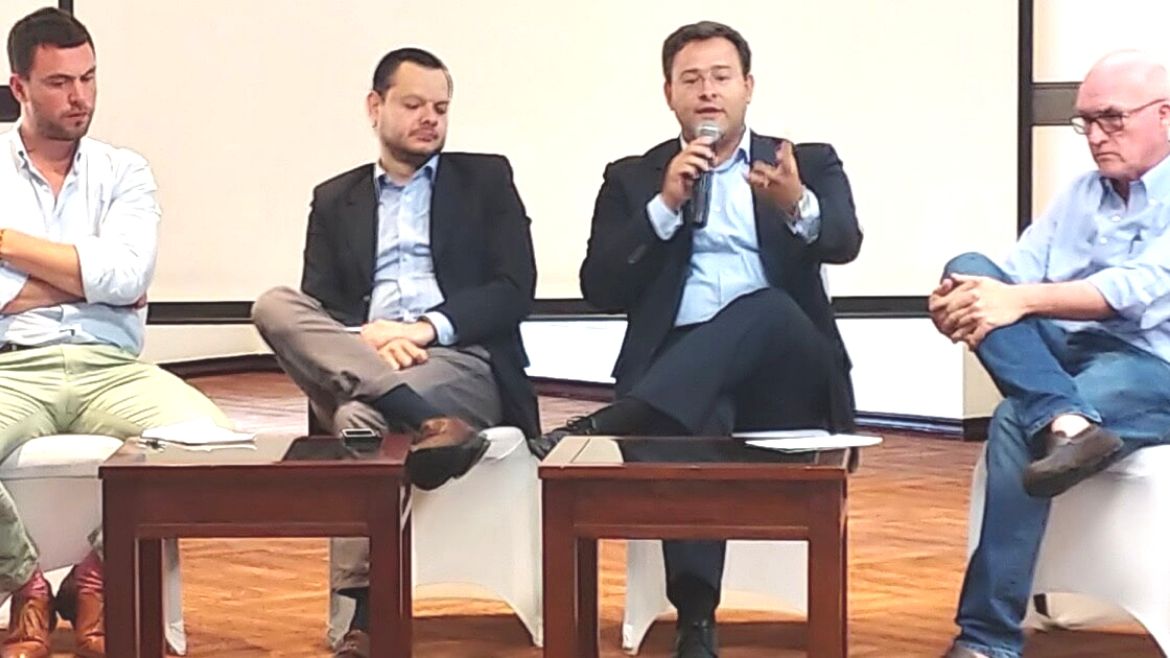 Classical liberals—those who favor individual rights and limited government—are conscious of rising populism. Rather than bread-and-circus antics, however, a circle of movement heavy hitters favor building an intellectual case that will stand the test of time.

Roughly 30 experienced scholars and advocates for free-market capitalism gathered in Panama City, Panama, over the weekend, hosted by the local Liberty Foundation and the Fraser Institute of Canada. Attendees came from all Central American nations and as far afield as Greece and Tunisia to discuss how to measure freedom around the world and confront illiberal movements.

Dubbed “The Free-Market Response to Populism,” the September 7-9 meeting grappled with defining and understanding populism, particularly given regional idiosyncrasies. Often the opaque term seems to include anything intellectuals and economic elites do not like in politics. However, there was some consensus that the populist label applies to movements of both the left and the right. Further, so long as populism is an emphasis on appealing to disenfranchised masses, it can be benign or actually have some good, and there appeared to be disagreement over specific issues such as Brexit.

The problem at hand, however, was the rise of authoritarian forms of populism. Attendees highlighted how strongman rulers empower themselves with populist rhetoric that divides society, identifies enemies and scapegoats, and offers promises that fly in the face of history and economic rationale. This problem of gimmicks and handouts disguising statism is particularly acute in Latin America, given the crises in Argentina, Nicaragua, and Venezuela.

Fred McMahon, a Fraser Institute resident fellow, along with Michael Walker, a Fraser Institute founding director, led much of the discussion, with a focus on the Economic Freedom of the World annual ranking. Walker began this project in the 1980s with prominent economists, including the late Milton Friedman, and the first edition came out in 1996. From the one ranking of nations, the project has expanded to include regional and sub-national rankings, along with broader variations such as “Human Freedom” and “Women’s Well-Being.”

McMahon and Walker believe this rankings tool, after more than two decades of releases and refinements, can be an antidote to superficial rhetoric. It is a way to compete with “guys offering free stuff,” in the words of Lucas Verzbolovskis, a participant from Panama.

Many attendees agreed that immigration was the “mother of all problems” for the liberal movement. Surse Pierpoint, a host and panel moderator with the Liberty Foundation, noted that “we believe in open borders.” However, he and others—such as Juan Carlos Hidalgo of the Washington, DC-based Cato Institute—called for careful handling of the topic, since mass immigration generates a predictable backlash.

Olympios Raptis, the office director for a member of the European Parliament, traveled all the way from Brussels. He weighed in and acknowledged strong cultural differences between, for example, his native Greece and the high-trust societies of Scandinavia. However, he recommended working with major parties to maintain both the rule of law and openness to migration and integration.

“At least it’s much easier to talk with the mainstream parties,” he said, “because they are not authoritarian” in the West. “They allow you the right to have a different opinion.… You may have disagreements on how much the markets should be free, but at least you can enter into healthy arguments and present facts and figures. [The populist parties] do not try to enter into compromise.”

A recurring theme, particularly for those stuck in the awkward left-versus-right political duopoly, was the need to shine the spotlight on all political parties. For example, Javier Calderón of Guatemala’s Center for National Economic Research (CIEN) noted the underlying problem of mercantilism and cronyism among the traditional right of his nation.

McMahon called the cronies and their political apparatchiks “false friends,” while Calderón and others warned that failure to identify the anti-capitalist elements of the right would play right into the hands of socialist populists. In other words, silence on cronyism would reinforce the mischaracterization from socialists that capitalism implies favoritism and exclusion in economic affairs.

In fact, Matt Warner, chief operating officer of the Atlas Network, noted that using the inclusive language often associated with the left was more than fine with him. He wanted to make clear that a liberal economy was to the benefit of the poor and wealthy alike, just not to the recipients of state-granted privileges.

Dora de Ampuero of the Ecuadorian Institute for Political Economy (IEEP) in Guayaquil, famous for successful dollarization advocacy, lamented the difficult times for free-market think tanks in Latin America. She shared that an environment of widespread cronyism means few people are in a position to donate.

While she and colleagues focus on long-term growth and prosperity from a “super limited government,” prospective donors fear reprisal from incumbent state officials, including the loss of contracts and holdups in trade approvals. She understands that entrepreneurs will seek profitability within the prevailing framework, and often that leads them to maintain low profiles and to distance themselves from advocacy, so she appreciates what support she does get.

However, Ampuero is optimistic that, with or without formal status, 10 new startup think tanks in Ecuador will find a way to thrive and have an impact. The “technological revolution” permits many projects to go ahead with limited funds and without state approval, although their status places a ceiling on expansion and eligibility for foreign support. Ampuero also pointed out that the host nation had proved dollarization combined with an open economy could generate tremendous development.

A new addition to the freedom ranking from the Fraser Institute is gender equality, given that “some countries give all their freedoms to only 50 percent of the population,” as explained by Joseph Connors of Florida Southern College.

Connors presented alongside James Gwartney of Florida State University, and they shared that the updated index took into account gender limits on economic activities such as opening a bank account and acquiring property. This has little impact on Latin-American and Western nations. However, Middle Eastern nations such as Qatar, Saudi Arabia, the United Arab Emirates, Bahrain, and Jordan all see considerable declines in their places. Within the European Union, only Poland sees a notable shift of four places down.

Hidalgo, originally from Costa Rica, inserted that such economic limits have largely disappeared from the law in Latin America, but that does not mean customs have caught up. How to account for this in the index has been the topic of considerable debate. The authors have chosen to focus on explicit limits in the law, rather than customs that may be difficult to define and compare across nations.

David Henneberger, a Mexico-based project director with the Friedrich Naumann Foundation of Germany, says there are no easy solutions: “Around the world, we are facing different types of populism—left wing, right wing. It is very complicated.”

Although less exciting, he says one way to aid stability and incremental progress in the right direction is to promote compromise, rather than us-versus-them hyperbole and blaming. Every year, his network publishes the Central American edition of the freedom index, to highlight relative better performers in the region and aid positive discourse. He identified free-trade agreements and customs unions as healthy steps in the right direction.

“Good things are happening, and we need to make use of this wonderful index.”

Henneberger is particularly interested in competitive education reform and entrepreneurship, to promote better opportunities for the struggling nations of Central America. For example, on September 21, his Alliance for Central America will host its annual Innovate Entrepreneurship Summit in Guatemala City.

Fergus Hodgson
September 10, 2018
Previous
Incrementalism Has Failed Argentina
Next
Petitioners Demand End to Julian Assange’s Blockade
You might also like
One of the following
April 14, 2022