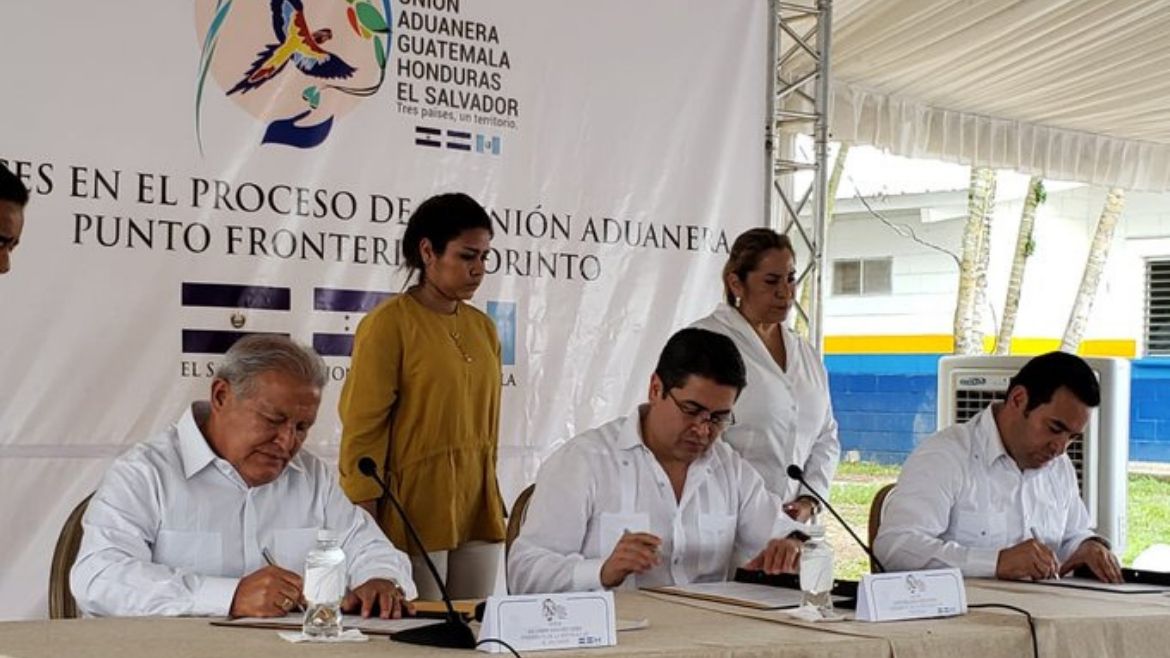 The Northern Triangle has achieved the first functional customs union in Central America, which now facilitates 69.1 percent of the region’s trade. El Salvador joined the union between neighboring Guatemala and Honduras on August 20, 2018, for a combined size equivalent to the eighth largest Latin-American economy, ahead of Ecuador.

The presidents of the three nations, Salvador Sánchez Cerén, Jimmy Morales, and Juan Orlando Hernández, officially welcomed El Salvador during a ceremony in Corinto, a Honduran town close to the Guatemalan border.

The Corinto Agreement is the result of a series of negotiations conducted with the Salvadoran government since October 2017. By reducing trade waiting times and harmonizing procedures, the countries expect to increase their competitiveness. In the long term, the union seeks to expand south to Nicaragua, Costa Rica, and Panama.

Sánchez Cerén, the Salvadoran president, argued that the customs union will spur “more job opportunities, easier trade, and free flow of goods.” He also announced that his administration will soon open a border checkpoint in El Poy, on the Honduran border, equipped “with new and modern infrastructure.”

The incorporation of El Salvador promises to improve economic activity in the Northern Triangle, a region marked by poverty, joblessness, and violence. To boost trade, union members pledge to adopt compatible rules for taxes, customs and migration procedures, security issues, and health and air-transportation standards.

Salvadoran civil-society and international organizations have celebrated the country’s decision to join the union. The Honduran free-market think tank Eléutera, for instance, highlighted the importance of the free transit of people and goods in the Northern Triangle.

Honduras, Guatemala, and El Salvador together make up a US$117.8 billion economy, which is more than 41 percent of Central America’s GDP. Now the customs union will span 93,444 square miles and involve 31.9 million inhabitants.

The preceding agreement between Honduras and Guatemala came into force on June 26, 2017.

Before, “cargo trucks used to take 10 hours to travel less than one kilometer across the borders between Guatemala and Honduras,” recalls Mayra Alfaro, the World Bank’s team leader of the region’s trade facilitation projects. “Such delays at border crossings made trade throughout the region slow and expensive.”

On March 1, 2018, the union unveiled an online platform called Central American Invoice and Single Declaration (FYDUCA) that eliminated duplicate customs procedures on both sides. Moreover, 80 percent of traded products can now enjoy faster transit due to the union’s commitment to the free flow of goods.

The World Bank has supported Guatemala and Honduras in reforming their customs systems to attain the union’s goals. It has provided both governments and more than 150 companies with technical support and training. Alfaro, however, acknowledges that “there are still many challenges to overcome.”