The Anatomy of Venezuela’s Chavismo

What Brought the Oil-Rich Nation to Her Knees? 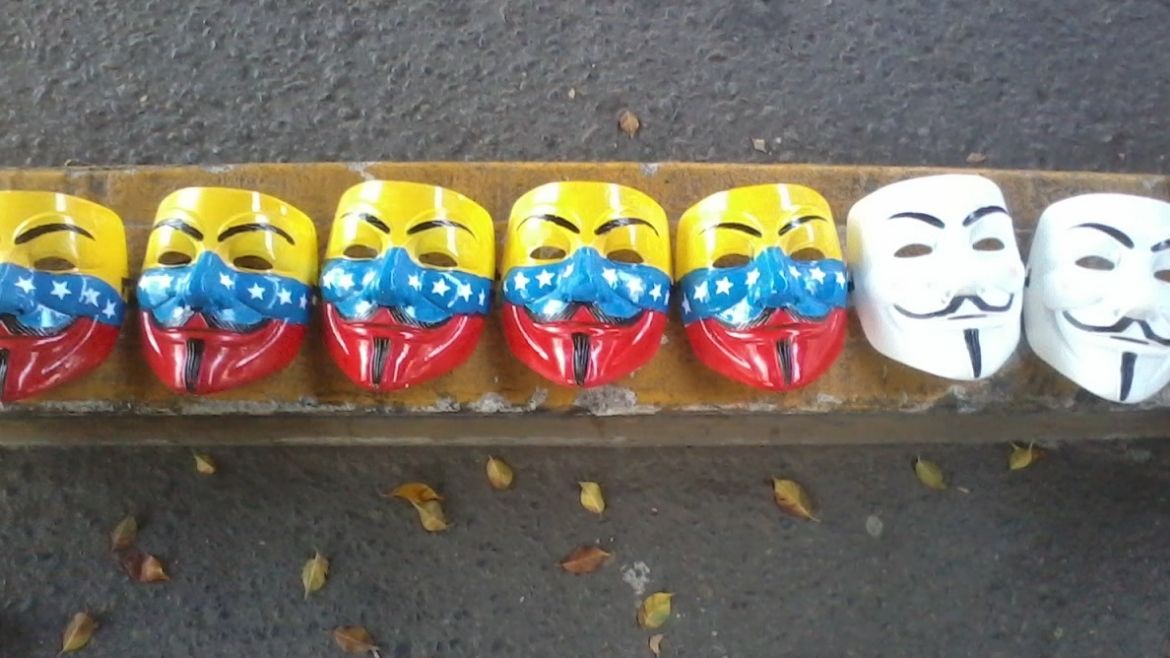 Since Hugo Chávez came to power in 1999, economic and political freedom have only gone downhill. (Wikimedia)

The Anatomy of Venezuela’s Chavismo

The staggering collapse of Venezuela merits a deep dive into the history and policies of almost 20 years of Chavista ruling.

In the face of excuses that the Venezuelan regime is not really socialist, going beyond labels and asking the right questions is key: What kind of policies did Hugo Chávez and Nicolás Maduro enact? Why can’t the economy recover? What is driving widespread shortages and hyperinflation?

What incidents allowed a coup d’état leader to win the presidential election?

During the 1973-1978 Carlos Andrés Pérez tenure, public spending increased exponentially after an oil-price boom. Venezuela abandoned the gold standard in 1974 and nationalized the oil industry in 1976.

As a means to keep currency inside Venezuela, Herrera Campins fixed the bolívar-to-dollar exchange rate in three tiers on February 18,1983, after 20 years of exchange-rate stability. Venezuelans remember this date as the black friday. One US dollar was traded for 4.30 bolívares for basic goods and debt; 6 bolívares for non-basic imports; and 7.50 bolívares for exports and travel. On February 23, Campins created a government agency to manage the exchange system, called Recadi, which became a corruption hub for Venezuela’s political and economic elite.

Years later, judicial probes and audits discovered that the agency was involved in a multi-million-dollar corruption scandal. Recadi employees took bribes, overcharged import prices, and set up fake companies to launder money. In 1989, the Venezuelan government shut down the agency, and few of those involved got jail time.

The Jaime Lusinchi administration (1984-1989) used government funds to buy 65 jeeps for the 1988 electoral campaign. In 1994, Lusinchi’s wife, the interior minister at the time, and another high-ranking employee were sentenced to 1 year in prison.

A widespread financial crisis in Venezuela led to the government bailing out or taking over 16 banks. These entities held more than 50 percent of deposits, and their assets made up 48 percent of the local financial system. The estimated cost of the crisis was $7.3 billion (11 percent of Venezuela’s GDP), and many Venezuelans lost their savings or had them returned only years later.

In 1994, the Venezuelan Supreme Court found the impeached President Carlos Andrés Pérez guilty of embezzlement. Prosecutors revealed that in March 1993 he had secretly used around $17 million to finance the campaigns of like-minded presidential candidates Jaime Paz in Bolivia and Violeta Chamorro in Nicaragua. His trial ended in 1996, and he received a 24-month house-arrest sentence.

What prominent policies did Hugo Chávez campaign on?

In a 1998 interview with Peruvian journalist Jaime Baily, Hugo Chávez famously claimed “I’m not a socialist” and presented himself as an ally of businessmen.

In April 1998, his campaign released a 32-page document with promises “to transform Venezuela.” Five pillars made up his proposal, but there was no mention of the socialist revolution that was to come:

1. A new constitution to restructure the state and democratic institutions.

5. Foreign policy: ensure Venezuela’s sovereignty, tackle drug trafficking and terrorism, promote democracy and human rights throughout the region, and advocate for the environment.

What were his original connections with Cuba?

Rafael Caldera, president of Venezuela from 1994 to 1999, invited Cuban opposition leader Jorge Mas Canosa to the country in early 1994.

In response, Cuba’s dictator Fidel Castro invited Hugo Chávez, who had recently left prison after his foiled 1992 coup d’état, and showered him with honors in the island. The relationship between Chávez and Castro began during that visit, and with time they only became closer, both in ideology and in geopolitical interests.

What were Chávez’s most prominent policies that could be described as socialist?

The enactment of the hydrocarbons law in 2001 forced transnational oil companies to partner with the state-run oil firm PDVSA as minority parties if they wanted to operate in Venezuela.

In 2005, Chávez decreed the expropriation and redistribution of “under-exploited” lands, and since 2007 the government has issued laws and decrees to nationalize several industries:

According to the BBC, from 2007 to 2009 the government allocated more money for expropriations payments and nationalizations ($23.3 billion) than for PDVSA’s oil production ($21.9 billion). This figure does not include what the Venezuelan government had to pay to those companies that disputed the expropriations. For example, Venezuela had to pay $46.4 million to Tidewater, $1.6 billion to Exxon Mobil, and $455 million to Owen Illinois.

According to Venezuelan think tank CEDICE, many expropriations lacked due process and fair, timely compensations. In 2010, Chávez issued a decree to let workers occupy firms, thereby circumventing the legal and economic costs of a formal expropriation.

More than 800,000 companies were registered in Venezuela in 2008, but fewer than 270,000 business remained in operation by 2017. From 2002 to 2016, the Venezuelan regime expropriated almost 700 firms, according to the National Commerce Council, a private Venezuelan trade union.

In 2012, the Chávez administration enacted extremely tight labor legislation known as the Labor Law for Men and Women Workers. It established a 40-hour working week and different fees for extra time and night work; imposed a hiring quota of disabled workers for all businesses; prohibited outsourcing; increased maternity leave; made new parents unfireable for two years; and forced businesses to share at least 15 percent of annual profits with employees—along with many other measures.

How did the Chavistas generate hyperinflation?

Oil accounts for the vast majority of the Venezuelan government’s exports. The mismanagement of the oil industry since 1999 undermined its productivity, and a drop in oil prices left the vast welfare state severely underfunded. Therefore, the Venezuelan regime printed more and more money to finance public spending and keep government approval rates high.

The last time that the Venezuelan Central Bank published inflation figures was in December 2015, despite a constitutional mandate. In February 2017, the opposition-led National Assembly began reporting its own inflation metrics.

What alliances did Chávez form, and to what ends?

What made Venezuela the world’s least free nation, according to the Fraser Institute?

According to CEDICE, the main policies that undermine economic freedom in Venezuela are:

Paz Gómez
August 30, 2018
Previous
The Gateway to a Post-Political Age
Next
Colombia on Mission to Be Latin America’s Tech Hub
You might also like
One of the following
April 14, 2022