Jair Bolsonaro Is the Savior That Wasn't 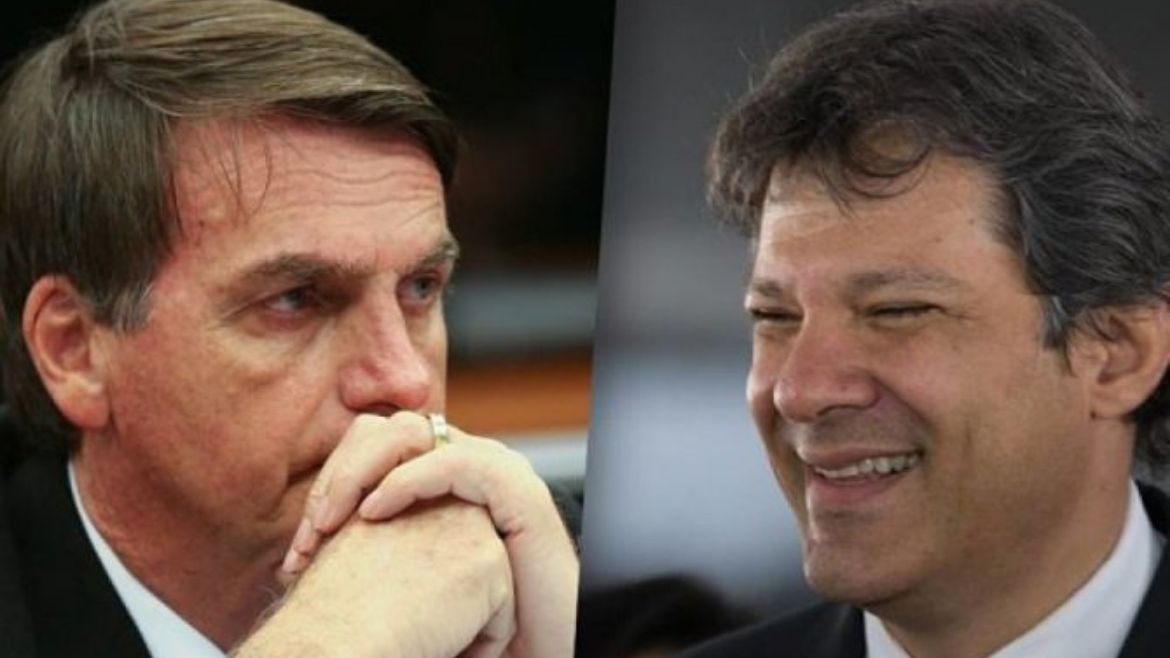 After a massive corruption scandal that ousted the leftist Workers Party (PT), Brazilians will choose a new president amid a tide that is swinging markedly right. However, instead of a sensible program to curtail progressive excesses, what is on offer looks more like a military junta.

In a country that hasn’t featured a traditional conservative party since the end of the dictatorship in 1985, one man has risen to fill the void for October 7: Jair Bolsonaro.

The front-runner for months now, Bolsonaro is a former army officer who presents himself as an outsider, even though he’s in his seventh term as a federal congressman and three of his sons are elected politicians. He’s polling at 28.2 percent, while his closest rival is trailing at a close 25.2 percent, which means a second-round vote will probably take place on October 28.

Before catapulting to the presidential race for the mostly unknown Social Liberal Party, Bolsonaro was a fringe politician who only made headlines when he praised the military regime or insulted someone. The recipients of his choice words include a former president—who apparently deserved to be shot for privatization—a fellow congresswoman who was “too ugly to be raped,” and homosexuals for, well, existing.

Why are Brazilians putting aside remarks that would have otherwise made any politician unelectable?

Bolsonaro’s rise cannot be understood without the Petrobras corruption probe. It started in 2014 as a money-laundering investigation at the state-owned oil firm, but the police soon found out the problem ran deeper. The giant kickbacks scheme they uncovered went on to show every major party was rotten to the core.

A grassroots movement that grew out of social media took to the streets and successfully campaigned to have Congress—Bolsonaro included—impeach President Dilma Rousseff of the PT in 2016, although over unrelated charges.

This event wiped out whatever moral authority the established parties and the elites that supported them had. Outrage against the corrupt, ruling PT morphed into outrage against leftist parties in general, who were caught red-handed while preaching redistribution to the poor. The PT only recently changed its presidential candidate, former President Lula da Silva, who sits in jail convicted of corruption, for Fernando Haddad, Lula’s handpicked successor.

Parties that were nominally right-wing or pro-business had either supported the PT administrations or engaged in corruption themselves, so they were out of the question too.

Perceived outsiders such as Bolsonaro, who so far has not been charged in a corruption case, are the last resort for those fed-up with the system. Likewise, this election’s tickets feature YouTubers and social-media stars who stand a good chance of becoming legislators in several of the country’s 26 states and Brasília, the one federal district. This is not a race for centrists, as Bloomberg reported.

Add to this the fact that violence and crime are among Brazilians’ major concerns, it is not hard to see why a taboo-breaking man from a working-class family who vows to give the police free rein to kill suspects is striking a chord with voters.

“A policeman who doesn’t kill is no policeman,” he said during a speech last year in Manaus, in northern Brazil.

Unfortunately, policy discussion is notoriously absent from the national conversation, and the presidential race has devolved into a shouting match.

Last weekend, millions of Brazilian women all over the country and in some cities around the world demonstrated against the front-runner. They joined a social-media campaign called #EleNão (Not Him), akin to #NeverTrump, denouncing Bolsonaro’s stances on civil liberties.

Not only in Brazil, but world musicians and artists from Madonna to Cher have joined the campaign. Even soccer teams have been dragged into the election dispute, with fans forced to pick sides.

A vote for Bolsonaro is a vote for fascism, the demonstrators claimed, arguing that you could not be a woman or a minority and support him. However, polls have revealed that Brazilian women are supporting Bolsonaro in roughly equal numbers as the PT candidate.

Haddad, an economist and former mayor of São Paulo, Brazil’s largest city, has played into this polarization and made promises to draw ardent Lula followers. After floating the idea of pardoning Lula if he were to become president, Haddad backtracked and said he would instead play a leading role in his administration—from prison. Haddad is also promising to pass legislation to regulate media ownership and a tax to force non-productive land to serve a “social” role.

Bolsonaro supporters, on the other hand, are campaigning with the #PTNão (Not PT) slogan. If you are a law-abiding citizen for family values and against criminals, there is no other option, they claim.

The stabbing of Bolsonaro earlier this month fueled conspiracy theories that the entrenched party-system was out to get him, cementing his underdog brand. Even though Haddad is more likely to win in a runoff, the Bolsonaro campaign is betting on voters rejecting the prospect of another corrupt PT administration more than they are disgusted by the congressman’s extremist outbursts.

The strongest selling point of Bolsonaro’s platform is Paulo Guedes, a University of Chicago-trained economist who promises to lead a radical privatization and government-shrinking reform if appointed economy minister. However, the relationship between both men is fragile, and Bolsonaro, most known for his protectionist stances in the past, is now making exceptions to the free-market plan. A lack of support from other parties also undermines his ability to pass the reforms in Congress.

The problem is the race has taken a turn for the worse in recent days. Bolsonaro has suggested he is not willing to play by the rules. “From what I see on the streets, I won’t accept any result other than my election,” he said during an interview on Friday, September 28. He claims a plot to tamper with electronic-voting machines is underway, but there is no evidence of that.

Unfortunately, the specter of a military coup can no longer be dismissed as a mere fear-mongering strategy. Let’s just hope that Brazilian institutions, the same ones that put behind bars some of the country’s most powerful politicians and businessmen, can withstand this new trial.

October 1, 2018
Previous
What Canada’s New People’s Party Stands For
Next
Venezuelan Regime Deploys Cryptocurrency to Evade US Sanctions
You might also like
One of the following
April 14, 2022