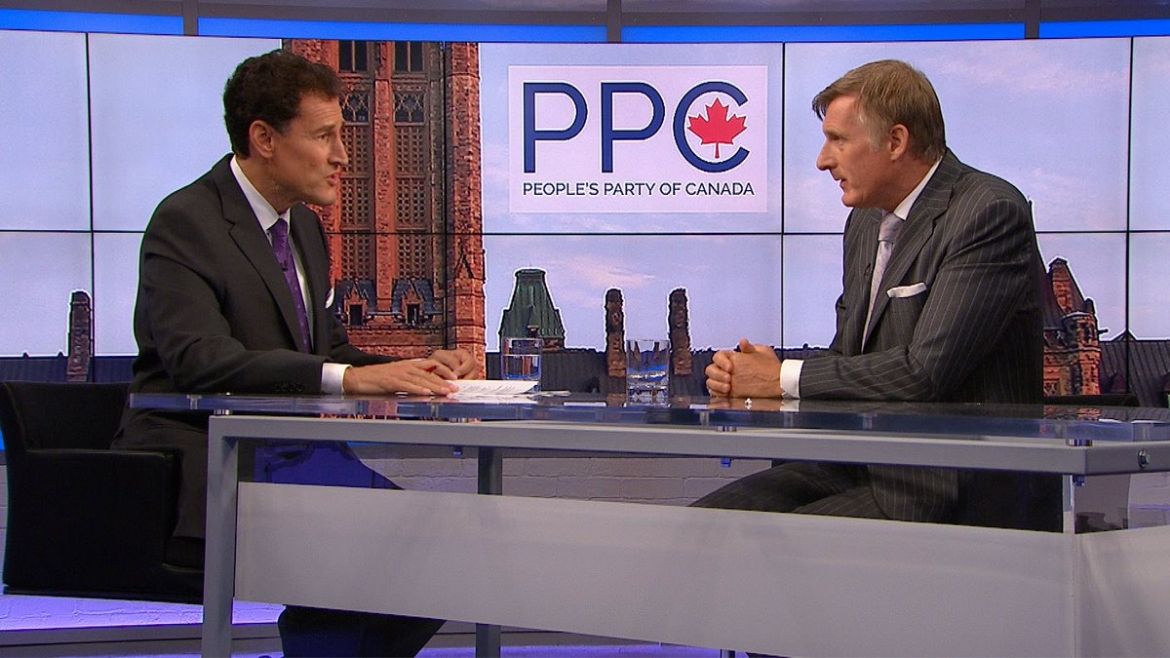 In late August, free-trade advocate Maxime Bernier shook up Canadian politics with an unexpected announcement: he was leaving the Conservative Party, which he called “too intellectually and morally corrupt to be reformed,” to form his own.

Less than a month later, he unveiled the People’s Party of Canada (PPC), a new grass-roots movement that is starting from scratch to take on the challenge of competing against established candidates in the 2019 elections. Its main targets: protectionism, government inefficiency, and “extreme multiculturalism.”

Maxime Bernier is an eccentric 55-year-old second-generation Canadian legislator from Québec. Until recently, he was a rising Conservative Party leader. He became foreign-affairs minister in 2007, during the Stephen Harper administration.

He almost became party leader a decade later. In 2017, he came very close to defeating establishment candidate Andrew Scheer to the party leadership with a classical-liberal platform.

After a string of falling-outs, he left the Conservative party on August 23 and unveiled his own on September 14: the People’s Party of Canada (PPC).

The bombshell announcement came amid a close race for the 2019 elections, in which the Conservative Party is only a few percentage points behind the ruling Liberal Party.

Why did Maxime Bernier abandon the Conservative Party?

Ideological disagreements between Bernier and the party leadership had been going on for years prior to his resignation, particularly about protectionism, corporate welfare, and—more recently—immigration and “multiculturalism.”

The May 2017 primary election got personal, with Scheer publicly rubbing the victory in Bernier’s face. In June 2018, Bernier released the full chapter of a book he had promised his party not to publish until he retired. In the document, he accused Scheer of recruiting “fake conservatives” from the dairy lobby to tilt the scales in the primary election. In response, Scheer removed Bernier from a key party post.

By August, Bernier felt he no longer had the support of the party’s top brass and called it “too intellectually and morally corrupt to be reformed.” On the other hand, former Conservative Prime Minister Stephen Harper countered that he “never accepted the result of the leadership vote and [sought] only to divide Conservatives.”

In an article explaining his departure, he pointed out a major disagreement with Canada’s controversial protectionist dairy policies: “I still cannot understand how a party that is supposed to defend free markets supports a small cartel that artificially increases the price of milk, chicken, and eggs for millions of Canadian consumers.”

Another divisive issue that Bernier cited was his growing concern about immigration and diversity. “Just like in other Western societies grappling with this issue, a large number of Canadians, and certainly the vast majority of Conservatives, are worried that we are heading in the wrong direction,” he wrote.

He also criticized the Conservative Party’s leadership for supporting retaliatory tariffs against the United States in response to Trump’s trade war.

Conservative leaders accuse Bernier of prioritizing his personal ambitions, not being a team player, and handing Justin Trudeau re-election in 2019 by splitting the opposition vote.

How is the People’s Party platform distinct?

The party hasn’t released its platform at the time of writing. However, its website notes that it will resemble the policies that Bernier offered when he ran for the Conservative Party leadership.

Bernier places special care on presenting his party as an independent and broad-based movement that appeals to “all Canadians.” He disparages the old parties, which try to attract votes and support “by pandering to various groups and dividing Canadians into little tribes that can be bought with promises, privileges and taxpayers’ money.”

Bernier also wrote in a National Post column that his party, unlike the Liberal or his former Conservative parties, won’t let itself be hijacked by interest groups and take positions “based on principles I believe in and that accord with what I think is the public interest.“ He argues that the internet will allow him to build a grass-roots movement where lobbying groups can’t exert so much power.

Bernier wrote that his party will denounce “taxes, programs, and regulations:

What about NAFTA and Canada in NATO, OAS, and other international organizations?

Bernier believes Canada should sit down and talk with the United States to join the revised NAFTA deal and work to eliminate tariffs and barriers on both sides, notably the supply-management system and farming subsidies.

Regarding foreign policy, the PPC policy article stresses that Canada should focus on getting as many free-trade agreements as it can get and on aid to countries where she has strategic interests: “We are not going to send our soldiers to dangerous places where we have no strategic interests just to please the international bureaucracy at the United Nations.”

How much support does he have?

Bernier claims he received over 5,000 emails after he left the Conservative Party from people offering to volunteer in the new group. However, no members of parliament or former party colleagues have joined him—but nor did he seek their support.

An August 24–25 poll by Abacus Data revealed that 13 percent of Canadians would vote for the PPC in the 2019 federal elections, just three points away from the socialist-leaning New Democratic Party (NDP). An earlier poll conducted in July 2017 put him at 2 percent, which suggests there is still room for growth.

A more recent poll surveyed 2,000 potential voters about particular candidates. Overall, 9 percent of Canadians have a positive impression of Bernier and 32 percent think negatively of him, although the majority remain neutral or undecided (59 percent). He polls more strongly among supporters of the Green Party and the Bloc Québécois.

Have any politicians offered support and made the move?

The Libertarian Party of Canada reportedly tried to get Bernier to join the cause after he resigned, but he wasn’t interested. However, in a September 21 statement on Facebook, party leader Tim Moen said both groups were still negotiating and that if they reached a merger deal the members would have the final say through a vote.

The Atlantica Party, a regional party in the province of Nova Scotia, told Antigua Report that it shares policy views with the People’s Party of Canada. Many members privately support the PPC, explained interim leader Ryan Smyth, and will attend events as it grows across the country.

Former Conservative Party Chairman Tom Flanagan says that in this new age of politics the PPC may become a force to be reckoned with, even displacing the NDP as the third or fourth most important party.

Have US politicians commented or supported Bernier?

In the United States, few media outlets have covered Bernier (Washington Post, Daily Caller), and no prominent politician has mentioned him.

September 26, 2018
Previous
People’s Party the Choice for Healthy Canada-US Relations
Next
Both Poison for Brazil: Strongman Rule, Socialist Corruption
You might also like
One of the following
April 14, 2022