What Intellectuals Resent about Laissez Faire

Emanuel Derman, author of My Life as a Quant and Columbia University professor. (Institute of Physics)

What Intellectuals Resent about Laissez Faire

Some books give more than the reader bargains for, and the most startling insight of My Life as a Quant comes out of left field. Emanuel Derman shares his transition from physics academic to financial engineer, but between the lines lies an answer to an age-old question.

For those who wish to understand why intellectuals—including economists—so often bear animus towards market outcomes, look no further than Derman for a compelling case study. He exemplifies what Friedrich Hayek described back in 1949 with The Intellectuals and Socialism. As Hayek noted, laissez-faire exchange delivers prices, including wages, that reflect what buyers value. Market-clearing prices are blind to contrived notions of worth and merely signal the marginal values of goods and services. 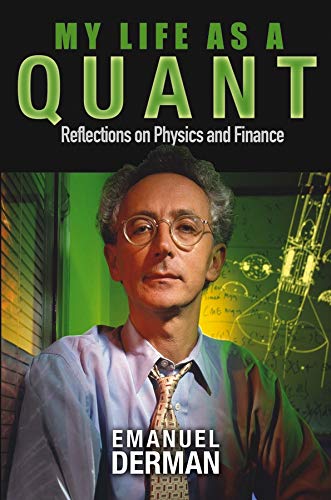 The problem for academics is that their focus on the theoretical, above practical considerations, often leaves them garnering lower compensation than individuals of seemingly lesser intellectual prowess. Hence, academics rely on and tend to lobby heavily for taxpayer funding, even in most private higher-education institutions. A corollary for counterintuitive compensation is the way a baseball player earns a multimillion-dollar salary while a nurse serving dying patients makes pennies.

Subtitled Reflections on Physics and Finance (304 pages, 2004), Derman’s book tells a sobering story familiar to those acquainted with academia. It is one I have heard many times from my triplet philosopher uncles. A bright young man from Cape Town, South Africa, Derman sought to make his mark as a theoretical physicist. In the 1960s, he pursued a doctorate at Columbia University in New York City. Seven years later, he was struggling to find stable employment, bouncing from one postdoc to another.

Derman found out few physicists made an impact on the field, and his hopes of becoming one of them were fading rapidly. Since he saw even experimental physics as beneath him, he had to learn the hard way that few organizations would pay him to sit in a room and think to his heart’s content. Begrudgingly, after not enjoying teaching in Colorado, he swallowed his pride and took a research position in the 1980s at what was then AT&T Bell Laboratories.

Eventually, drawn by a new challenge and better employment prospects, he entered the financial sector and became a programmer. In his tenures at Goldman Sachs and Salomon Brothers, from 1985 to 2002, he achieved notable feats and awards as a financial engineer. He also worked with pioneering thinkers such as Fischer Black of the Black-Scholes-Merton model, which garnered two Nobel laureates. In fact, Derman’s heartfelt tribute to Black is a highlight of the story. Further, his successes and timing place him well to comment firsthand on the rise of computational finance.

Derman’s frustration and glum disposition, however, never subsided. He resented and belittled the higher pay going to “innumerate” traders, and he never fully adapted as Spanish economist Daniel Lacalle did when he joined a hedge fund. Rather, in My Life as a Quant, Derman admits to lying to prospective employers about his compensation to inflate his seniority.

He also bore frustration that his employers were acutely concerned with the bottom line and did not give him and his colleagues a free rein. With what appears to be an entitlement mentality, he assumed his work was intrinsically valuable and above being reduced to net-present-value considerations. In real life, someone has to pay the bills.

A glance at his Twitter account confirms his social-engineering inclinations remain. There is no doubt Derman is a sharp man, but like so many intellectuals, he cannot see the forest for the trees. He has failed to grasp capitalist emergent order. Without a Soviet-style central planner, laissez-faire prices aggregate countless people’s preferences and delineate what they are willing to pay for. The market does not impose anyone’s personal judgement but rather generates numerical values that bring us nearer to allocative efficiency.1

Derman’s peculiar lack of filter and self-awareness means his autobiography delivers raw, unvarnished insights into the mind of an academic. This fascinating element, which embodies Hayek’s account, brings value to what is otherwise a dry account of financial engineering’s evolution, albeit written with first-person detail.

1. For an explanation of the ills of price manipulation, the classic text is Economics in One Lesson by Henry Hazlitt (202 pages, 1946).

Fergus Hodgson
May 20, 2020
Previous
Seasteading Startup Docks in Panama
Next
Can Alternative Investments Withstand Mainstream Scrutiny?
You might also like
One of the following
April 14, 2022