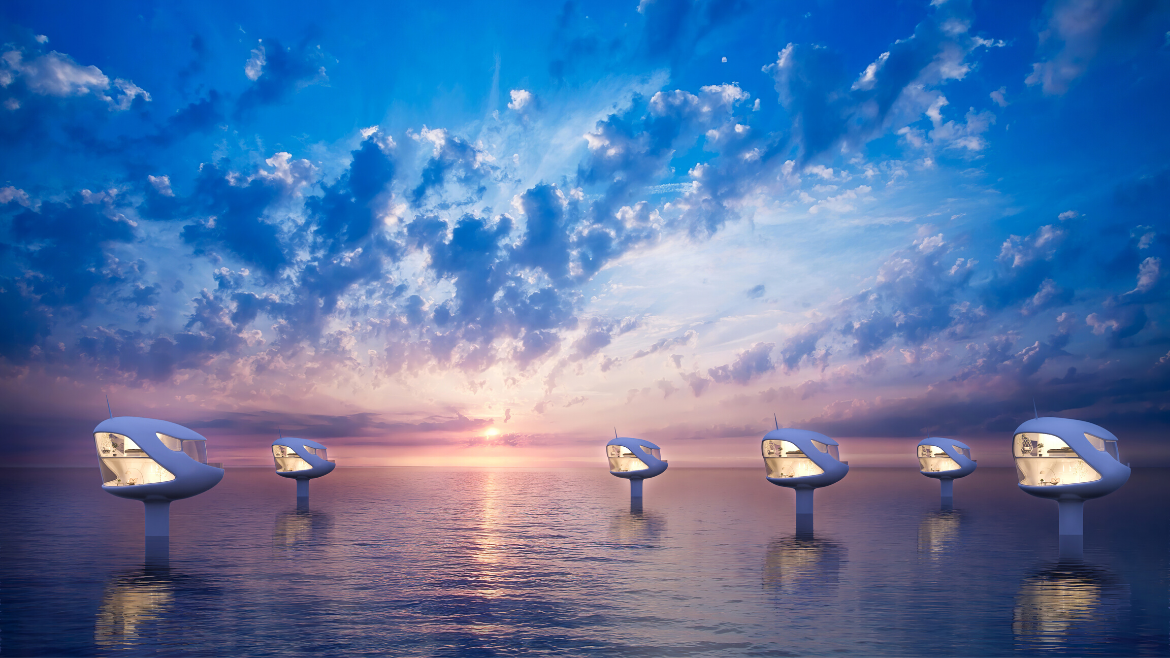 Get ready for seasteading in Panama. The idea of building permanent and self-governing dwellings in international waters has pivoted to Latin America. The movement has come a long way since libertarian entrepreneurs Peter Thiel and Patri Friedman launched the Seasteading Institute in 2008.

Several seasteaders have tried—and failed—to set up floating societies over the years. In 2017, political conflict thwarted the institute’s attempt to create autonomous floating cities near the French Polynesian coast. Friedman and Thiel have moved on and are now focusing on charter cities on land.

Ocean Builders, another seasteading venture, sailed to Thailand with a floating-cabin prototype in 2019, but navy officials seized it. Facing the threat of prosecution, Ocean Builders managers Chad Elwartowski and Supranee Thepdet had to flee Thai waters. The company resettled in the Caribbean, on Panama’s Linton Bay Marina, and started making pilot tests in March 2020.

What is Ocean Builders’ value proposal?

Ocean Builders plans to build individual homesteads either in the ocean (SeaPods and SeaPlatforms) or on land (LandPods). Rather than building cities now, it will first focus on tourism and business propositions to encourage mass adoption. To get funding, the firm will sell shares for US dollars and bitcoins.

In contrast to Friedman’s idea of designing cities from the outset, this project believes societies emerge organically out of nearby individual homes and small enterprises. The founders point out the US West became populated this way.

After building a prototype and living in it in the open ocean, Ocean Builders has devoted its efforts to improving the engineering, manufacturing, and sales units. They are in the process of identifying how to scale up and build as many floating homes as possible. 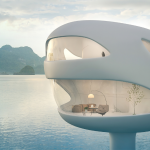 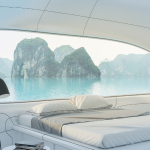 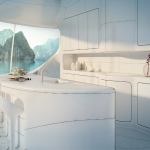 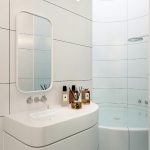 How does Ocean Builders mitigate political risks to ensure its continuity? 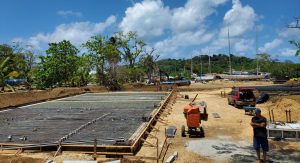 Ocean Builders incorporated in Panama as a public limited company on October 11, 2019, with the legal assistance of PGS Attorneys. Chad Elwartowski is the company’s director.

The project first built a manufacturing plant to produce the floating homes. The firm aims “to have a special concession in Panamanian waters to build a unique floating tourist attraction, which will be good for Panama and the firm,” says Romundt.

In the meantime, Ocean Builders is working closely with the Panamanian government to establish a legal framework for the project.

What is the proposal for shareholders? Are there any guarantees?

The minimum share price is $10,000, and investors will be able to choose which SeaPod they partially own. However, since Ocean Builders is still exploring its concept, it is only offering investors the possibility to reserve shares by making a $100 deposit.

In addition to saving a spot in the queue, the reservations allow investors to participate in the decision-making process of Ocean Builders’ initial tourism-rental model.

Ocean Builders will register SeaPods as boats, so they will get a Panamanian flag. For shares, it will sign a contract with investors guaranteeing shareholder rights under Panamanian law. The legal enforcer will be the Panamanian Maritime Authority.

Shareholders will receive percentage-based returns per share from SeaPod rentals and have a right to a one-week stay at the chosen SeaPod each year.

For trading, Ocean Builders will use the Omni Layer Protocol, which is built on the Bitcoin blockchain to enable financial operations and smart contracts.
.

Panama is a well-known financial and business hotspot because of her open economy and low taxes. Due to recent scandals, the international community has pressured Panama to strengthen regulations improving the transparency of her offshore financial industry. Recent Panamanian efforts to combat money laundering and crime financing are restoring confidence.

On average, the Panamanian economy expanded 4.6 percent over the last five years and has been one of the world’s fastest-growing economies since the turn of the century. Poverty has decreased significantly, although it prevails in rural areas. The service sector—including logistics, banking, insurance, tourism, and others—accounts for more than three-quarters of GDP.

Panama’s dollarized economy offers stability. Without a central bank, local authorities have no control over interest rates nor the circulation of other currencies, including bitcoin.

The 2018 GDP per capita stood at $15,575, much higher Latin America’s average of $9,044. Panama is also one of the most competitive economies in the region. Aside from the impressive Panama Canal and the Colón Free Trade Zone, the nation has 13 trade agreements with Central American nations, the United States, Canada, Chile, Singapore, and more.

Further, Panama is home to the world’s largest ship registry, and therefore has a friendly regime for sea-based businesses. Ocean Builders assures the Panamanian government has welcomed the seasteading industry.

Finally, Linton Bay Marina is a peaceful and hurricane-free location with half-meter waves. Blessed with a wide variety of fauna and flora, it is only 2.5 hours away from the capital, Panama City.
.

How many people and companies have joined the project?

Romundt has told Econ Americas the project has at least 25 volunteers and a list of more than 50 additional people eager to join.

In addition to the Seasteading Institute, the firm has collaborative projects with DuPont (for interior materials), Erectorbot (for 3D printing machines), Showerloop (for wastewater recycling), Nebia (for high-efficiency showers), and Fling (drone development).

Ocean Builders is also closely engaged with local businesses and the community, fast becoming a major employer through its manufacturing plant.

“We always encourage people to come to Panama and start a complimentary or even competitive business and collaborate with us. The ocean covers 72 percent of the earth’s surface, so there is a massive amount of room for development. If we are successful, there is virtually unlimited room for growth,” he said.

Paz Gómez
May 7, 2020
Previous
REITs in Ecuador Take Off
Next
What Intellectuals Resent about Laissez Faire
You might also like
One of the following
April 14, 2022