'Zero to One' Narrows Focus to Create, Add Value

Peter Thiel has sought to harness the power of entrepreneurship for profound human advancement. (JD Lasica)

The plethora of options for the would-be entrepreneur begs focus. By asking penetrating, challenging questions in Zero to One, Peter Thiel and coauthor Blake Masters meet that need. Their criteria help the reader cull the herd towards novel ventures and profitability. 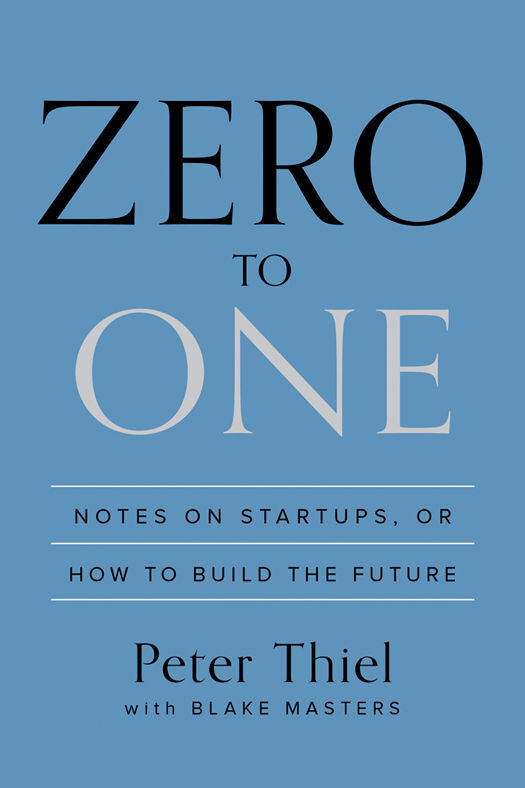 The concise 224-page book—subtitled Notes on Startups, or How to Build the Future—distills a course Thiel taught at Stanford University in 2012, and it takes just five hours on Audible. It leaves no doubt about its theme: Thiel wants ventures that create new markets and new technologies, in contrast to arbitrage and incremental tweaks.

The Zero to One title is a reference to something where there previously was nothing. Thiel believes gains from globalization have overshadowed a slowdown in genuine creativity and innovation. We are spreading technology around the planet like never before, but that does not necessarily entail anything novel or transformative.

Without giving away too many spoilers, two portions of Zero to One struck me as especially valuable: (1) Silicon Valley dogmas and (2) paths to longstanding profitability. For example, the authors challenge the notion that competition is to be sought out. Instead, they suggest broadening options so there is no need to compete. In other words, if you serve new markets, you do not need to dislodge or take on heavy hitters.

The second portion addresses ways to distinguish a venture—without relying on cronyism—and Thiel offers half a dozen strategies. One is to find an order-of-magnitude productivity gain, which is easier said than done. However, it points in the direction of a venture that will still exist in a decade’s time.

Thiel repeats a question a few times throughout: what do you believe is true but believed by few if any other people? If you are bullish on truth prevailing in the long haul, presumably your insight will grow in value. You have the opportunity to utilize your insight before it becomes mainstream.

A few portions of the book strike as philosophical and speculative. Thiel brings up our confidence in the future and how planning has become more difficult for millennials; consequently, they have tended towards disillusionment. Albeit relatable, how this helps one build a startup is unclear.

Such is the density of ideas in this book, though, the reader is inclined to go back for seconds. That applies in my case, and perhaps another digest will glean the wisdom contained in later portions of the book.

Beyond clarifying areas of uncertainty, the prime motivation for a second round would be to straighten one’s thinking as he builds his own venture(s). Zero to One does not give you the ideas, but it does negate the ones that only consume your time and distract you from achieving profitability.

Previous
The US Campaign to Fight Corruption in Paraguay
Next
Argentine Default: Here We Go Again

Fergus Hodgson
January 27, 2020
Previous
The US Campaign to Fight Corruption in Paraguay
Next
Argentine Default: Here We Go Again
You might also like
One of the following
April 14, 2022