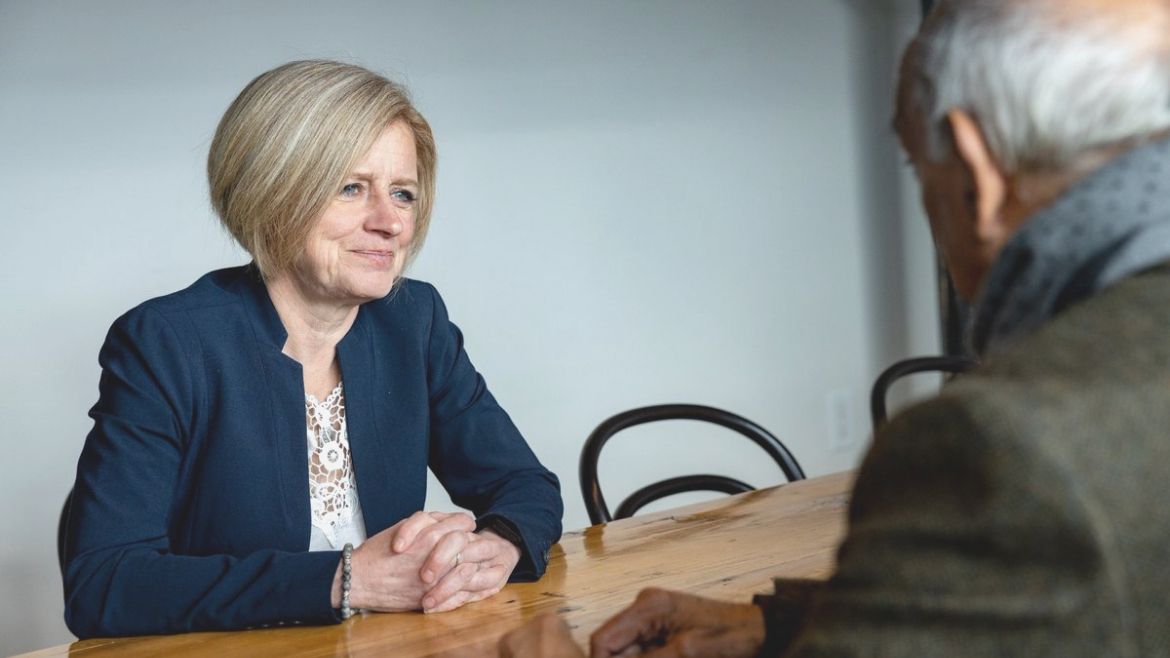 Alberta Premier Rachel Notley is campaigning aggressively and counting on the public sector for support. (@RachelNotley)

The thesis of Sheila Gunn Reid’s latest book can be summed up in one sentence: Premier Rachel Notley and her New Democratic Party colleagues are out-of-touch, deceitful socialists who have suffocated Alberta’s economy and gone on a public-sector hiring spree for political patronage.

This is all true, and one could easily insert more colorful language than the above. From nationalizing hospital laundry to imposing union rules on farms and lying to shut down public consultations, the evidence is damning. Notley has gifted a plethora of material for Gunn to work with in Stop Notley: The Case for Throwing Out the NDP (74 pages, March 2019).

A Rebel Media journalist in Edmonton, Gunn contrasts the incumbents with Alberta’s “culture of rugged individualism and entrepreneurship.” Without need for hyperbole, she describes Notley’s NDP as “more of a Socialist International solidarity society, with its students, public-sector workers, and union activists.” In the NDP caucus of 55, no one has a farming background, which is odd in Alberta. There are, however, six social workers, four union officials, two bus drivers, and three with no experience beyond university.

Fact often seems stranger than fiction in Stop Notley. However, its contents will not surprise those who read The Destroyers: Rachel Notley and the NDP’s War on Alberta. Published in the wake of the NDP’s 2015 electoral victory, Gunn’s earlier book foretold what was in store. Notley and her team have remained consistent in their hardline environmentalism and top-down social engineering. That includes deference to the Liberal Party federal government and Prime Minister Justin Trudeau.

One concerning element of Notley’s tenure, as noted in the book, is her ability to reward and build faithful allies. Notley is a shrewd (dangerous) politician who targets specific demographics for protectionism and largess the province can ill afford. With a nod to unions—which hate lower-priced competition—she has raised the minimum wage to CAN$15 per hour, Canada’s highest. She has also promised 1,000 new teaching jobs while capping charter schools.

On the back of the nation’s highest tax increase, Albertan bankruptcies spiked to 14,700 in 2018, and the province is no longer a favorable jurisdiction for oil and gas investment. Now Notley is putting to work the adage that government breaks people’s legs and hands them a crutch, as with her promise of no prescription copays for people over 55.

Gunn writes in a blunt style, which sets her apart from conventional journalists. This candor is refreshing and has contributed to her popularity, as have her affection for Alberta and support for free-market capitalism.

However, her tell-it-like-it-is style comes at a price. Legacy media outlets, particularly the CBC, have tarred Rebel Media for rocking the boat; thus few progressives are likely to read this book. These outlets maintain their polite-society bona fides, even if doing so creates a misleading bubble and perpetuates confirmation bias.

For moderates and independents willing to think for themselves and consider an alternative perspective, Stop Notley is a historic read. It has its share of typos—released quickly for this month’s election—but it delivers a reality check for Albertan voters and Canadians curious about the efficacy of so-called democratic socialism.

Read my review of The Destroyers.

Fergus Hodgson
April 8, 2019
Previous
Seis lecciones que nos deja la distopía venezolana
Next
Central Bankers Need to Learn to Code
You might also like
One of the following
April 14, 2022