‘The Destroyers’ Should Be a Wake-Up Call for Albertans 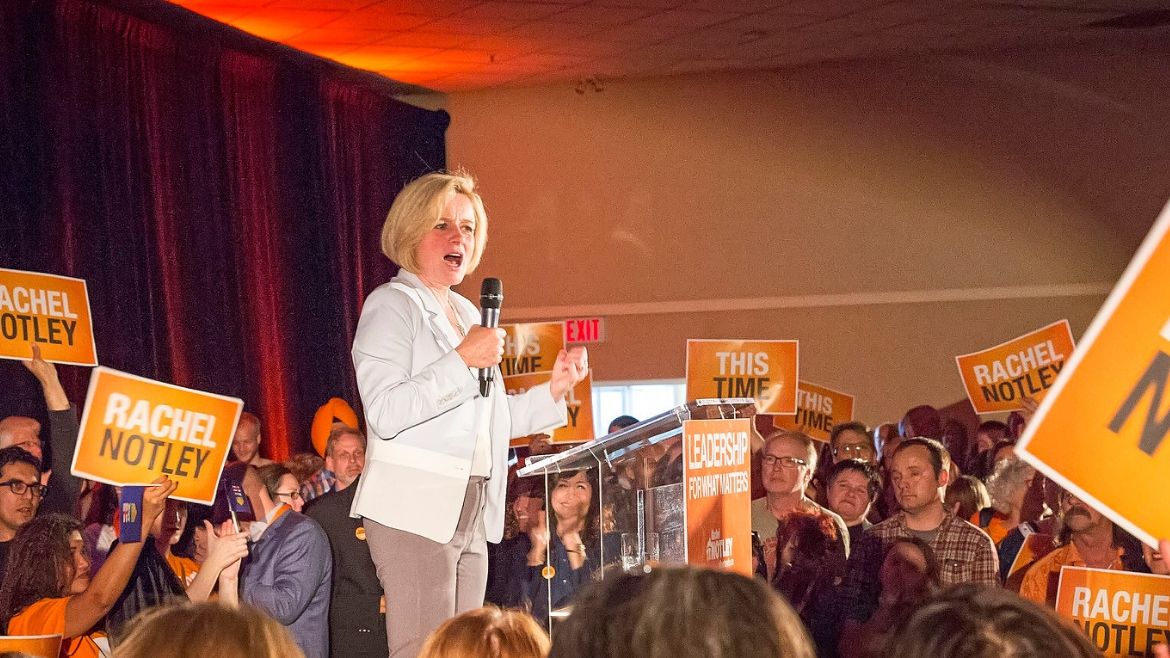 ‘The Destroyers’ Should Be a Wake-Up Call for Albertans

In recent years, Albertan politicos have graced constituents with claims the province was debt free. They actually meant the provincial government had sufficient financial assets on hand to offset the debts, but with the fiscal train wreck now upon Alberta, one might as well reminisce.

In fact, Standard and Poor’s has downgraded Alberta’s long-term credit twice in just six months. As oil royalties have fallen, residents have endured multiple tax hikes, and the latest S&P downgrade came with a warning that unless there’s a big rebound in resource revenues a provincial sales tax will likely be necessary to “halt [Alberta’s] weakening finances.”

Federal aid won’t turn this ship around, and one woman has sought to confront those she sees as the culprits and explain why the mess is set to get worse. That is Sheila Gunn Reid, a reporter based near Edmonton, and her tough love is The Destroyers (110 pages, January 2016). So confrontational and provocative is the book that Reid found herself and her colleagues banned from the premier’s press conferences in the wake of its release.

Reid’s work is essentially eight-character profiles, along with a few chapters on the budget and the more controversial laws passed under Premier Rachel Notley. With choice words regarding the new government, in power since the peculiar 2015 election, Reid describes the policies now in motion as a sharp departure from Alberta’s legacy as Canada’s most market-friendly province. In addition to expanded spending, she highlights aggressive efforts to negate global warming and impede oil-sand extraction.

To be sure, this is a polemical work, but the legislators in the crosshairs have largely bolstered Reid’s claims. Even with tax revenues in decline, the new premier accelerated spending growth, passed a cap on oil-sands emissions, and hiked the minimum wage—en route to $15 by 2018. She also placed a cloud over resource extraction with a review of the province’s royalty system.

Once Reid gets to economic developments, what she documents goes from bad to worse to beyond belief. In particular, the seemingly endless line of layoffs and forgone investments, on account of falling commodity prices and fears of the carbon tax and regulatory instability, read like an obituary for Alberta. Reid makes the case that declining petroleum and coal industries are simply the plan, noting NDP opposition to the Keystone XL Pipeline and a long history of environmental activism. That includes Rachel Notley’s chief of staff, Brian Topp, who said Canada “should produce a great deal less hydrocarbon energy” and get “fossil-fueled cars out of our cities.”

This is where a great deal of irony also creeps into Reid’s account. She leans heavily on parochialism, writing that the NDP policies are not the wishes of true Albertans. The premier, for example, once lived in British Columbia; perish the thought.

Reid even goes so far as to reject Albertans’ culpability in the situation. Apparently, these noble free-market voters only backed interventionist policies by accident, rejecting the Wildrose Party and the Progressive Conservatives, not supporting the NDP pitch.

That populist grandstanding does not fly with me, and it should not fly with Albertans. Might I suggest that voters read The Destroyers, but with an open mind to taking responsibility for their actions, with a desire to investigate the policies and histories of the people they elected.

Pointing fingers will not solve anything or prevent such future anomalies. So long as deflecting is off the table, The Destroyers stands as a tight, easy-to-read primer, written by a woman with a genuine concern for the future of her province.

A version of this article first appeared on the Fraser Institute blog.

Next
Mercosur Is a Dead Horse