Downgrades the Tip of the Iceberg for AMLO's Mexico 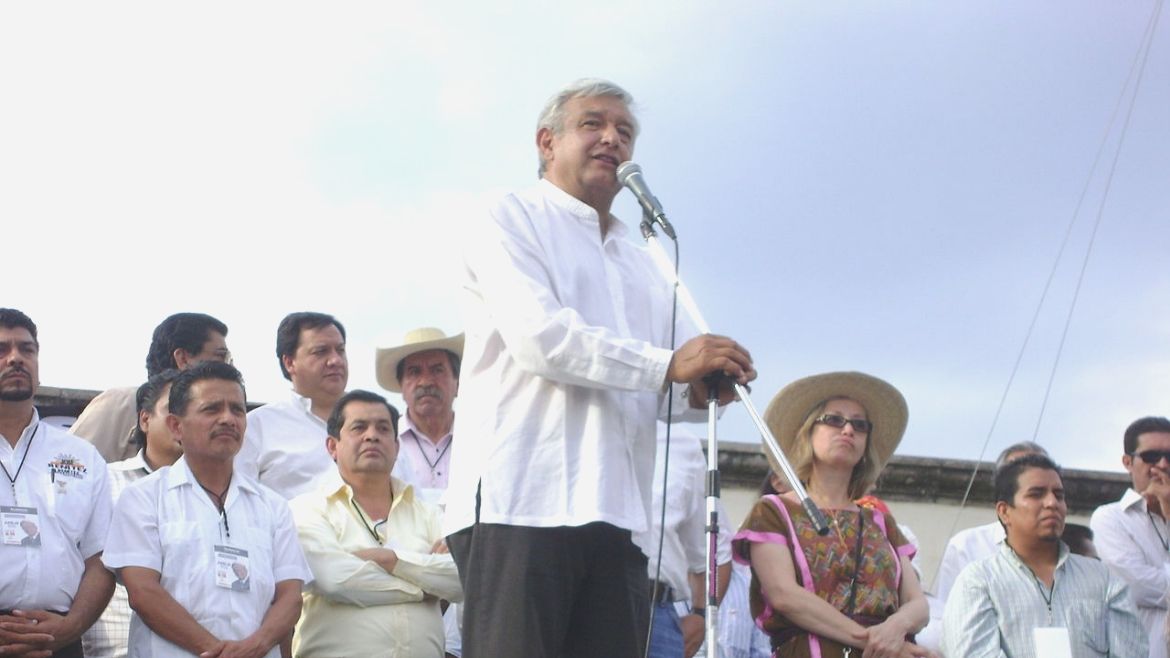 When Gloria Álvarez gets paid in Mexican pesos, she converts whatever she can into Guatemalan quetzales. Coauthor of “The Populist Deceit,” she knows her Latin-American history, and she observes it repeating in Mexico under President Andrés Manuel López Obrador (AMLO).

Within a nation mired in corruption and crime, the Bank of Mexico has in recent years been relatively responsible and stable, at least by regional standards. Mexico suffered severe currency crises in the 1980s and 1990s. However, the government’s Consumer Price Index indicates inflation below10 percent for the entire 21st century.

That will change, since AMLO has promised the moon for his socialist electoral coalition. The central bank will come under enormous pressure to finance his broad and destructive agenda which is already taking a toll.

Wheels in Motion for Train Wreck

Even before taking office on December 1, 2018, AMLO cancelled a $13 billion airport project for the capital city that was one-third built. He signaled regime uncertainty and triggered investors to flee and vote with their feet, as reported by Bloomberg.

He has attempted to crack down on fuel theft by, you guessed it, turning off pipelines throughout the country. Without giving much thought to the exercise, this generated shortages and time-consuming lines. The lack of readily available gasoline has also stalled airports.

Rather than apologize and backtrack, AMLO blamed drivers for filling up their tanks too much—something any rational person would do when supplies are lacking. With shades of Venezuela’s Hugo Chávez, his attitude is that he can say and do whatever he wants and simply deflect responsibility.

The pipeline fiasco was just a warmup for his economic illiteracy and authoritarian instincts. If he follows through on his campaign promise and freezes gasoline prices for three years, you can expect chaos in Mexico.

Álvarez is hardly the only one to notice the ominous danger to free enterprise that is AMLO. The central bank has lowered growth forecasts for the next two years and cited concerns over sovereign-debt ratings.

On Monday, the state-owned oil firm Pemex suffered a Standard and Poor’s credit downgrade to BB- from B-, which means it is a single level out of 17 above “major future uncertainties.” That came in the wake of a Fitch double downgrade to BBB- and national outlook change to negative from stable. Pemex lost $7.6 billion in 2018, bringing its debt to $106 billion and suggesting a bailout may be necessary.

Meanwhile, AMLO claims the ratings agencies are punishing Mexico for the “neoliberal” policies of his predecessor. This hollow pejorative is a rallying cry of socialists in Latin America, and you can expect AMLO to use it more and more. His administration is threatening tariffs on the United States and prioritizing union labor rights over finalizing the USMCA trade deal.

Central Bank Will Take the Heat

There are generally three ways to fund government, as explained by Cato Institute economist George Selgin: taxation, debt, and monetary expansion. When there is not enough political will to tax people directly, government officials can try to make up the rest by issuing bonds. If too few lenders are willing, the central bank can pick up the slack by buying the bonds and expanding the money supply.

The latter course predictably leads to inflation—a higher nominal cost of living—and currency devaluation. Cash holders and fixed-income earners suffer a decline in their real purchasing and pay what amounts to a stealth tax.

There is a familiar pattern here, one which has led to Argentina’s present currency crisis. The peso has lost more than half of its value in the past year relative to the U.S. dollar.

Specific ingredients contribute to the resort to monetary expansion. They include (1) an expanded state, necessitating greater spending, (2) a weaker economy and lower tax revenues, and (3) declining international confidence.

The second and third compound each other in a downward spiral and push governments to rely ever more on the inflation tax. External shocks such as decreased demand for exports can also amplify an already vulnerable situation. A Northern Irish finance student and blogger, Louise Burke, notes that spiked oil prices triggered Mexico’s default in 1982, just as other Latin-American nations went into recession. However, the Mexicans suffered worse than others because of unsustainable spending and trade manipulation known as import-substitution.

Avoiding a Repeat of History

Steve Hanke of Johns Hopkins University believes the temptation to print deficits is often too great for Latin America’s central banks. In most cases, he favors doing away with their currencies and adopting a relatively sound one out of their reach, as Ecuador and Panama have done with the U.S. dollar.

The next best alternative is a currency board, which subjugates central-bank activities to price stability via a peg to a foreign currency. Guatemala also took the wise move of prohibiting all loans from the central bank to the state. You can imagine how popular these strategies are for politicos with pet projects. AMLO, for example, wants an $8 billion Mayan Train to archeological sites.

Revealing his capacity for fantasies, he has promised neither more debts nor more taxes. Mexico’s national debt grew 400 percent between 2007 and 2017, and it continues its upward trajectory towards $1 trillion, so how he plans to turn that around remains to be seen. Raising the minimum wage and handing out 2.6 million university scholarships for unemployed young people push in the opposite direction.

The Mexican economy and the peso hang in the balance over whether AMLO carries out his platform. Early signs suggest he will, and Mexicans are already feeling the destruction.

Fergus Hodgson
March 8, 2019
Previous
Reclaiming American Ideals with Socratic Dialogue
Next
Real-Time Pay: A Boon for Workers
You might also like
One of the following
April 14, 2022