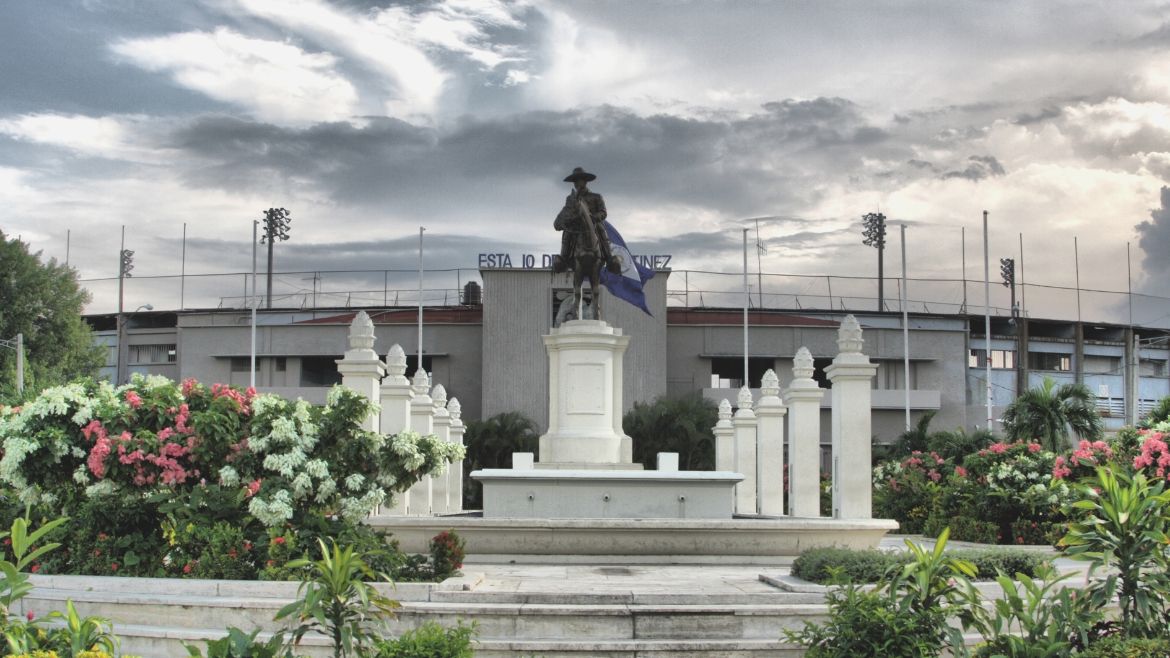 Self-described Sandinistas who distance themselves from Nicaraguan President Daniel Ortega and his brutality are in denial. They refuse to recognize that Ortega and the Sandinista National Liberation Front (FSLN) have continued rather than strayed from the values and tactics of Augusto Sandino (1895-1934).

Sandino’s violent megalomania, given its international and apocalyptic ambitions, was perhaps even worse and more dangerous than Ortega’s. Regardless, Sandinista continuity becomes apparent in the rigorous and meticulously researched biography of the late guerrilla leader: Augusto “César” Sandino: Messiah of Light and Truth (2002).

Marco Navarro-Génie, the author, is a Nicaraguan exile, academic, and policy researcher based in Alberta, Canada. His 208-page work stands apart for its careful piecing together of Sandino’s intellectual and spiritual evolution, although the book also incorporates a concise outline of Sandino’s life story.

Navarro says 25 years have passed since he began his initial research for the Sandino biography. However, he contends “There still exists no other balanced biography that carefully accounts for Sandino’s religious beliefs and how these beliefs played in his political view of the world.”

The book is evenhanded and stays focused on Sandino himself. Navarro barely mentions Ortega and the FSLN—the political movement with Sandino’s name and lineage—so the reader must make his own inferences.

However, the parallels are visible for all students of Nicaragua. They accord with Ortega’s claim to be following Sandino’s dream of sovereignty and (socialist) Latin-American unity. Nicaragua exhibits this in her steadfast alliance with Cuba and Venezuela (formalized by ALBA).

The anti-democratic sentiment, for example, is a glaring commonality. Miskito Indians of Nicaragua’s Atlantic coast, particularly in the 1980s, witnessed how little interest Sandinistas had in ethnic autonomy when the shoe was on the other foot. The Miskito story is preserved in a short 1984 documentary filmed by the late Lee Shapiro: Nicaragua Was Our Home.

The flip side of Sandinista condescension for the will of the electorate is their resort to shameless and sadistic violence to garner submission. In the early 1930s, it was public and drawn-out executions for not paying extortion to Sandino’s minions. In 2018, it was shooting hundreds of student protesters on the streets. Then and now, the perpetrators have justified their oppression on class-warfare grounds, falsely claiming to serve the interests of el pueblo (the common people).

To be fair, there are distinctions between Sandino and his descendants, given the different eras and levels of power at their disposal. Sandino, for example, fell short of central control over Nicaragua’s entirety. In contrast, the FSLN overthrew the government in 1979.

The FSLN terrorists achieved the coup d’état with international backing from the communist regimes of Cuba and the Soviet Union, among other Marxist allies. Although Sandino eagerly sought foreign support, particularly from Mexico and El Salvador, it failed to materialize in a substantive manner. Thus, he struggled to face any military force, except as a guerrilla outside the major cities.

Further, the contemporary movement has largely dispensed with Sandino’s awkward, conflicting, and confusing religious views—perhaps because they run counter to Catholicism, Nicaragua’s dominant religion. His spiritist views stemmed primarily from the obscure Magnetic-Spiritual School of the Universal Commune (EMECU) and his own delusions that he was a supernatural messiah for the mestizo race of Latin America.

The findings in Navarro’s book will be a bitter pill to swallow for the dreamers who lionize Sandino. The illegitimate son of a domestic servant, Sandino was an unstable ethno-nationalist who struggled with his own sense of rejection and changing identities—fluctuating between European and Central American indigenous admiration. While claiming to be an anti-imperialist, he was also a totalitarian theocrat whose dream was to rule all Latin America.

Under the light of day, then, the few ways that contemporary Sandinistas might disagree with their idol are improvements. However, these tweaks have proved immaterial and powerless as the dictatorial and violent tradition remains intact.

The fact that Sandino remains so revered lines up with the Hayekian adage that the worst rise to the top, as we so often see with caudillos popping up all over Latin America. Rather than revive Sandino’s original legacy, Nicaraguans would better realize they are living precisely the type of suffering he brought upon the people of his own era.

The book itself does not take a polemical stand, which is a strength, since it stands as a clear work of history—even if this approach makes it somewhat less compelling. The academic style means it is not a page-turner. However, the prose is refined, clear, and intellectually enriching, particularly given how it places Sandino’s religious views within similar traditions.

Since the book came out 16 years ago, Navarro shares that he has “begun some preliminary work to update it,” although any changes would likely be additions rather than revisions. Further, “there are credible rumors that a private collector possesses a bag of Sandino documents unknown to researchers, which could prove to be a treasure trove for a new edition.”

Such original documents potentially offer a deeper understanding of Sandino’s story and views. However, Messiah of Light and Truth already delivers key insights that dispel the mythical aura among Sandinistas. The wave of suppression in 2018 under Ortega, which continues this year, makes Navarro’s fine work as relevant now as when it was originally released.

Fergus Hodgson
January 25, 2019
Previous
El legado dictatorial de Sandino persigue a Nicaragua
Next
Why Canadians Are Suffering a Bankruptcy Spike
You might also like
One of the following
April 14, 2022