Why Canadians Are Suffering a Bankruptcy Spike 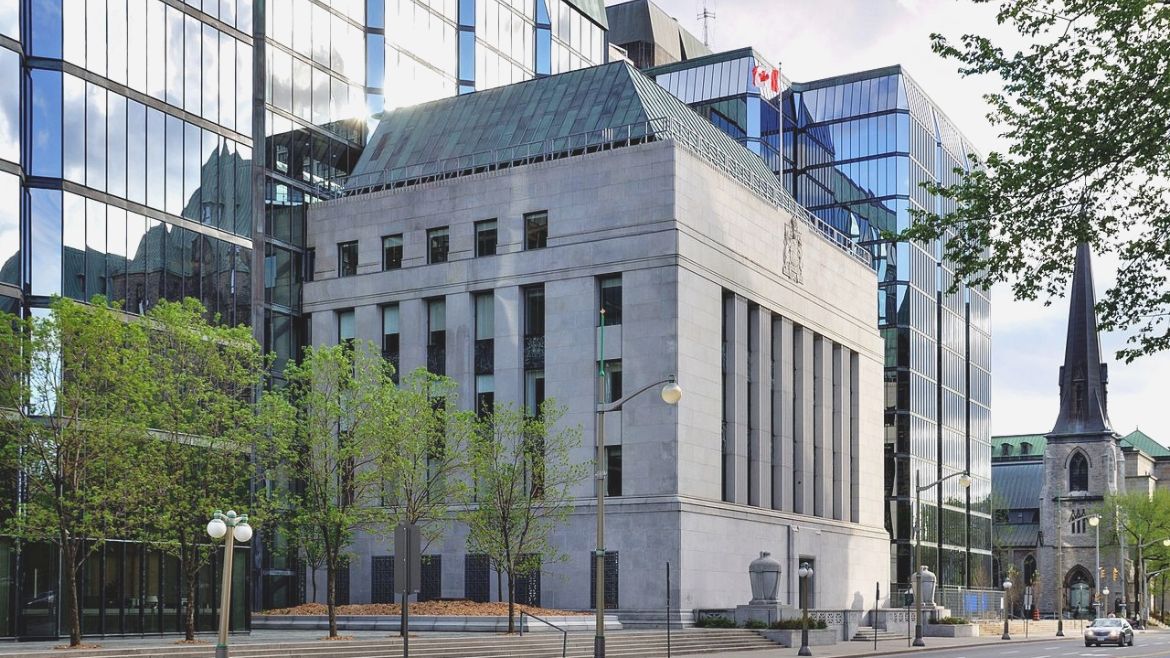 The Bank of Canada building in Ottawa. (Wladyslaw)

Why Canadians Are Suffering a Bankruptcy Spike

What can’t happen won’t happen. If incomes are stagnant while taxes, prices, and interest rates rise, people will fail to pay their debts—as is the case for 120,000 Canadians every year. The long-term build up of urban house prices had already made people financially vulnerable, and consumer insolvencies in Canada increased by 9.2 percent annually through October 2018.

Total consumer debt is currently at $1.834 trillion, and growing. Bankruptcy consultants predict that the number of households struggling to pay debts will increase even more in the coming year and possibly beyond 2020, particularly on account of credit cards and floating-rate mortgages. The household-debt-to-income ratio has climbed to 174 percent, up from 145 percent in 2008.

An Ipsos survey suggests millennials are struggling the worst: 62 percent fear their capacity to repay their debts, versus one third of the general adult population, and 46 percent are “moving closer towards bankruptcy.” Almost half of Canadians acknowledge their difficulties and grade themselves C or below for financial literacy.

After seven years, the Bank of Canada (BOC) began raising its key overnight lending rate in July 2017, and it is now at the highest level in a decade. Accustomed to historically low and even negative inflation-adjusted rates, nearly half of Canadians say the hikes have taken a toll on them. On October 24, when the BOC announced the latest rise, the central bank suggested more aggressive future increases.

Analysts with the Canadian Association of Insolvency and Restructuring Professionals (CAIRP) believe this trend will hurt consumers, and we have yet to see the worst. To stave off more insolvencies, they argue that the BOC should wait until May 2019 for the next hike.

A recent CAIRP report explains there can be a two-year lag before consumers feel the impact of interest-rate hikes. CAIRP emphasizes educating Canadians to avoid unhealthy debt levels and deceptively easy credit. Bankruptcy Canada echoes this sentiment, contending “excessive use of credit is the number one cause of bankruptcy.” On a proximal basis, unexpected disasters are the most frequent straw that breaks the camel’s back, followed by job losses or reductions.

However, an infatuation with interest rates and personal habits distracts from contributing trends in productivity, purchasing power, and discretionary income.

An overlooked aspect of Canadians’ financial woes is taxes. Including all levels, they account for almost half of a family’s annual budget—over $50,000 on average and by far the most expensive item. Yet there is little discussion about how taxes contribute to financial distress.

Even as Canadians have become wealthier in gross terms, tax growth has far surpassed inflation and productivity growth. That means household spending has slowly but persistently shifted proportionally more to taxes and away from housing, food, and clothing.

The housing market started to cool off this year, but price indexes in expanding cities such as Toronto remain at 2017 levels. During the previous eight-year boom, home prices rose by almost 80 percent, hitting young buyers the most.

Similarly, measured inflation has declined in recent months, but living in Canada remains relatively expensive. The average household spent $63,723 on goods and services in 2017, up 2.5 percent from 2016. Housing, transportation, and food accounted for 62.5 percent of consumption expenditures.

Toronto, Vancouver, Montreal, Calgary, and Ottawa are among the world’s 200 most expensive cities. The Ontario capital, along with Vancouver, consistently ranks as one of the least affordable places to live on the planet due to outlandish housing costs.

Despite the official unemployment rate dropping to a 40-year low, and the labor shortage intensifying in some areas, wages in the Canadian economy have failed to keep pace with rising costs. In inflation-adjusted terms, according to StatCan data, Canadians make do with basically the same hourly pay since the 1970s. Excluding overtime pay and other incentives, full-time payroll employees received $27.60 in 2017.

“This trend of wageless growth in the face of a rise in employment highlights the structural changes in our economies that the global crisis has deepened, and it underlines the urgent need for countries to help workers, especially the low-skilled,” OECD Secretary-General Ángel Gurría said in July. She put her finger on the problem of inflexible and insufficiently competitive labor markets for workers to command higher wages when their productivity rises.

Although many ingredients contribute to personal-finance challenges, the first step to solving the problem is recognizing it. Canadians are swimming in debt, with no respite in sight. Rather than throw money at educational programs or cut interest rates—which would encourage people to borrow even more—attention must be paid to why people have less discretionary money to handle their debts. Any policy that raises the cost of living or requires a heightened tax burden squeezes people and should be avoided if at all possible.

Fergus Hodgson
February 1, 2019
Previous
Sandino’s Dictatorial Legacy Haunts Nicaragua
Next
Investors Find Fertile Ground in Paraguay
You might also like
One of the following
January 1, 2021