Venezuelan Regime Takes Bite of Remittances for the Starving 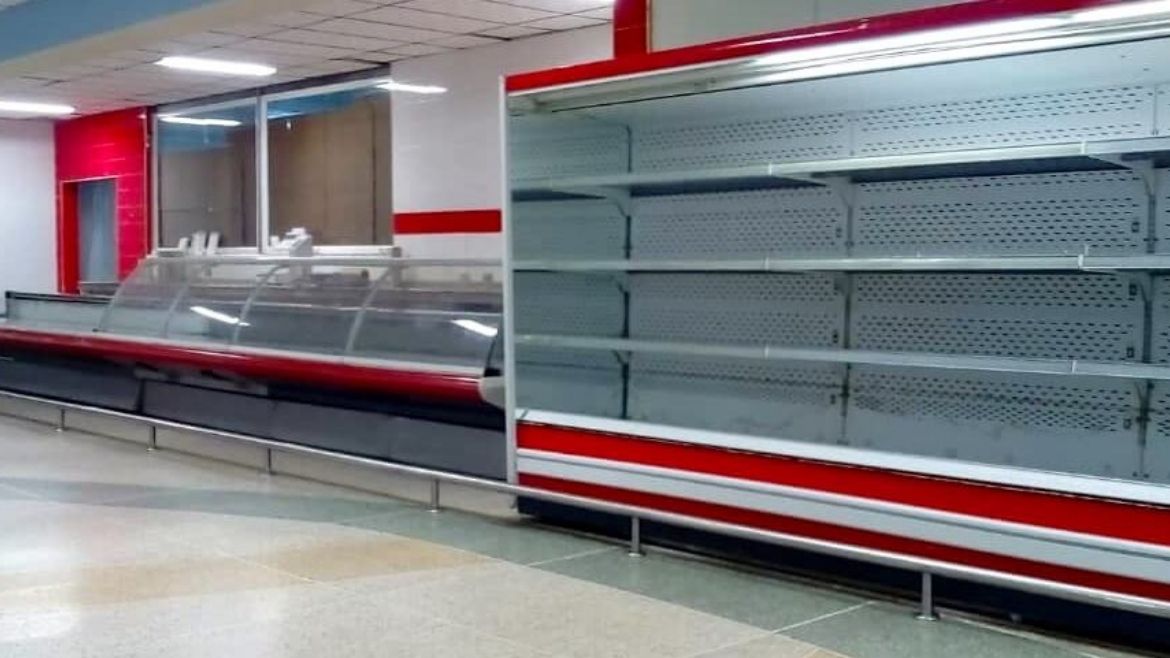 Widespread shortages in Venezuela have prompted emigration and remittances for those who remain. (@newya1207)

Venezuelan Regime Takes Bite of Remittances for the Starving

Nicolás Maduro, Venezuela’s de facto president, has described the millions of exiles as “economic slaves who went abroad to wash toilets.… They should return to live in the motherland.”

What exiles are earning through sacrifice abroad and sending home to their families in dire need is not “despicable” when the regime is hungry for foreign currency. Venezuelan officials are now trying to acquire large portions of remittances through the banking system.

This strategy is to force people to use official exchange channels. The regime can then impose phony exchange rates that devalue the dollar relative to its market value in sovereign bolívares (the new currency with five fewer zeros) and collect an exorbitant cut.

The regime’s cut depends heavily on the arbitrary rates used. As noted by DolarToday, a censored website that monitors Venezuela’s exchange rates, the informal or parallel rate garners 90.51 bolívares per dollar, while the official (DICOM) rate garners 61.02 bolívares.

On August 2, the regime repealed the law that prohibited general currency exchange, which has been thriving on the black market. Currency controls still exist, but no one will be convicted for exchanging currencies via approved channels.

The same decree lifted the 15-year-old ban on remittances. This sleight of hand means there will be three financial intermediaries permitted to process international transfers: Zoom, Italcambio, and Insular Group. They will be licensed to work with international operators such as Western Union and MoneyGram.

On August 27, the Superintendency of the Banking Sector (SUDEBAN), ordered banks in Venezuela to block transfers from abroad, unless the senders report their foreign residence. Few Venezuelan exiles want this target on their backs for further surveillance and potential retribution to family members at home.

Until recent years, Venezuela was not a notable recipient of remittances. A study by the Latin American and the Caribbean Economic System (SELA) reveals that in 2004 Venezuela received 0.27 percent of remittances sent to all Latin America and the Caribbean. At that time—when the Chavista regime was still in its early years—remittances from Venezuela were sent in significant amounts, especially to neighboring countries: Colombia, Ecuador, and Peru.

Some 13 years later, new data suggests that Venezuelans sent home, via informal channels, $1.1 billion in 2017. The magnitude of exile support may be much greater, however. Luis Carlos Díaz—a popular journalist, radio host, and cyber-activist—explains that Venezuelans do not send monitorable remittances in the form of foreign currencies, “simply because there is not a system to do it.”

“What we have is parallel or backdoor channels: the people abroad give or transfer their currencies (dollars, euros, Colombian pesos, Argentine pesos, etc) to a friend, acquaintance, or informal exchange house abroad. A recipient agent then internally deposits bolívares in the account of the beneficiary, so no international currency enters the country.”

Díaz says that the regime is using verbs and numbers in a misleading manner: “If they want to call these remittances because that is the international term, that’s fine, but the currencies do not enter Venezuela.”

Diaz acknowledges that this money still changes the purchasing power of the beneficiary family, but “what is done is to redistribute a mass of money that is already created and that passes from one account to another. That is why it is so difficult for the government to track: there are thousands of daily transactions in which nothing enters Venezuela.”

Why the Sudden Interest?

The Central Bank of Venezuela’s reserves are around $8.57 billion—the lowest level in decades—and that may have been a consideration in the desire to control remittances.

Díaz explains: “Anything that means an income for a group of Chavistas in power, means business for them. Here they have found more funds that can be extracted in an unconventional way, basically because oil money is no longer enough for the ruling faction. Drug money is only for a small group, and some are detained and others under threat. This new option shows up, and it is basically taking money from people, and if they can gain control of it, even better.”

Regarding the SUDEBAN order and the fact that some users are reporting problems when making online transfers from abroad, Luis Carlos Díaz explains that this is because the banks complied with the order. They did so without issuing a formal response to SUDEBAN regarding whether this was technically feasible.

“They were scared, and instead of responding, they blocked foreign access to their websites. They have not blocked access to the accounts, nor the accounts themselves. Therefore, if Venezuelans have a relative or a friend who can operate the account from within Venezuela, they can go ahead with their transactions.”

“We can never forget that this is a dictatorship,” he adds. Another important fact is that Banesco, one of the main banks in Venezuela, is government-run.

“They have a gun to their necks. The government has threatened them all through one of its main banks, so there is no room for criticism.”

For Díaz, three conditions must be met before people will switch to the regime’s approved and controlled exchange institutions: safe transactions, an attractive exchange rate, and security for those on the receiving end. Not one has been fulfilled, he says.

“The third and most important point is that one has to register with the official exchange institutions, so the government will know how much one receives, from whom, and when.”

This information is very dangerous in Venezuela. Vice President Tarek El Aissami, when he was minister of the interior, justice, and peace, admitted that government security forces were behind 25 percent of crimes in Venezuela. Being under the rule of a corrupt state, whose own officials kidnap people to rob them, makes Venezuelans fearful of such a database.

In a country where the average wage is around $30 per month, someone who receives $50 from a relative is getting a lot of money. That makes him attractive to those who commit crimes and have access to insider information—the state.

Guest Author
September 7, 2018
Previous
Colombia on Mission to Be Latin America’s Tech Hub
Next
Incrementalism Has Failed Argentina
You might also like
One of the following
April 14, 2022