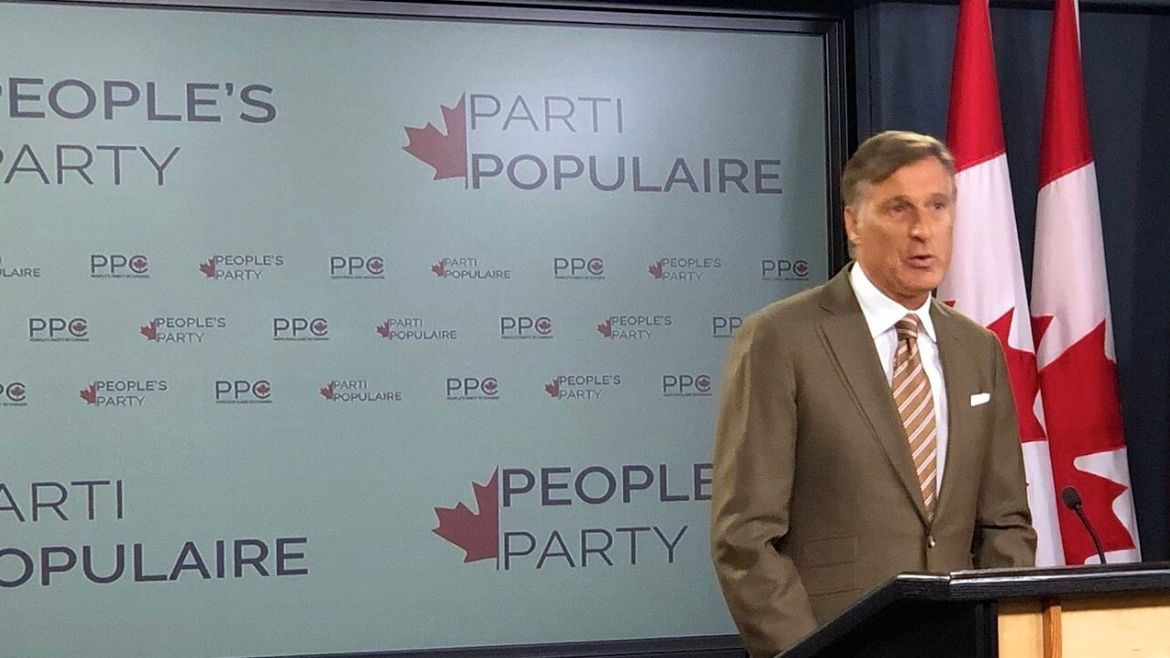 Many are leaving the established parties to participate in the construction and direction of the PPC. (@PeoplesPCA)

When all Canadian members of Parliament sheepishly support cartels and cronies, one man stands alone. That man is Maxime Bernier, a 55-year-old classical liberal from Québec.

When all Canadian political parties would rather rail on President Donald Trump than reach a deal to update NAFTA, one party rises to the occasion and is the adult in the room. That new party, with a name announced earlier this month, is the People’s Party of Canada (PPC).

Mad Max (the moniker he embraces) has a thick Québécois accent, but there is no doubt he speaks the language of a sizeable disenfranchised portion of the electorate. Since announcing his departure from the Conservative Party on August 23, without the support of a single elected official, bottom-up support has been immediately apparent. Before even coming up with a name, Bernier’s then-proposed party had 13 percent support, and a more recent poll puts him at least in the high teens.

From the Ground Up

While Bernier does not have an established political machine, he has taken a page out of Trump’s grass-roots book. He has gone straight to the people and broadened an otherwise stale political discourse that deflects from glaring problems such as provincial “equalization.”

He has used the superficial, petty attacks from both state media outlets and status-quo politicians to his own favor, garnering publicity and pointing out their hypocrisy, corruption, and statist biases. A recent CBC interview, for example, was so lopsided and awkward it was akin to Jordan Peterson‘s infamous sparring with a progressive reporter in the United Kingdom.

Many people are leaving the established parties—particularly those dissatisfied with Andrew “Dairy Queen” Scheer, leader of the Conservatives—to participate in the construction and direction of the PPC. Bernier has described his former party as “too intellectually and morally corrupt to be reformed,” and evidently plenty of Canadians share his assessment. Incumbent Prime Minister Justin Trudeau has also seen his popularity decline markedly since taking office.

Ethan Erkiletian, a tech investor leading the PPC organization in Saskatchewan, says an initial meeting surprised him, given the presence of people from all major parties: “It’s not just us Conservatives that were disenfranchised.” That includes pulling support from the New Democratic Party, which has become Canada’s home for socialists. Its leader, Jagmeet Singh, even shared a heartfelt endorsement of the late communist dictator Fidel Castro of Cuba.

Established minor parties appear set to go further and unite with the PPC. For example, Canada’s Libertarian Party will likely devote its resources to the new party, even without an official merger. Similarly, leading members of the regional Atlantica Party in the Maritime provinces have spoken favorably of the PPC platform. The party’s official Twitter account even shared that “Canada needs more politicians like Bernier, who has consistently put his principles ahead of political expediency.”

Beyond the rhetoric and political wrangling, however, is the PPC platform. For both Canadians and international observers, this is where the rubber meets the road.

Fortunately, Bernier has a long record to consider, dating back to his leadership of the Montréal Economic Institute, an impeccable free-market think tank. Bernier’s broad-based voter support reflects the fact that in 2017 he came excruciatingly close to the leadership of the Conservatives. Even if the formal policies are still undergoing discussion, the party’s website states that the “platform will be mostly based on the same policies” of Bernier’s leadership run.

If there is one thing you can be sure of, it is that Bernier and the PPC believe in laissez-faire capitalism. They will do all they can to support free trade with the United States—to eliminate tariffs and regulatory barriers on both sides—and they will not let cronies get in the way.

For example, “supply-management” cartelization—which inflates dairy and egg prices and blocks American products—is obviously not in the interests of everyday Canadians. The only ones supporting it seem to be the enriched recipients and the politicians beholden to their lobbies.

Even Martha Hall Findlay, a former Liberal Party member of Parliament (2008-2011), has denounced unwillingness to let this go for a NAFTA deal as reckless, self-destructive, and counter to Canadian employment prospects. “Average Canadian families … pay almost $600 more per year for basic nutrition than they should,” she wrote this year in a Toronto Star op-ed.

A Solid US Ally

Beyond supply management and NAFTA, there is more good news for Canadian free marketeers and their American counterparts. Maxime’s broader agenda is for economic liberalization that could mean more affordable energy sources for Americans and employment prospects for Canadians. As reported by Canadian Manufacturing, “Bernier says he hates carbon taxes [and] loves pipelines.” In the case of investors, Bernier has for a long time sought to “ease foreign-ownership restrictions on airlines [and] privatize Canada’s major airports.”

On foreign policy, Bernier and the PPC offer nationalism in a positive sense, one which recognizes Canada’s status as a refined, civilized nation with British and Western traditions. That includes property rights, the rule of law, and individualism.

This pro-Western outlook carries over to foreign aid and immigration. In particular, it suggests a more limited role abroad, with less interest in nation building: “We are not going to send our soldiers to dangerous places where we have no strategic interests just to please the international bureaucracy at the United Nations,” reads one of the PPC policy statements.

In other words, Canada with PPC policies could hardly be a better friend of the United States. Not only is Bernier rattling an entrenched political class, he is pushing the Overton window and policy discussion toward much-needed reforms with broad appeal.

Fergus Hodgson
September 26, 2018
Previous
Latin America Gets Failing Grade in Economic Freedom
Next
What Canada’s New People’s Party Stands For
You might also like
One of the following
January 13, 2022

US Investors Can Now Tap Into Mexico’s Newest Stock Exchange