Equalization Will Come Back to Bite Canadian Provinces 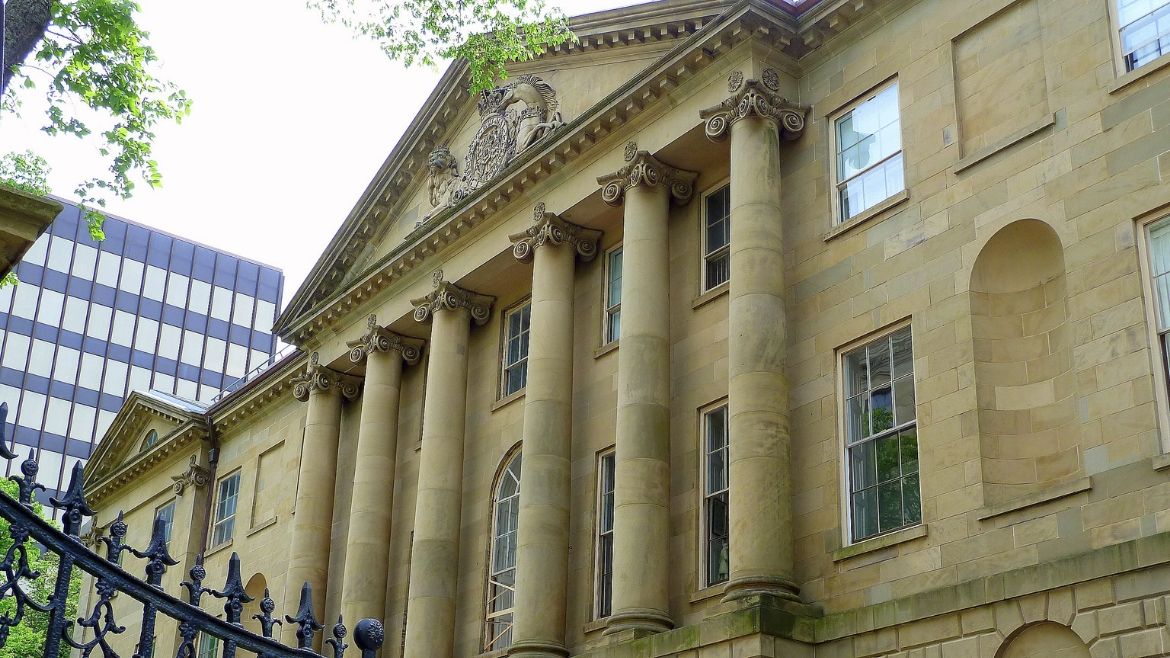 The Nova Scotia provincial legislature in Halifax, as a large recipient of equalization payments, will become less relevant if carrying out the wishes of Ottawa officials. (Tom Flemming)

Equalization Will Come Back to Bite Canadian Provinces

Canada’s vast and wasteful system of equalization payments, valued at CAN$20 billion annually, is unsustainable in its current form. This predicament necessitates one of two options: reform or repeal.

You can guess which of the two is most politically plausible, and the prospect bodes a serious threat to Canada’s constitutional balance of powers. Provincial legislators are set to learn why beggars can’t be choosers.

The Liberal Party government recently kicked the can down the road to 2024, by including equalization’s continuation in an omnibus bill without any debate or transparency. Despite its severely dampening effect on Canada’s economic competitiveness, the near impossibility of the program’s elimination becomes even clearer given the insights of a recent policy paper.

The Frontier Centre and the Atlantic Institute for Market Studies (AIMS)—based in the Prairies and the Maritimes, respectively—have offered a concise and compelling overview, released on July 6 (PDF, 10 pages). However, when the most ardent and innovative promoters of market-oriented policies can only see restructuring, you know the writing is on the wall.

Authors David MacKinnon, Marco Navarro-Génie, and Peter Holle assert that “Complacency about fixing half-century-old programming that is obsolete is no longer an option.” They identify the many problems with equalization, most notably that it does not achieve its stated objective of comparable public services across the nation—not that proponents ever offered comprehensive or compelling data to justify its continuation.

Further, the perverse incentives, which reward mediocrity and dependence, are debilitating to the lagging provinces.

The very large scale of equalization and other regional subsidies changes the balance between public and private economic influence in recipient jurisdictions … [Private sectors] have become so dependent on government business or other government decisions that they have lost much of their independence and the business voice is correspondingly weakened.

At the same time, the authors want to avoid a “national unity crisis.” Half a century of transfers won’t make the poor provinces rich, but they will breed a “sense of unlimited entitlement” and a reluctance to “change behavior or move to other regions.”

And herein lies the kicker. If people are unwilling to let go of the transfers—which cost thousands of dollars per taxpayer in the contributor provinces, such as Alberta and Ontario—federal legislators will have little choice but to add strings to the payments. Either that or Canada’s competitiveness will continue to be subpar, and tension will fester in the contributor provinces, which have fiscal problems of their own.

In fact, strings are precisely what the Frontier and AIMS authors recommend as the least-worst option. They want the transfers “to address the problems noted above in ways that reflect the circumstances of individual provinces or regions.” In other words, Ottawa officials would need wide discretion to dictate how each province could spend the money—”the imposition of conditions that would determine eligibility for equalization in each recipient jurisdiction.”

To be fair, the authors propose handy strings, such as reductions to the size of provincial public sectors, caps on public debts, and a requirement to permit continuation of resource development. Provincial debts, in particular, merit attention, because they have a de facto guarantor in the federal government, and that moral hazard has encouraged fiscal recklessness.

The glaring problem, though, is that he who pays the bills will make the rules. Although some provincial legislators have enjoyed spending money taken from more successful provinces, they should be aware that their dependence will make them vulnerable and unable to reject mandates from Ottawa. Equalization is set to usher in further centralization of power in the Canadian federation, and that centralization will come at the direct expense of provincial autonomy.

Fergus Hodgson
July 27, 2018
Previous
Walmart a Boon for the Hungry
Next
Bolivian Bank Explores Blockchain Applications Despite Ban
You might also like
One of the following
April 14, 2022