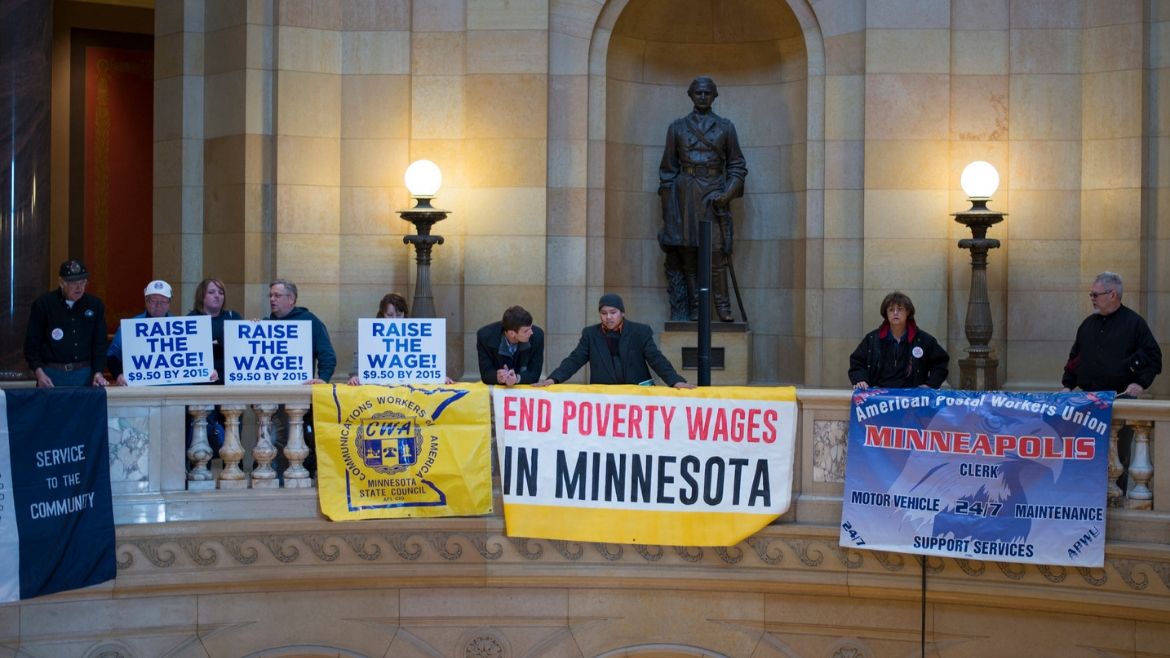 Advocates for the minimum wage forget that (1) a low-paid job is better than no job, and (2) low-wage workers are often acquiring useful experience, a stepping stone to better opportunities. (Fibonacci Blue)

Politicians often turn to minimum-wage hikes when pressed by constituents to “do something” about poverty. However, recently published data from British Columbia, gathered by the Fraser Institute, demonstrates that those impacted are unlikely to even be from poor households.

BC Premier John Horgan plans to raise the hourly minimum wage to CAN$15.20 (US$11.76) by 2021 from the current $11.35—a 34 percent increase. Director of Fiscal Studies Charles Lamman and Senior Policy Analyst Hugh McIntyre looked at who the proposed recipient workers would be. They found that most minimum-wage earners are young, inexperienced workers living with their parents, a far cry from the caricature that turns up in progressive campaigns.

This observation is in line with other Canadian studies (PDF) that have found no significant anti-poverty effects of past minimum-wage hikes. Of those employees who maintained their positions, or did not miss out on jobs that failed to materialize, the extra income simply went to families that were already above the poverty line.

Data shows that teens with entry-level positions will be the policy’s main beneficiaries, not struggling families. The share of British Columbia workers that earn the minimum wage is roughly 5 percent, and of those, more than half are under 25 years old.

Those older often have an employed spouse. Only 2 percent of all Canadians earning the minimum wage in 2017 were single parents with young children. As the authors argue, “this reinforces the point that many minimum-wage earners are not actually supporting a family solely on a single minimum-wage income alone.”

To complicate the case further, it’s not just that the extra income won’t reach families in poverty. Minimum-wage legislation harms job seekers with no skills and whose main competitive advantage is a willingness to work for less. The Fraser Institute report cites 20 Canadian studies on the minimum wage from academic journals, none of which support the idea that increasing the minimum wage is good for non-skilled workers.

Lost on most advocates of wage floors are the basic economic laws of supply and demand, which hold for the labor market: “Just as consumers purchase less of a good if the price rises with no corresponding increase in quality, businesses often respond to an increase in the minimum wage by purchasing less labour.”

The authors aptly illustrate other ways in which businesses react to minimum-wage increases:

This latest push for a higher minimum wage runs completely opposite to what would benefit workers, since it puts the cart before the horse. If the objective is higher wages, the key ingredient is higher productivity or value added to command higher compensation. In fact, many workers desperately need opportunities to both garner experience and demonstrate their reliability and discipline.

That is why I have made the case for the merits of unpaid internships, which require special circumstances in the United States and Canada. In other words, the only good minimum wage is a zero minimum wage.

Keep mind that, in the case of Canada, low-income workers already have the equivalent of the Earned-Income Tax Credit. The Canada Workers Benefit (CWB) is a refundable tax credit and direct transfer. Next year, single parents with family incomes below $36,483 will receive up to $2,335, while single workers making less than $24,111 will receive a maximum of $1,355.

Although bringing its own perverse incentives, the crucial difference from minimum-wage policy is that the CWB is a direct subsidy to workers instead of a price floor on how much employers must pay them. It does not make it costlier to employ low-skilled workers. While no subsidy is sustainable in the long run, at least CWB does not disincentivize the hiring side of the equation.

British Columbians can and must assess policies based on evidence, not on knee-jerk reactions. Talk from Premier Horgan may be cheap, but the impact of a higher minimum wage is real, and it runs counter to the stated aims of advocates.

Fergus Hodgson
June 3, 2018
Previous
Car-Sharing App Shows Why Peer-to-Peer Is Unstoppable
Next
La odisea de un emprendedor estadounidense en Venezuela
You might also like
One of the following
April 14, 2022