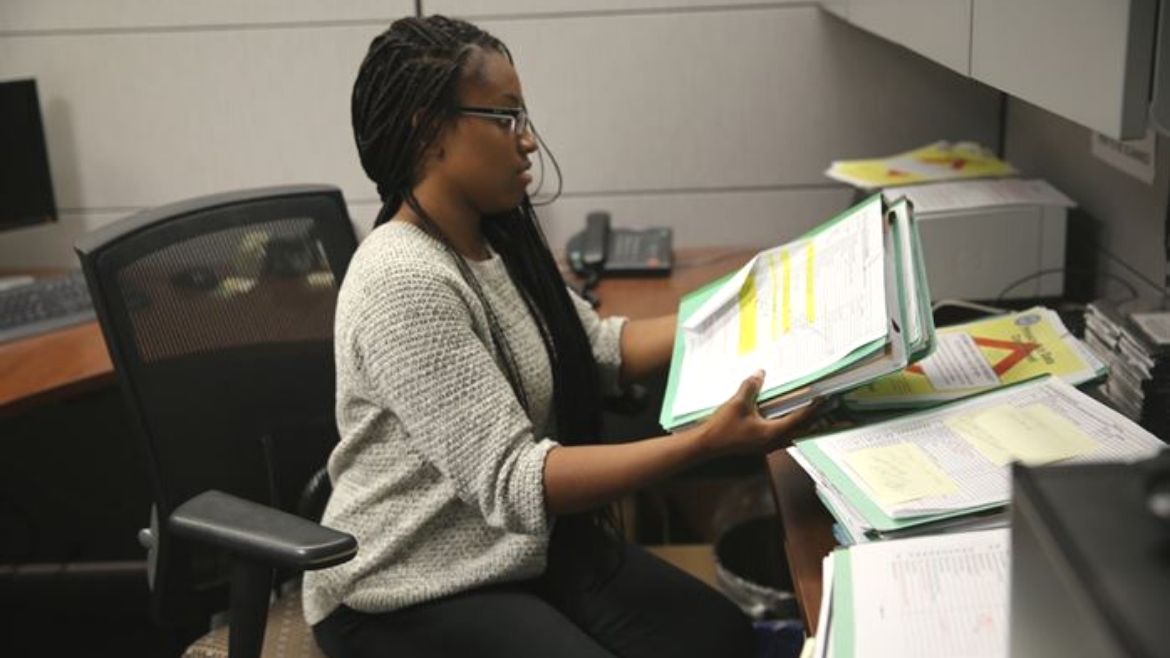 In January, the US Department of Labor made qualification for unpaid internships slightly more lenient. (Marine Corps)

What prevents this transaction from happening boils down to what economists call asymmetric information: one party does not know enough about the other to judge whether the deal is worth the risk.

Employers want to make sure they are hiring someone whose skills match the job description, but absent previous experience they have to rely on proxies: education credentials, awards, letters of recommendation, extracurricular activities, interviews, etc. Even if those all look good, a candidate will likely impose more costs than returns, until he learns his trade.

These proxies don’t bridge the information gap between the employer and the applicant. Their reflection of actual workplace skills varies widely and is limited, although they do suggest responsibility, perseverance, conscientiousness, the ability to learn and collaborate, and other generally desirable traits in a given society or trade.

Internship programs are one method the labor market has come up to solve this information and experience problem. Employees get some amount of time to learn the trade and demonstrate they’re worth hiring, be that for the current firm or another in the same field. The internship adds to a résumé and signals that one has acquired work skills (or has at least tried to). In the United States, 60 percent of college students participate in an internship and/or co-op at some point, according to the latest NACE survey.

However, unpaid internships have come under fire in recent years. Many opponents see unpaid internships as unfair and even morally wrong. “Internships are nothing but a way for companies to exploit young people for free labor,” has become a common trope among progressives.

US labor regulations have severely limited unpaid internships, although somewhat less so since January. If you were a for-profit organization, you basically couldn’t do it unless you were not deriving an “immediate advantage” from the intern.

This effectively barred mutually beneficial arrangements and turned unpaid internships into some sort of charity, which only large firms could afford. The unpaid roles were in legal jeopardy, and the few paid internships went to the privileged few with the right connections and credentials.

Thankfully, the Trump administration has pulled back these regulations to encourage more internships.

Paid internships are obviously preferable, if you can get them, and compensation motivates workers. However, if you lack qualifications and are looking at nonprofits or small to medium-size firms, you’ll likely get an offer of an unpaid internship, which could well be in your best interest.

Consider that you often learn more in an internship than in the classroom (which costs a lot more). College can teach you plenty about a trade, but there is a vast realm that simply falls outside of its scope. Courses are often too academic, out of date, and downright useless for your professional interest. As social philosopher and economist Friedrich Hayek pointed out, there is knowledge that cannot be put into words and transmitted in a classroom. No one reads a manual to learn how to ride a bike; rather, someone teaches you by demonstration and trial and error.

In the same vein, there are skills, codes, tricks, and tools of the trade that you can only learn in a real-life work environment. Furthermore, you acquire a sense of what your career is going to be like, so you can change your mind if you can’t imagine yourself pursuing it for a living. Foregoing a salary for a month or two in exchange for life-changing information isn’t such a terrible deal, and some people even pay for the learning opportunity.

The fact is that they improve your employment prospects.One study by Auburn University found that internship experience led to more job interviews, and a 2012 survey found that over 90 percent of employers believed students should have an internship before they graduate.

Even if you don’t learn anything, which is unlikely, it’s a great opportunity for networking. You may not land a job at the firm where you’re doing an internship, but you’ll likely meet other professionals in the industry and build goodwill for other job openings. A significant hurdle for students and young graduates with no connections is obscurity: no one knows you exist. There’s also a chance that you might stumble upon a mentor who can pave the way for a promising career.

Keep in mind that your choice is your choice, so your decision hinges on your own personal cost-benefit assessment. The moral argument against unpaid internships stems from a misplaced sense of entitlement. Workers don’t have a right to jobs; they have the right not to be impeded from taking jobs that employers are willing to pay them for, be that at US$15 per hour or zero with the promise of more later.

In a perfect universe, everyone would be automatically productive, and firms would have deep pockets to hire employees right away with full salaries. The reality is that taking on a new employee is costly; replacing one is even harder; time constraints are real; and competition is fierce, especially for small and medium-size firms with cash-strapped budgets. Months of low productivity to try out several employees simply isn’t an option. Further, mandatory minimum wages impede a compensation middle ground, and labor regulations can make dismissing unproductive employees more difficult.

Unpaid internships may not be for everyone. You have to be able to afford to “work for free,” at least for some of the time. However, instead of vacationing, paying for summer courses, or doing menial work, you could be jump-starting a long-term career, which makes perfect economic and moral sense.

Fergus Hodgson
February 3, 2018
Previous
Guatemala Tests Probiotics for Oral-Health Breakthrough
Next
Colombia’s Medical Marijuana Flies High
You might also like
One of the following
April 14, 2022