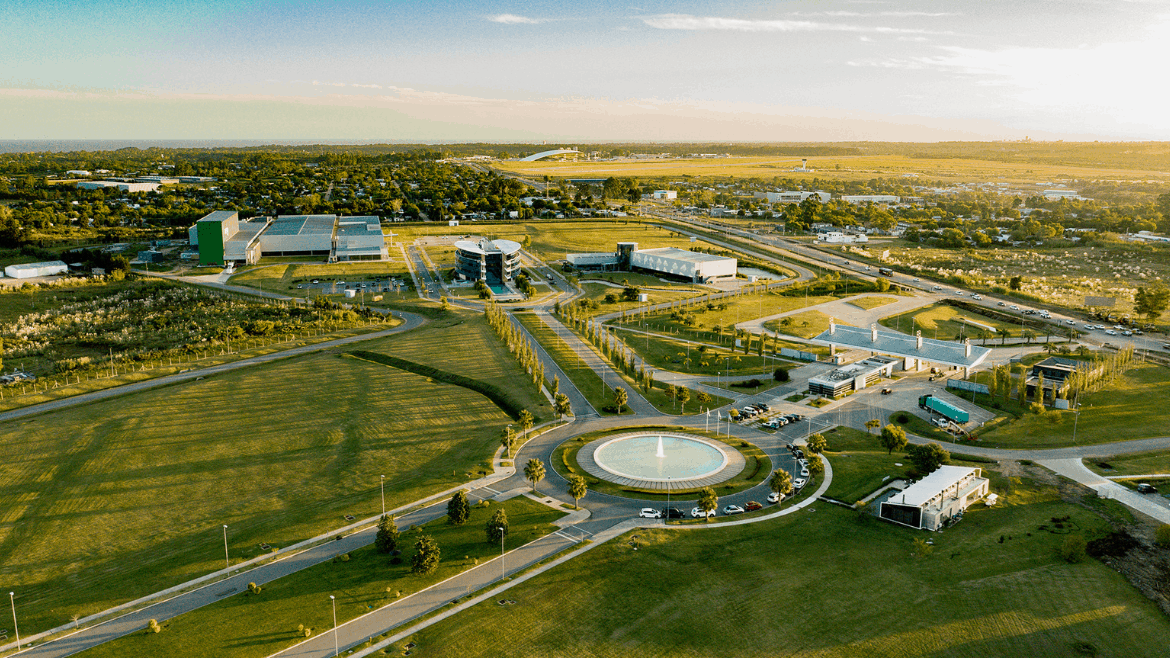 Every time someone uses Gmail, views a YouTube video, or uploads a file to Google Drive, data travels from that computer to the nearest data center. In Latin America, that means Chile. Soon, it will pass through tiny Uruguay as well, a country with more cattle than people.

What is Google’s plan for a second data center in South America?

Through its subsidiary Eleanor Applications SRL, Google has bought 30 hectares of land in southern Uruguay. It is minutes away from the capital Montevideo and the country’s main international airport, Carrasco. The company has yet to announce a date for construction.

Google has 23 storage data centers across the world in nine countries, most of them in the United States. In all Latin America, there is only one: Chile.

To better service the growing share of Latin American customers, Google decided to set up the Quilicura data center near Santiago de Chile, which started operating in 2015.

Google had plans to set up a second data center in Chile, but this one is stalled in a legal fight over its environmental impact. The computers require 169 liters of water per second to cool them, and the Chilean municipality of Cerrillos is disputing Google’s water-use permit.

What is the history of Google’s presence in the region?

The Uruguayan government has been in negotiations with Google since 2017, beginning with the Tabaré Vásquez administration from the Broad Front left-wing coalition. Before debuting in Chile, Google allegedly rejected Uruguay because it did not produce enough STEM university graduates at the time.

In 2019, Google and the state-run telecommunication company Antel finished deploying a submarine fiber optic cable called Tannat connecting Uruguay with Brazil and Florida. In December 2020, the two companies extended it to Argentina.

The tech giant passed over Brazil and Argentina due to excessive regulations and a lack of fiscal incentives. Google does have offices and servers in São Paulo and Buenos Aires, but these provide nodes for the Google Cloud computing services, not storage of main Google products data, which require extensive infrastructure.

What does Uruguay have to offer?

Google’s plot is in a privately run free-trade zone called the Sciences Park. Created in 2011, it is a business and logistics hub with a focus on hosting export-oriented firms in the life sciences and health sectors. It hosts 55 firms, including pharmaceutical and medical-cannabis companies, and over 1,000 employees.

Uruguay has 11 such zones across the country. According to the latest available data, they host 1,126 companies and employ over 15,000 workers. In 2018, their total output reached over $5 billion or 31 percent of the country’s exports. Any foreign or local private company or individual can apply for a permit to develop its own free-trade zone for any type of industry with a minimum investment of $10 million.

Among the fiscal incentives are zero tax rates on land, value added, capital gains, and dividends. Further, there are no import tariffs on supplies and machinery for companies inside these zones. The only applicable taxes are those related to workers’ social security contributions, but foreign workers, who can make up 25 percent of a duty-free company, can opt out of them.

Alongside Chile until recently, Uruguay has historically been one of the safest and politically stable countries in all Latin America. It ranks at the top of world indexes of democracy, economic freedom, rule of law, ease of doing business, and freedom of speech. Uruguay boasts a well-educated workforce, and is the leading exporter of software per capita in Latin America.

What are some potential spillover effects?

In Chile, Google has poured $290 million in direct investment to purchase land, build the data center, and expand its data center several times. The firm has also deployed a 10,500 kilometers-long fiber optics cable along the Pacific Ocean to connect California with Chile and Panama.

In Uruguay, the estimated investment amounts to $100 million, which will boost the country’s status as a tech hub, draw more companies, and spur jobs and career interest in computer engineering, software development, and the like. Linking the data center with the Tannat cable will increase internet speed for customers in Uruguay, Brazil, and Argentina.

The mayor of nearby Canelones, Yamandú Orsi, said this was good news for Uruguay, and thanked “our country, which keeps providing the security that every businessman needs and that positive momentum that has been consolidating over the years.”

June 1, 2021
Previous
E. B. Tucker Pens Gold Primer Fit for Our Times
Next
Latin American Tax Havens and Tax Hells
You might also like
One of the following
April 14, 2022