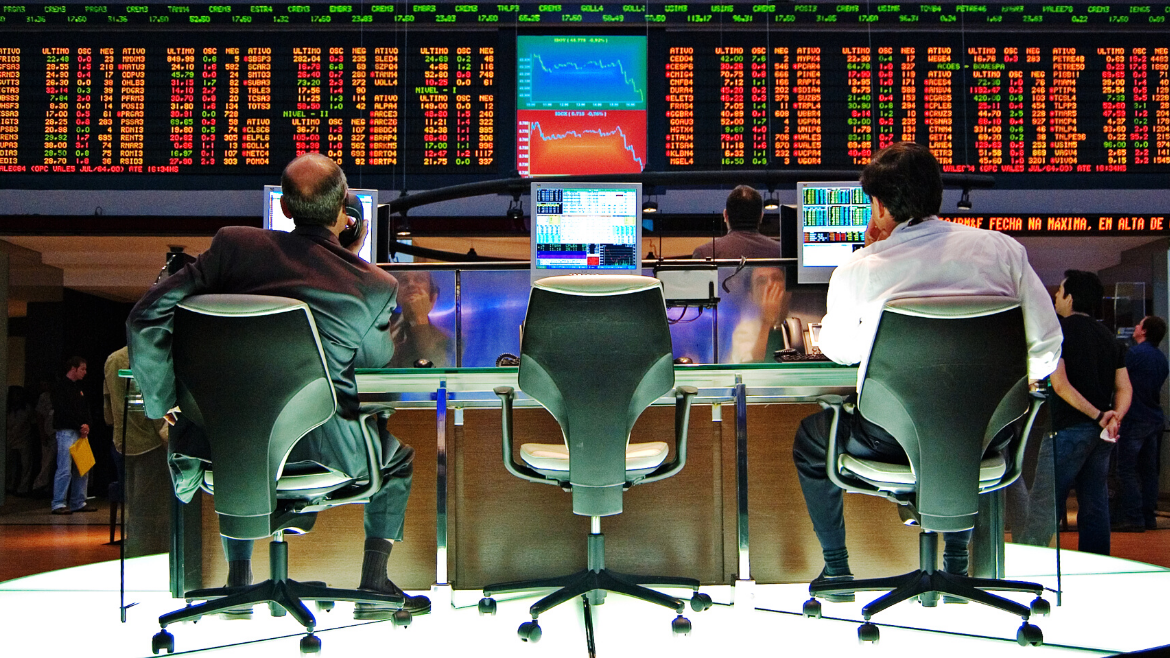 What is the state of Brazil’s economy?

Brazil is the largest economy in Latin America, making up 40 percent of the region’s total GDP, and the seventh-largest economy globally. In 2019, the GDP per capita stood at $8,717.

As with most countries, the COVID-19 pandemic tipped Brazil into a recession. Nonetheless, Coface, an international credit-insurance agency, has given Brazil an A4 rating in business climate, meaning it is acceptable. Coface highlights positive factors including Brazil’s large market size (211 million people) and plenty of investment opportunities. However, barriers to entry for foreign investors remain, such as tariffs and capital controls.

Although the South American country has increased institutional transparency to fight corruption since the 2014 Petrobras bribes scandal, much remains to be done regarding bureaucracy, taxes, and permits.

Pandemic shutdowns and a long-standing economic recession have raised the unemployment rate close to 15 percent. Whereas consumer confidence has dropped during the pandemic, business confidence has remained moderate.

In March 2020, to curb the pandemic’s economic impact, the Brazilian government rolled out an ambitious financial-stimulus package worth over 8 percent of GDP for both businesses and households. In August, the central bank pushed interest rates to 2 percent, a historic low for the country. In 2016, Brazil had one of the world’s highest interest rates: 14.25 percent.

The aid package has created a false perception of recovery, pulling thousands out of statistical poverty, and lower borrowing costs have deployed capital to Brazilian businesses. However, these measures have not been enough to halt the pandemic’s toll on the economy, and the stimulus threatens to widen an already large fiscal deficit.

For Guilherme Mello, an economics professor at the University of Campinas, Brazil’s GDP in 2020 slid back to where it was a decade ago and “will only get back to pre-crisis levels in 2023.”

What drove the Brazilian stock market in 2020?

In March, the most popular and comprehensive stock-market index, the Ibovespa, bottomed out, and has since steadily recovered thanks to the influx of retail investors. According to JPMorgan Chase, Brazil’s stock market will climb to a record high by the end of this year—20 percent above current levels, due to a strong recovery in earnings. According to the firm, Brazil should press ahead with important government reforms to sustain the momentum.

Indeed, political instability continues to undermine capital markets in Brazil. In 2020, the government’s back-and-forth made the Ibovespa plunge repeatedly and had companies cancel IPOs. Another game-changer is the central bank’s interest rate; a rise would spur a move away from stocks and into less risky fixed-income instruments. 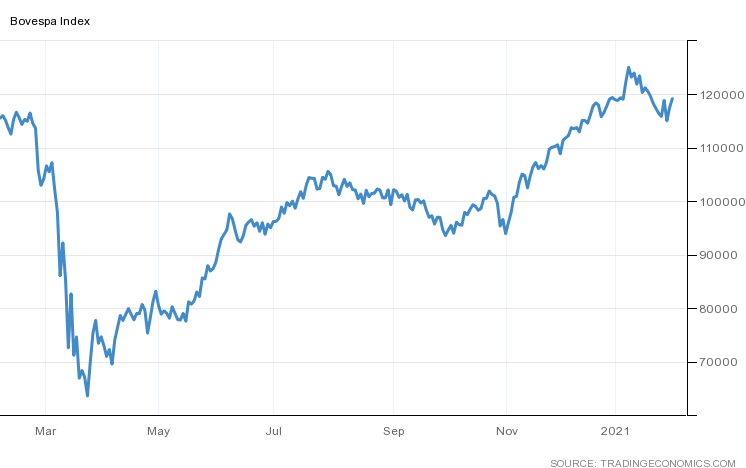 Why are young Brazilians trading stocks?

Around 70 percent of investors in Brazil’s stock market are 46 years old or younger, and almost half are between 25 and 39. Women’s participation has also risen, and they accounted for 25 percent of local investors in 2020.

Besides the shift to equity due to lower interest rates, technological innovations and social-media influencers have encouraged young people to try to beat the market. As in South Korea and the United States, cheap app-based brokerages in Brazil have allowed unsophisticated investors to more easily join the fray.

Just as e-commerce and other online platforms gained momentum amid pandemic lockdowns, trading through brokerage apps such as Rico (meaning “rich” in Portuguese) became a pastime for many Brazilians. Young people at home decided to explore these apps and make money.

The Brazilian financial market is notably ripe for disruption. The top five banks hold 80 percent of the nation’s assets. Fintech challengers are now tipping the scales.

For instance, the independent financial advisor XP launched operations in 2001 and has become the most prominent digital retail broker in the country. In October 2020, XP announced it was removing stock-trading fees from its online platform, Rico. According to the company, a zero-fee structure will drive higher net inflows and cross-selling opportunities.

The same month, XP reported that its assets under management had risen by 60 percent over a year, to $84 billion, and that its active user base had grown to over 1.5 million people, a 72 percent annual increase.

“Neobanks a Game-Changer for Unbanked in Brazil,” by Paz Gómez.

Paz Gómez
February 3, 2021
Previous
Why Invest in Latin America in 2021
Next
‘Naked Economics’ No Match for ‘Economics in One Lesson’
You might also like
One of the following
April 14, 2022