‘Naked Economics’ No Match for ‘Economics in One Lesson’

‘Naked Economics’ No Match for ‘Economics in One Lesson’

A line in a recent National Post news story left me aghast: “Economists are nearly unanimous in their support for the $381-billion deficit Ottawa plans to run in 2021.” One of Canada’s more reasonable newspapers, founded by Conrad Black, published the outlandish notion that unprecedented Keynesian deficit spending is plain-vanilla economics.

This assertion, no doubt the honest belief of the reporter, reflects an opaque field lacking bearings. As Alexander Salter of Texas Tech University recently wrote in a Wall Street Journal commentary, the field has “lost itself in data.” Celebrating the life of UCLA economist William Allen, who passed away in January, Salter wrote: “Allen truly believed in economics—something that is hard to say about most economists these days.… Economics is increasingly less scientific and more susceptible to political influence.”

One way to grasp the gradual splintering, confusion, and manipulation within the field is to consider two disparate books for the layman: Economics in One Lesson (1946) and Naked Economics (2002). The former, by Henry Hazlitt, has for many years been familiar to me as a canon of both economics and liberalism. The latter was recommended reading for my MBA program at Rice University. 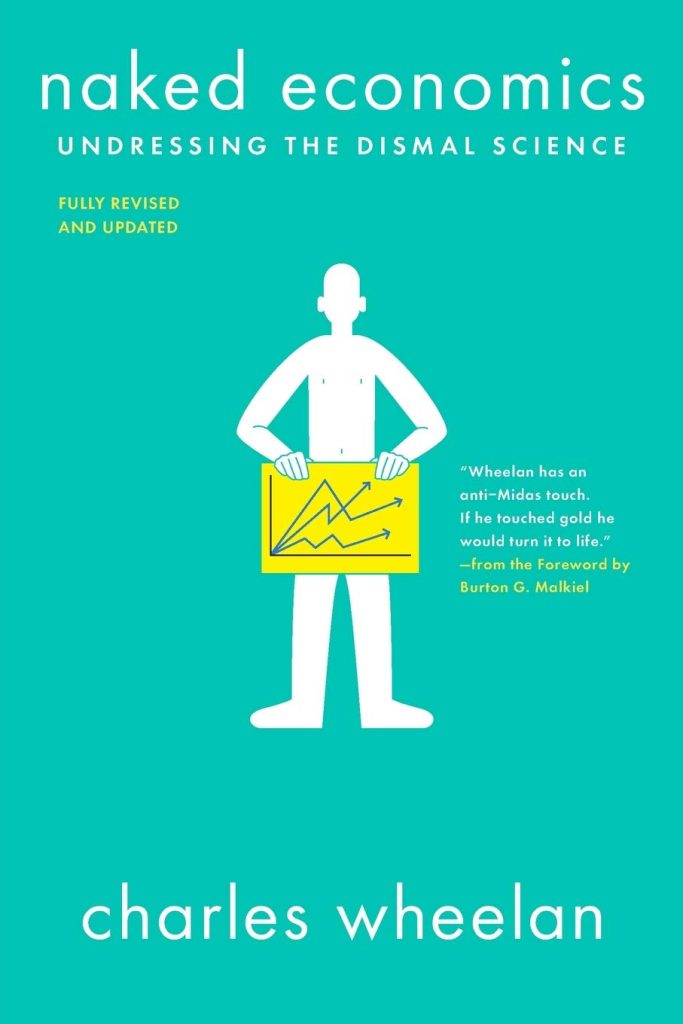 Charles Wheelan, author of Naked Economics and a Dartmouth College lecturer, is a well-read, thoughtful gentleman. His more recent book, Naked Statistics (2013), does an honorable job of making statistics accessible, clear, and meaningful.

However, his earlier work “for people who never studied economics” fails to distill the most fundamental elements of the discipline. Rather, it is a broad survey that delivers a muddy message, reflecting what has come of academic economics. By taking on too many topics and engaging in political rhetoric—belittling critics of US federal overreach, for example—he sets himself up for failure. Many readers have no doubt come away from Naked Economics more confused than when they went in.

Wheelan goes astray right from the first chapter: “Economics starts with one very important assumption: individuals act to make themselves as well off as possible.” Although there is a grain of truth there, the foundational principle of economics is scarcity, which necessitates trade-offs and resource allocation. Gregory Mankiw of Harvard University notes in Principles of Economics—in its ninth edition and the most popular economics textbook in the United States—that “economics is the study of how society manages its scarce resources.” 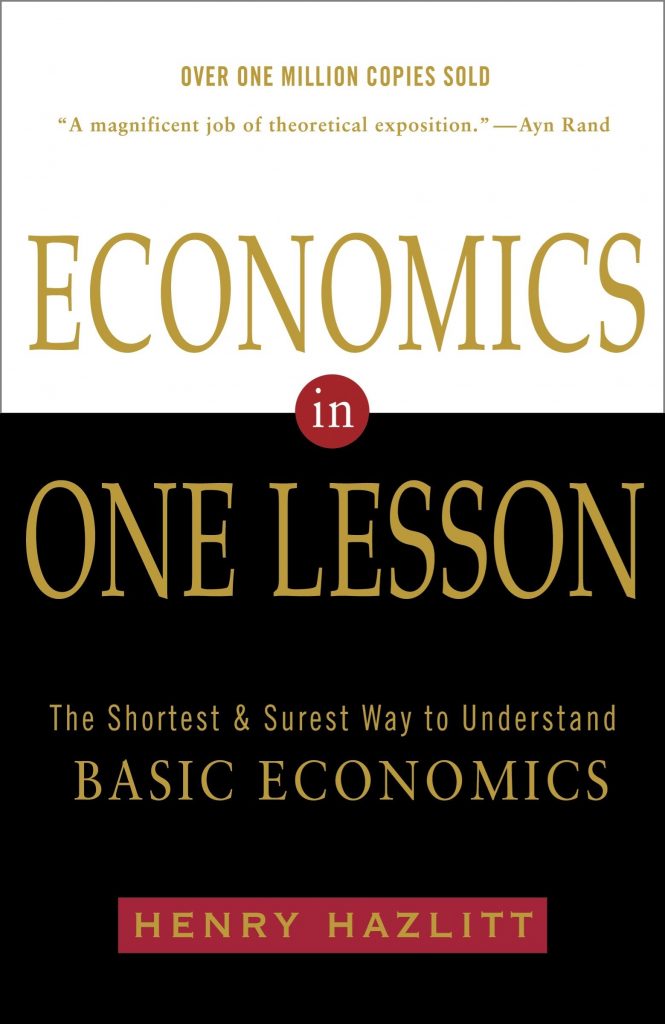 In contrast to Wheelan, Hazlitt takes on a humble objective: to deliver an “unblushingly ‘classical,’ ‘traditional,’ and ‘orthodox’” synthesis of economics. This is the most fitting way to approach the layman, who will only retain a few lessons from an introductory book. Hazlitt offers just one lesson.

Hazlitt was the first vice president of the Foundation for Economic Education (FEE), which continues his noble work. He believed two predispositions impeded people from recognizing the broader impacts of decisions: (1) self-interested pleadings for special treatment and (2) the persistent tendency to see immediate effects and overlook secondary consequences.

In his canon, his singular goal is to ferret out fallacies by overcoming those two predispositions. After 75 years, the simplicity and clarity of his book mean it has stood the test of time—without any need for a revision or update. Economics in One Lesson is still the book I recommend to anyone seeking an economics primer.

Naked Economics will not stand the test of time, despite the title, which implies just the bare bones of economics. Wheelan perhaps never intended it to become a canon. He gets into the weeds of topical content, focusing heavily on current and recent events in the United States. Further, despite being the founder and cochairman of the United America NGO, he does little to conceal his moderate-Democrat inclinations. After all, he ran in a Democratic Party primary for Congress, and in the book he mocks anarcho-capitalist economists such as Walter Block and David Friedman.

Further, he appears blind to his own biases, falsely championing himself as a “radical centrist.” For example, he notes public spending as a percentage of GDP as his gauge of government size, assuming spending should grow in proportion to the rest of the economy. As economist Robert Higgs has said, “that doesn’t make a lot of sense.” We don’t assume the cost of other items should follow such a pattern.

Wheelan’s ideological blindness reminds me of when two prominent economists in Canadian universities—David Green and Joseph Marchand—offered a purportedly value-free assessment of the minimum wage. One published his research with the C. D. Howe Institute, which showed job losses. Yet he and his coauthor proceeded to advocate a $15 minimum wage on “equity” and “turnover” grounds.

The challenges of economics as an academic field are vast and will continue to be a pertinent topic in my financial writing. In particular, the trend towards less theoretical and more empirical economics is becoming obvious, as are the consequences. As documented by Econ Journal Watch, progressive ideology and central-banking biases have long been undermining classical economics, polluting the field, and orienting it towards policy interventionism.

Naked Economics has plenty of laudable material, notably regarding Gary Becker on family economics and Ronald Coase on property rights and externalities. However, the book is a product of its time and much of the good in it will likely go over the layman’s head. Wheelan’s book on statistics remains his more useful work, and Economics in One Lesson, despite being 56 years senior, retains its spot as the go-to economics primer.

Fergus Hodgson
February 19, 2021
Previous
How the Pandemic Drove Brazilians to Stocks
Next
The End of Cuba’s Artificial Hard Money