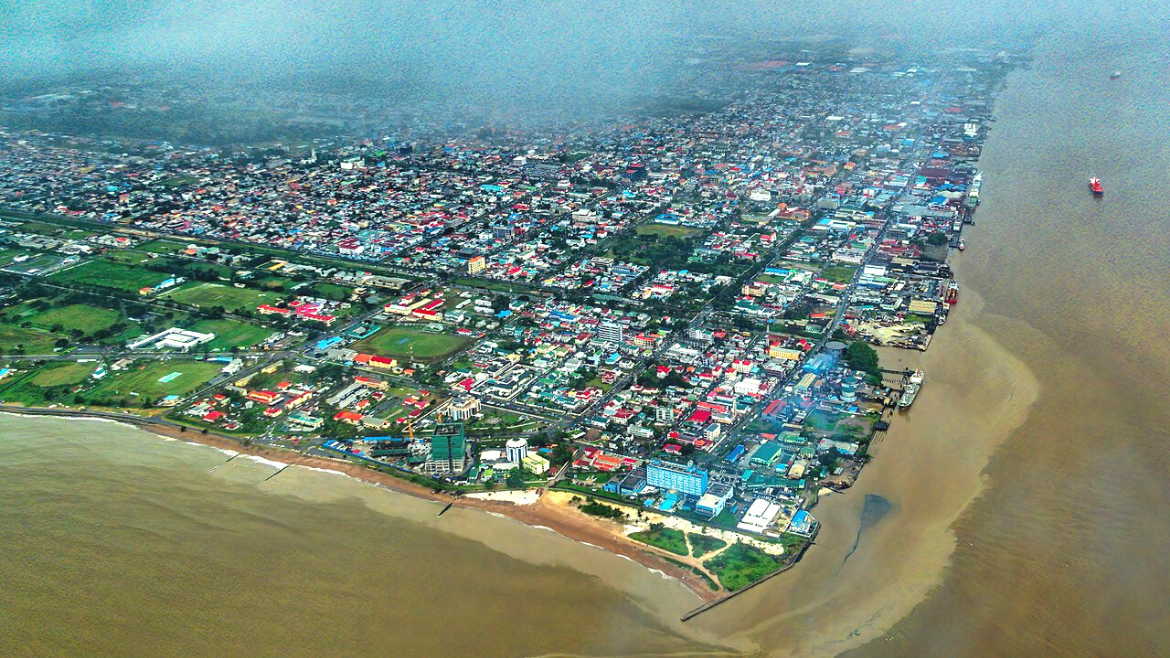 In 2015, Guyana, an agriculture-based economy, found oil deposits along 193 km of its coast. (Dan Lundberg)

On August 2, 2020, the Guyanese Electoral Commission announced that opposition candidate Irfaan Ali had won the March presidential election, settling a five-month political crisis. On September 18, Mike Pompeo became the first US secretary of state to visit Guyana, signalling interest in this soon-to-be petrostate and geopolitical player.

A tiny English-speaking country in northern South America, Guyana will be the world’s fastest-growing economy thanks to the massive oil reservoirs discovered in 2015. However, the electoral feud that led to a vote recount delayed development permits and the economic spillover from oil exports. Additional challenges include territorial disputes with neighboring Venezuela and institutional weaknesses.

How much could oil boost Guyana’s economy?

In April, despite the pandemic’s first wave and the oil-price war between Russia and Saudi Arabia at the time, the International Monetary Fund (IMF) forecast 52.8 percent GDP growth for Guyana in 2020.

ExxonMobil started producing oil in Guyana in December 2019, triggering hopes of unprecedented economic development. By 2025, Guyana could export between 700,000 and 1 million oil barrels per day, rivalling Colombia, the United Kingdom, and Libya.

Who is the new Guyanese president?

Irfaan Ali was born in a Guyanese village called Leonora to a Muslim family with Indian roots.

For 20 years, he has been part of the left-wing People’s Progressive Party, rising up from the ranks of the party’s youth branch.

Ali was a congressman from 2006 to 2015, and he also served as minister twice: of housing and water; and of tourism, industry, and commerce. He also worked as a project manager at the Caribbean Development Bank.

The tight March 2020 presidential race led to fraud accusations and sanctions by the US State Department on former President David Granger of the People’s National Congress. A recount revealed that Ali won with 50.96 percent of the votes, becoming the first Muslim president of a South American nation. His party also secured a slight majority in Congress, 33 out of 65 seats.

What is the state of Guyana’s oil industry?

In 2015, Guyana, an agriculture-based economy, found oil deposits along 193 km of its coast. Since then, the Guyanese government has granted exploration rights to international companies, including the Spanish Repsol and the US Anadarko Petroleum.

ExxonMobil, Hess, and CNOOC Nexen—which respectively have 45, 30, and 25 percent of the Stabroek deposit’s rights—have been the first firms to produce and trade Guyanese oil in late 2019. Political uncertainty, however, has delayed the project’s next phase, Payara-Pacora. 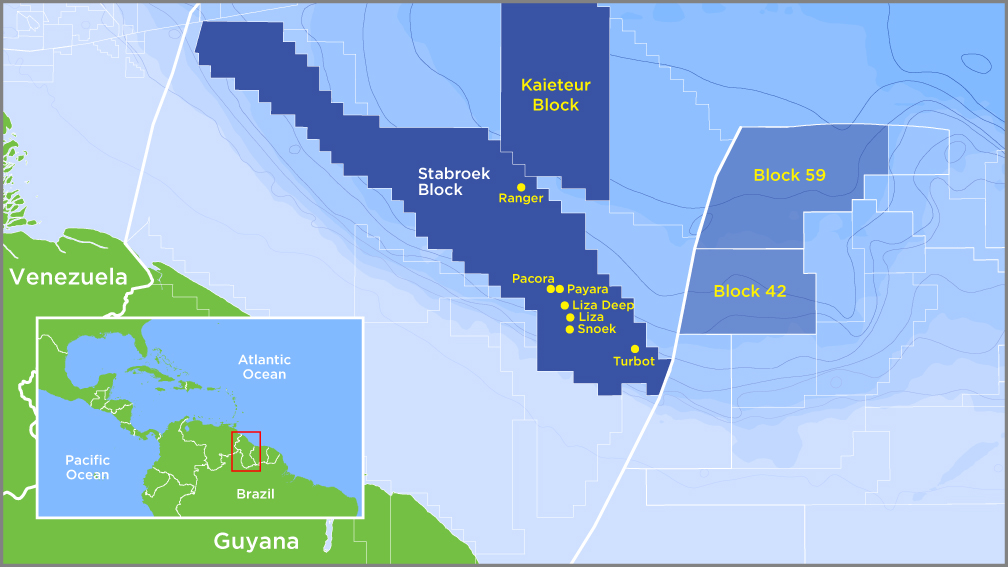 According to Rystad Energy, the time lag has resulted in a reduction of 50 million barrels from the nation’s total output by 2030. If Payara-Pacora continues stalled, Guyana could further lose the chance to export between 10 and 75 million barrels during the next decade.

However, civil-society groups have criticized terms of exploration deals with private companies that grant them generous profit margins of almost 50 percent.

Additional concerns are corruption and cronyism. Fragile political institutions and the lack of rule of law could undermine economic development. To prevent misappropriation and secure long-term benefits for the Guyanese people, the country enacted legislation creating a sovereign wealth fund, similar to Norway’s, managed by the central bank. Ali’s administration has also signaled it would renegotiate oil contracts with US companies to improve the terms for the Guyanese state.

What are the main obstacles to Guyanese development?

The sector, as a result, has reported huge losses and has started cutting operational costs wherever possible.

Although major industry players have committed to exploring Guyanese crude deposits, the pandemic has stalled progress. ExxonMobil, for instance, has announced it will reduce capital investment by 30 percent in 2020.

Guyanese transparency advocates have demanded the disclosure of oil contracts and effective oversight of all actors involved.

The World Bank has granted the Guyanese government $20 million to strengthen its legal, institutional, and project-management capacities. It has also provided a $35 million credit to bolster the country’s financial and wealth-management strategies.

Venezuela’s economic collapse and growing humanitarian crisis have worsened diplomatic relations between Georgetown and Caracas, as they have aggravated Guyanese national security.

For 120 years, Guyana has kept a territorial dispute with Venezuela on the Essequibo region, a 61,776 square-mile area of almost impenetrable forest that includes part of the offshore Stabroek oil deposit. The case is now pending before the International Court of Justice in The Hague.

After Ali took office in August 2020, Venezuelan strongman Nicolás Maduro urged Guyana to restore diplomatic relations. Instead, Ali announced his support for the US-led regional coalition to enact regime change through elections in Venezuela during the visit of US State Department Secretary Mike Pompeo in September 2020.

In the meantime, Guyana is facing more pressing concerns: the mass migration of Venezuelans and violence spilling over from socialist Venezuela.

Along with migrants, guerrilla groups such as the National Liberation Army (ELN) and Venezuelan drug gangs are breaking into Guyana. Their presence threatens the small country’s limited security force of 3,500.

With few economic opportunities at the Guyanese border—such as gold mining and musical performances at local bars—Venezuelan refugees fall prey to black-market activities such as smuggling, extortion, theft, and prostitution.

Normally flying under the radar of the narcotics trade, Guyana is a transit country for South American cocaine bound for Europe, West Africa, the United States, Canada, and the rest of the Caribbean, according to the US government’s International Narcotics Control Strategy Report.

In 2019, Michael Atherly, then director of Guyana’s anti-narcotics agency, said the country remains a trafficking hub for drugs around the world. The oil boom and Venezuelan lawlessness could prove to be a dangerous mix for Guyana in the years to come. In September 2020, the United States and Guyana signed an agreement to perform joint maritime and air patrols.

Paz Gómez
September 23, 2020
Previous
Neobanks a Game-Changer for Unbanked in Brazil
Next
How the Cuban Revolution Ate Its Own
You might also like
One of the following
April 14, 2022