IRS Silence on Cryptocurrencies Is Deafening 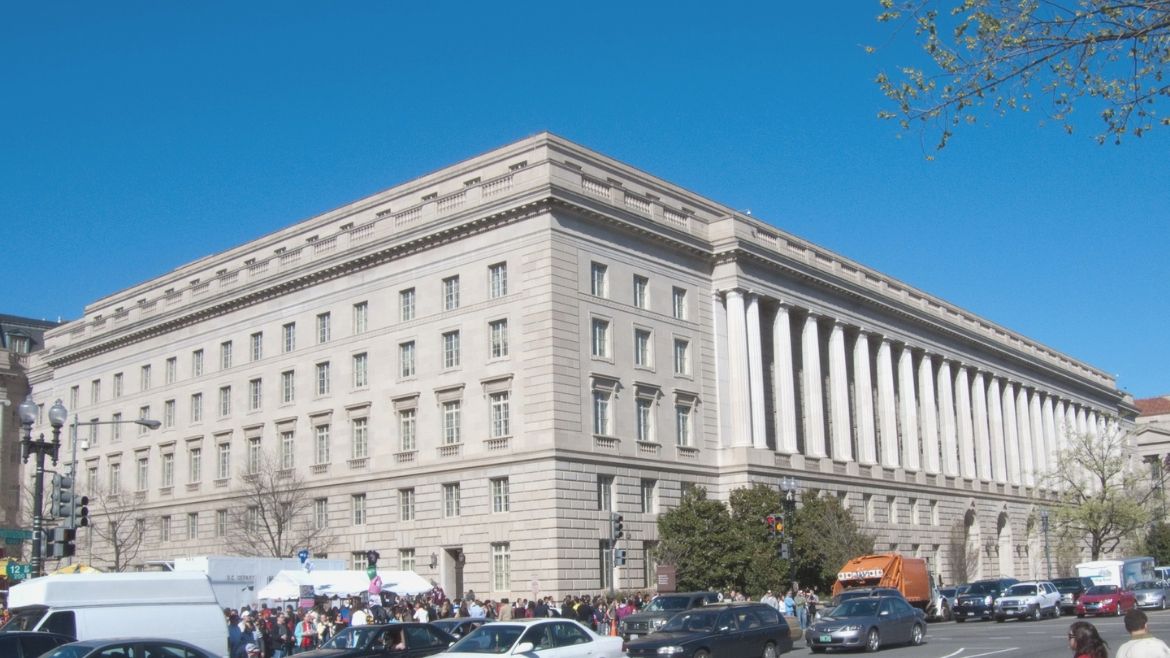 IRS Silence on Cryptocurrencies Is Deafening

Filing their taxes with the Internal Revenue Service in April, those who owned cryptocurrencies faced some serious questions: how to report gains and losses on cryptocurrencies? This confusion reflects the technology’s disruptive nature and the unwillingness of the IRS to clarify mounting questions.

Five years have passed since an IRS statement on how to apply “virtual currency” to the tax code. Cryptocurrencies were to be “property” and not a currency. Thus cryptocurrencies have been subject to capital-gains taxes, like stocks, and losses on them could be deducted to offset other gains—not that many holders have recorded or reported such details.

Since then, all the IRS can muster is to remind Americans that “income from virtual currency transactions is reportable” on tax returns. The most likely explanation for the nonresponse is that the IRS doesn’t know how to grapple with the changing landscape. Further, the IRS couldn’t enforce the prevailing guidelines, even if it wanted to. That is why a de minimis exemption on small transactions makes sense, as proposed by Rep. David Schweikert (R-Ariz.).

Ambiguity from the IRS brought on a bipartisan letter from Congress in April, led by Rep. Tom Emmer (R-Minn.) and signed by 20 other members of the House of Representatives: “Rather than providing clarity, the IRS has instead increased enforcement activities against taxpayers who ‘misreport’ their cryptocurrency transactions.”

Noncompliance the Rule, Not the Exception

IRS fear mongering and selective enforcement—seeking to make an example of a few high-profile people—is ripe for abuse and wrongful punishment. In 2015, a mere 802 people complied and reported cryptocurrency transactions, down from 893 in 2014, so literally millions of people have ignored IRS exhortations. According to crypto-analytics firm DataLight, Coinbase leads exchanges with the most U.S. traders (8.5 million), followed by Binance (3.3 million), Bittrex (1.5 million), and Bitfinex (300,000).

One man who has celebrated his noncompliance is John McAfee, who sought the Libertarian Party nomination for the presidency in 2016 and is campaigning again for 2020. McAfee claims “cryptocurrencies free the individual from the yoke of currency controlled by governments, [and] governments will not be able to collect taxes when everyone is using privacy coins.” These are peer to peer, untraceable, and don’t require permission. Futurist author Max Borders concurs: “cryptocurrency and income tax cannot coexist.”

Enforcement shortcomings notwithstanding, many cryptocurrency traders are simply unaware of tax obligations. Credit Karma, a popular tax-preparation software firm, surveyed 1,009 U.S. bitcoin investors in November 2018. Only 53 percent claimed they would report on gains or losses to the IRS, and 35 percent falsely believed they weren’t required to report their bitcoin investment gains or losses.

Cryptocurrency holders are justified to be confused. Despite requests from several institutions and lawmakers, loopholes remain. In April, the Coin Center—the nation’s leading policy institute on “cryptocurrency and decentralized computing technologies”—published “A Duty to Answer.” This report notes six basic questions lacking answers, including: “How should taxpayers determine the fair market value of their cryptocurrency?”

The Coin Center is far from alone. In October 2018, the Information Reporting Program Advisory Committee, an external advisor to the IRS, published a report citing lingering concerns from tax accountants: “Can cryptocurrency be considered a specified foreign financial asset? How is the basis determined for cryptocurrency that is sold? Does broker reporting apply to cryptocurrency transactions?”

Tyson Cross, a tax attorney from Reno, told CNBC: “We have no answers from the IRS on the finer details … People go to prison for not reporting their foreign bank accounts. We don’t know if a cryptocurrency exchange is a foreign financial institution. The fact that the IRS hasn’t said if people should be reporting these accounts is unfortunate, to say the least.”

What makes the lack of answers so perplexing is the $25 billion bill left on the sidewalk, as estimated by Fundstrat Global Advisors and well-known to the IRS. If that isn’t enough to incentivize advice and regulatory updates from the IRS, what is?

The Web of Confusion

Although the IRS told cryptocurrency holders to treat the digital tokens as property, not currency, the federal Financial Crimes Enforcement Network treats intermediaries as “money” exchangers. The Securities and Exchange Commission, on the other hand, has classified traded cryptocurrencies as securities and as cash. Carol Goforth of the University of Arkansas stated that “a single crypto-asset is often regarded simultaneously as money, property, a commodity, and a security.”

For the agorists among us, this may be music to their ears. However, those who seek to remain within the law, particularly institutional investors, will be less inclined to trading and participation. That way they will not get ensnared by conflicting regulations.

Further, a hands-off approach will avoid scrutiny. Even if the IRS is largely letting taxes of cryptocurrency transactions go unenforced, the federal agency has been ramping up surveillance and encroaching on financial privacy.

In 2016, the IRS began a bitter legal battle with Coinbase, the world’s largest cryptocurrency exchange with direct links to U.S. bank accounts. Even though Coinbase had always sought to cooperate with legal authorities, the IRS wanted a sweep of every single user from 2013 to 2015—roughly a half-million individuals. Coinbase balked, but in late 2017, it had to disclose the personal details of 14,000 accounts.

Aside from tax protesters and cowboys looking to make a quick buck, everyone loses from this awkward stalemate, particularly the rule of law. Jerry Brito, director of the Coin Center, believes the IRS’ pursuit of Coinbase undermined “our country’s image as the home of innovation. … By creating an environment in which developers and entrepreneurs think twice before using such technologies for fear of being labeled a potential tax evader, we risk driving that innovation into the arms of foreign competitors.”

The IRS approach, to flail about without clarity, is surpassed in foolishness only by calls to ban cryptocurrencies altogether. On May 9, Rep. Brad Sherman (D-Calif.) did just that, and his chief concern was the way cryptocurrencies would erode (his) federal power, precisely why so many people favor them.

Whether Sherman and his allies accept cryptocurrencies or not, the ship has long since sailed on cryptocurrency prohibitions. When you cannot beat them, you better join them. The IRS and other federal agencies need to smarten up and accommodate cryptocurrencies, lest the new technology erode not just federal power but also the rule of law.

Fergus Hodgson
May 12, 2019
Previous
Suppress Airbnb, Expect a Black Market
Next
Andrew Breitbart’s Battle Lives On
You might also like
One of the following
April 14, 2022