Alternative-Media Hero Has Clarion Call for Our Generation 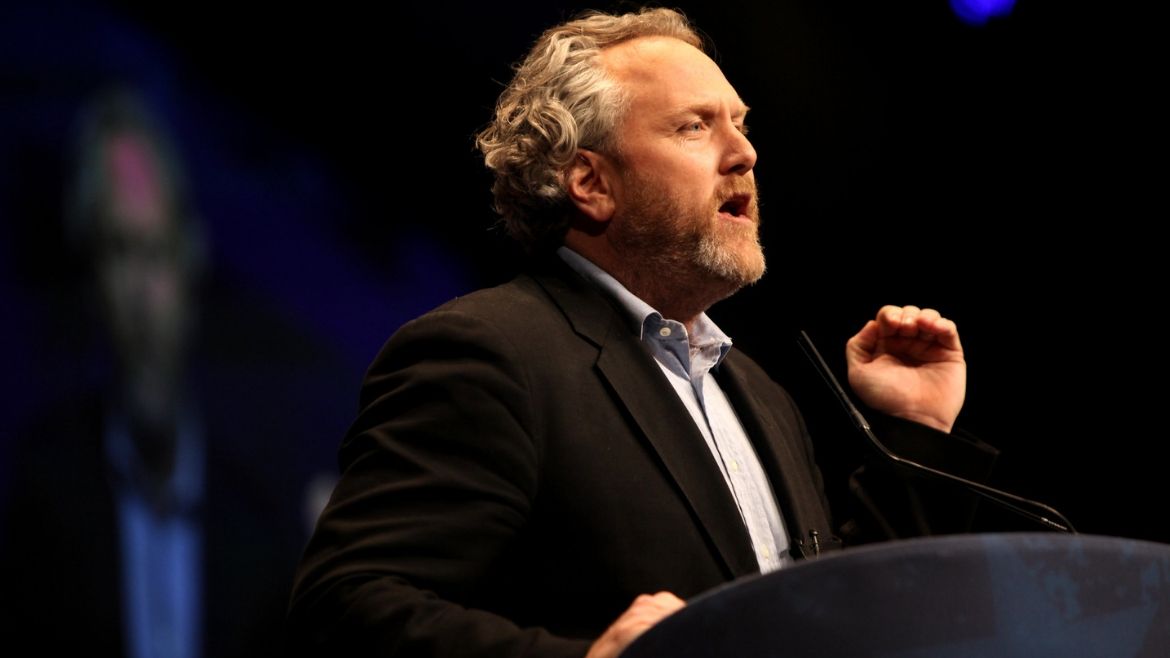 Andrew Breitbart's electric, combative style changed the course of US media, but his battle is far from over. (Gage Skidmore)

There is no prude more zealous than the reformed prostitute, and Andrew Breitbart’s conversion story explains why he was so intense and emboldened. His singular mission was to confront the prevalent deceit in progressive media, which still dominate the US audience.

Although written as a rallying cry to fellow believers in limited government, his book stands as that and more. Righteous Indignation (288 pages, 2012) is the autobiography of a man who changed the US media landscape and left us too soon, passing away in 2012 at 43.

Subtitled Excuse Me While I Save the World!, Breitbart never pretended to be neutral or balanced. Rather, he was focused on showing his opponents to be arrogant, clinical liars. He felt compelled to do so, given a sense of betrayal after being a true believer in his youth. His social-justice inclinations climaxed during his years in New Orleans at Tulane University.

One day he came across a friend’s father whose bookshelf featured a few conservative authors. The elderly gentleman encouraged him to listen to Rush Limbaugh, and Breitbart accepted the challenge of what became a gateway drug.

Upon graduation, Breitbart began to realize the victim mentality he learned at Tulane was not going to cut it in the workplace, nor was his American-studies degree. As he faced daunting menial labor combined with no more sympathy and free lunches from his parents, he weighed his options and found a home in the rising internet of the 1990s.

Given his California connections, he managed to work with Arianna Huffington, and he built the Huffington Post during the time of his conversion. Breitbart welcomed the Huffington Post, because he saw it as a place where progressives and socialists would show their true colors, in contrast to platforms—we all know their names—that pretend to be objective and unbiased.

The most memorable part of his story is his showdown with a handful of Democratic Party congressmen. The congressmen chose to walk right through a crowd of Tea Party activists in Washington, DC, when the legislators would normally walk between buildings underground. Then they accused the crowd of yelling the n-word 15 times.

Breitbart smelled the trap and shameless lie, one of many detailed in the book. If someone could bring evidence of a single instance, much less 15, he offered a $100,000 reward to the United Negro College Fund. Despite countless recording devices present, not a single piece of evidence was to be found, and all these crocodile-tear victims were outed as liars.

This instance confirmed to him that the alternative media could stand up to legacy outlets and, with the right strategy and courage, make them back down. Breitbart noted Matt Drudge, with his Drudge Report, as a leader of this transition.

One of the tragedies of Breitbart’s passing is that he is not here to fight the new battle for independent media: censorship. Outlets and individuals that push the envelope now find themselves de-platformed and shut out of the public debate. One such witty and now largely silenced man is Gavin McInnes, cofounder of Vice Media and formerly of Rebel Media.

The take-home message from Breitbart is that the enemies of independent, critical media play with a win-at-all-costs strategy. The ends justify the means to them, and they will use whatever ploy or argument fits their needs at the time. While progressives will cry foul at a baker who does not want to prepare a cake for a homosexual wedding, suddenly they become advocates for property rights and freedom of association when social-media platforms silence conservatives.

If we assume consistency and well-communicated principles will sway them, we have already lost.

The battle Breitbart led during his precious few years in media rages on as fiercely as ever. We need thousands more Breitbarts, innovating and working as citizen journalists, fact checking the supposed fact checkers. We also need Breitbart’s confidence and conviction. A handy starting point is his very own memoir—even if he never wrote it to be one—which stands as an inspiration for a new generation of independent and bold thinkers.

Fergus Hodgson
May 20, 2019
Previous
IRS Silence on Cryptocurrencies Is Deafening
Next
Old-School Stats Neglect Digital Economy
You might also like
One of the following
April 14, 2022