The Fed Needs Its Wings Clipped

Trump Points to the Cause of Economic Instability 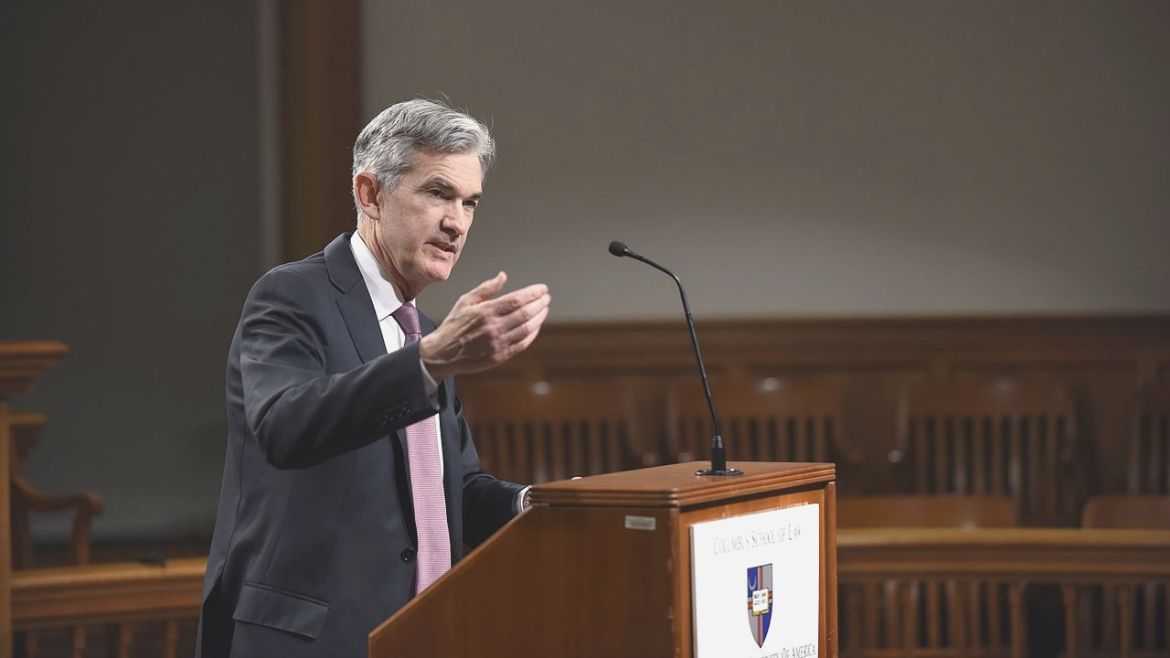 The Fed Needs Its Wings Clipped

“It’s a false economy that we’re living in. We’re in a bubble.”

The man who said that, regarding Federal Reserve policy, was none other than President Donald Trump. He was right then, as a candidate, and he is right now, as president.

Trump’s latest dustup with the Fed comes on the back of substantial stock-market declines last quarter. The S&P 500 even briefly dipped into bear market territory after a brutal sell-off in December.

Hardly alone in his assessment, Trump pointed to a slightly more hawkish Fed policy: “It’s a correction that I think is caused by the Fed and interest rates.” Bob Prince of Bridgewater Associates, an investment-management firm, explained to the Financial Times that “monetary tightening could produce, perhaps not a big downturn, but more pressure.”

While critics have called on Trump not to politicize monetary policy, it is too late for that. These critics fail to understand the Fed’s dual mandate, which gives the central bank immense power over politics, and the discriminatory treatment that Trump is receiving.

The dual mandate is a structural problem well known to economists. It means that the Fed is supposed to chase “both stable prices and maximum sustainable employment,” as stated by the Federal Reserve Bank of Chicago.

This is a problem because it assumes the central bank should be in the Keynesian business of so-called economic stimulus to promote employment. It is a recipe for the highs and lows of bubbles and can be timed to favor or oppose incumbents.

In this case, the timing is working against Trump and the Republican Party in the midterm elections. That is because of the strong perception that the midterms are a referendum on Trump’s performance.

Consider that Trump has experienced six increases to the federal funds rate under his watch in the first two years. How many do you think former President Barack Obama faced during his entire eight-year tenure?

One need not be surprised Trump believes he is getting a raw deal.

The awkward truth is that the rate increases from Fed Chairman Jerome Powell are necessary. The federal funds rate still remains historically low and even negative in inflation-adjusted terms, but the incremental increases have arrived far too late. That is why they appear discriminatory and targeted at Trump, who has only voiced concern and not threatened Powell with dismissal.

Fed Chairmen Janet Yellen (2014–2018) and Ben Bernanke (2006–2014) generated this mess with their out-of-hand and cowardly response to the Great Recession of 2008 and 2009. Rather than allow a full correction for the vast bad debts that drove the bubble, they decided to lower interest rates to unprecedented levels.

Yellen and Bernanke even engaged in extremely aggressive “quantitative easing.” This is gobbledygook for buying government and private securities to expand the money supply and inflate the stock market. It quadrupled the Fed’s balance sheet to over $4 trillion.

You know where this strategy leads: another bubble, perhaps larger than the previous one.

As Robert Kiyosaki noted on “The Rich Dad Radio Show,” Trump was dealt a bad hand. However, the optimism created by Trumponomics, particularly on account of tax reform and deregulation, has delayed and offset what will be an inevitable correction and recession.

If there is to be a central bank in the United States, its role should be as limited as possible. Keep in mind that the Fed only came into being in 1913, and on account of surreptitious tactics.

Top-performing central banks around the world focus on one target: inflation. The Reserve Bank of New Zealand and the Bank of Canada, for example, have explicit agreements to keep inflation between 1 and 3 percent. Neither country suffered the severity of the repercussions felt by the United States during and after the Great Recession.

The range would be better off between 0 and 2 percent, as close to zero as possible. However, at least the sole focus on inflation recognizes that stable prices are pivotal for long-term planning and growth. Just ask Argentines and Venezuelans what happens when there is lack of stable prices.

Not only are stable prices pivotal for economic growth, the targeted focus keeps the central bank out of monkey business elsewhere in the economy. The Fed should never have bought up private securities nor facilitated ludicrous too-big-to-fail handouts for cronies, the magnitudes of which boggle the mind. If there needs to be legislative change to stop these actions from happening again, so be it.

Getting the Fiscal House in Order

If interest rates continue to rise, they will generate enormous pressure on the indebted federal and state governments. Even without higher rates, interest payments alone will push toward half a trillion dollars next year, from the federal government alone.

Such heavy reliance on debt places the federal government in an extremely vulnerable position and dependent on the Fed for cheap credit. If inflation arrives at higher levels, however, the Fed will be reluctant to provide.

This rising tension should be a wake-up call for Trump and Congress. The federal deficit has hit a six-year high, approaching $1 trillion, and unfunded liabilities spell worse to come. These magnitudes crowd out private investment and, by pushing up interest rates, generate a downward spiral.

Tinkering around the edges will not suffice, nor will higher growth. If the GOP is serious about reining in the deficit, it will need to address the programs known as third rails: Social Security and Medicare. These largely automated programs are of sufficient size to make a dent and lessen reliance on expansionary monetary policy.

Previous
Argentina Uber Vandals Are Just That: Vandals
Next
State-Backed Digital Currency Offers Nothing for Canadians

Fergus Hodgson
October 17, 2018
Previous
Argentina Uber Vandals Are Just That: Vandals
Next
State-Backed Digital Currency Offers Nothing for Canadians
You might also like
One of the following
April 14, 2022