Altcoins Are the Real Bubble, Not Bitcoin 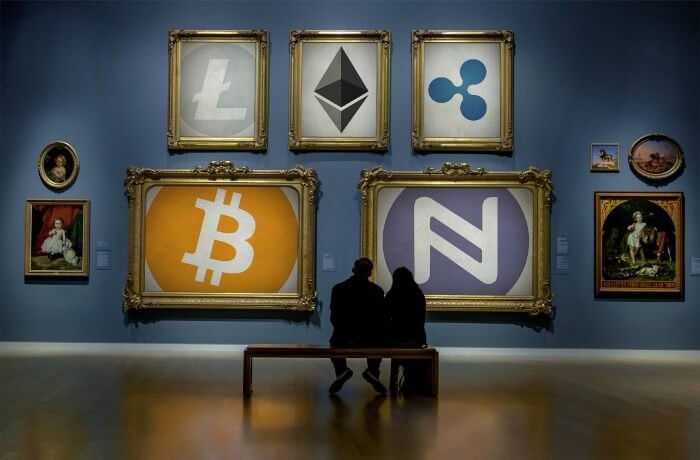 The surge in cryptocurrency holdings, for speculation not use, has inflated the values of worthless altcoins. (Name Coin)

Altcoins Are the Real Bubble, Not Bitcoin

Market caps of cryptocurrencies other than bitcoin suggest a massive bubble, despite what many cryptocurrency proponents say.

While I am an early investor and proponent of various cryptocurrencies (since 2014), I am concerned about their recent rally, even if they have tempered in recent weeks. The sharp spike in traded prices over the past year has drawn numerous references to the famous 17th-century Tulipmania, where tulips (and later tulip futures) were bought and sold at dazzling heights.

Those who dismiss the notion of a bubble claim that bitcoin has fundamental value in a world of fiat currency. Fine, but what about the altcoins, the more than 500 other cryptocurrencies?

A parallel more relevant to cryptocurrencies than Tulipmania is the 2001 dotcom bubble. The clearest evidence of the dotcom bubble was perhaps not the lofty valuations of major technology companies such as Amazon, eBay, and Priceline, but rather that everybody wanted to jump on the internet bandwagon. Just adding .com to a company’s name caused share prices to soar. Now adding blockchain has a similar effect.

The dotcom bubble had its modern-day “shoeshine boy” moment, with proverbial shoeshine boys giving out the latest hot stock tips. People who should never have invested in startups began investing in internet startups. Moreover, people who should never have begun a startup, began internet startups. That was the definite sign of something clearly being wrong.

Now, if bitcoin were to have fundamental reasons to be worth north of $10,000 per unit, then it would still make no sense for the more than 500 other cryptocurrencies to have market caps of many millions of dollars. After all, if bitcoin does have fundamental value, that fact rules out the possibility of 500 altcoins with fundamental (use) value. Even in the case of fiat currencies, but definitely in the case of cryptocurrencies, there exists a large winner-takes-all effect — a natural-monopoly or network effect.

In fact, all cryptocurrencies together boast a combined market cap of close to $600 billion, larger than Visa and Bank of America combined. More than 100 altcoins have valuations exceeding $100 million. These coins are pretty much useless, if bitcoin proponents who deny a crypto bubble are right.

Bitcoin might be the Amazon of the dotcom-bubble era, but the fact that we have an enormous crypto bubble should be clear to any casual observer. Yes, bitcoin (and some other, mostly complimentary coins such as ether and XRP) might have fundamental value, but its current price seems to have moved far astray from what its fundamentals suggest (its value as a cross-border medium of exchange with, for now, limited use).

Nevertheless, there is no denying that we are in the midst of an enormous crypto bubble, with millions of dollars pouring in from shoeshine boys and barbers who know close to nothing about the underlying technology.

The crypto bubble should be acknowledged by believers in bitcoin and bitcoin-like financial innovation. Its current volatility is hurting, not helping bitcoin adoption. The current popularity of bitcoin only fosters speculation, short-term rent seeking and impairs its adoption as a means of payment.

Olav Dirkmaat contributed to this article.

Fergus Hodgson
January 12, 2018
Previous
Plastic Surgery Gets Hotter and Hotter in Colombia
Next
The Jones Act Needs to Set Sail
You might also like
One of the following
April 14, 2022