The Farm Bureau Is the Swamp 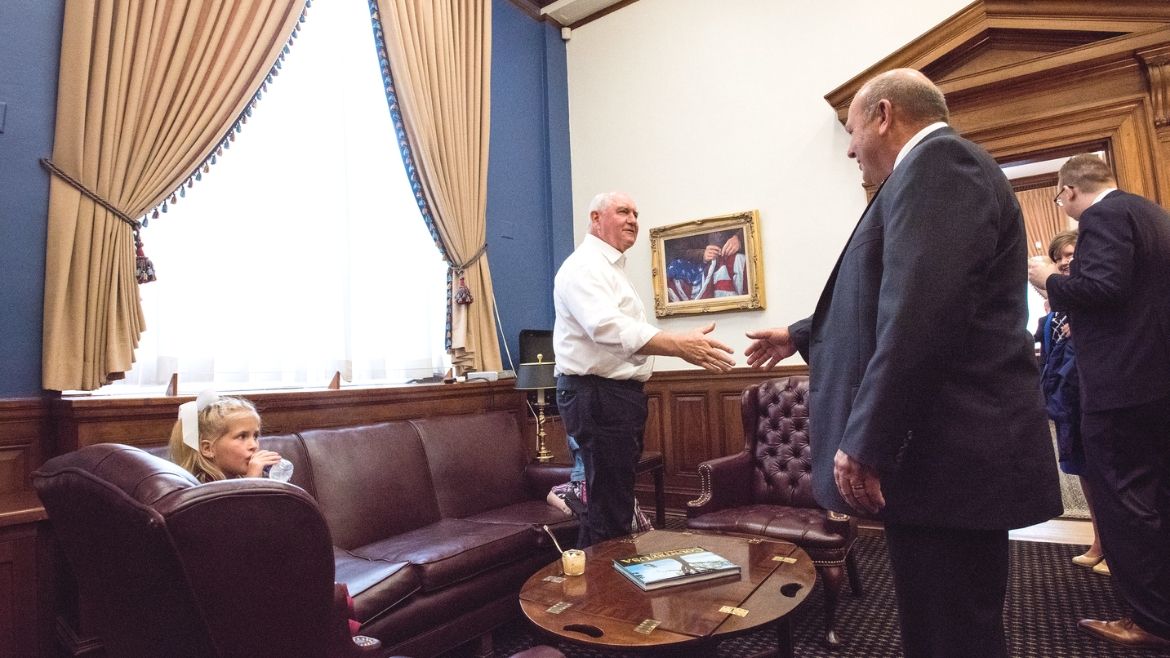 The Farm Bureau Is the Swamp

As a young reporter in Louisiana, I had what felt like an out-of-body experience. My old boss at the Pelican Institute (the late Kevin Kane) and I had taken a trip to Baton Rouge to meet with one of the top advisors to then-Governor Bobby Jindal, and my free-market idealism was about to get a dose of reality.

We sat in the Governor’s Office, next to a life-size portrait of Bobby, and the advisor told us about different formulas for the state-employee pension schemes. Louisiana, like almost all US states, has had looming unfunded liabilities for many years. This high-powered advisor was in charge of reforming the Division of Administration, the “management arm and the hub of [the state’s] financial operations” — not to be confused with the Department of the Treasury, which in turn is not to be confused with the Department of Revenue.

The vastness and complexity of the state’s workforce dawned on me, as did the incapacity of this policy director to even gradually shift the employees to a somewhat rational and sustainable system. I couldn’t help but disconnect myself from the discussion and ponder in disbelief, as if looking down on this meeting as a fly on the wall.

How did the state become a retirement agency? Why don’t they just pay the workers and let them take care of their own retirement? Who would want to be part of a Ponzi scheme? The risks were inevitable and obvious, but the herd mentality prevailed: where was their pride?

As someone raised on a sheep and cattle farm with a simpler way of life, none of this made sense to me.

This story came to mind as I read a new piece of research from the R Street Institute, posted on October 3: “Farm-support reform options in the lead-up to the 2018 farm bill.” Well written and concise, this policy study explains what I have now come to expect: ballooning and outlandish costs, impenetrable and overlapping complexity, double-dip cronyism, market distortions to give you a headache, no transparency, and, perhaps worst of all, an embedded special-interest group with an entitlement mentality, accompanied by spineless politicos.

For reference, the entire Farm Bill budget allocation comes to about a $1 trillion over a decade, with two-thirds for food stamps and the rest for an array of subsidies. To his credit, President Donald Trump has called for a 21 percent cut to the US Department of Agriculture, with an eye on “crop insurance and commodity-support programs” (PDF, p.1), and you can guess what the response has been.

American Farm Bureau Federation President Zippy Duvall said “Clearly this budget fails agriculture and rural America.… [and] would be unwarranted and unwise.” His organization, with chapters in every state and Puerto Rico, claims to be the “recognized advocacy leader for farmers and ranchers,” which is true but embarrassing. Unfortunately, he already has lap-dog politicos working to undermine Trump and a reduced budget, even as US federal debts mount to more absurdity by the day.

While I would get rid of these unconstitutional programs wholesale at the federal level, Trump’s modest proposal would, according to the Farm Bureau, “gut federal crop insurance, one of the nation’s most important farm safety-net programs.” Because as the Founding Fathers said, men are endowed with unalienable rights, “among these are Life, Liberty, and Federally Guaranteed Profits.” That is no exaggeration: taxpayers cover administrative and operating costs of crop-insurance companies and the bulk of premiums, and they guarantee that participating insurance companies earn a 14.5 percent rate of return (PDF, p.3).

Caroline Hitchens of the R Street Institute, author of the five-page policy study, has gone to great efforts to highlight simple and politically feasible reforms to the various subsidies within the Farm Bill. These limited measures, which she has in large part found in already-introduced legislation — such as caps on subsidies and means-testing for recipients — all make sense. However, their piecemeal nature suggests the problem of spending and cronyism at the federal level goes much deeper.

In Hitchens’s words, portions of the Farm Bill “are the embodiment of crony capitalism and cost taxpayers significant sums each year.” All those who professionally advocate for and facilitate its status quo continuation are the swamp.

Previous
Priceless: Bike Sharing Garners Profits in Colombia without User Fees
Next
How to Get Legislative Results for Gun Rights

Fergus Hodgson
October 6, 2017
Previous
Priceless: Bike Sharing Garners Profits in Colombia without User Fees
Next
How to Get Legislative Results for Gun Rights
You might also like
One of the following
April 14, 2022