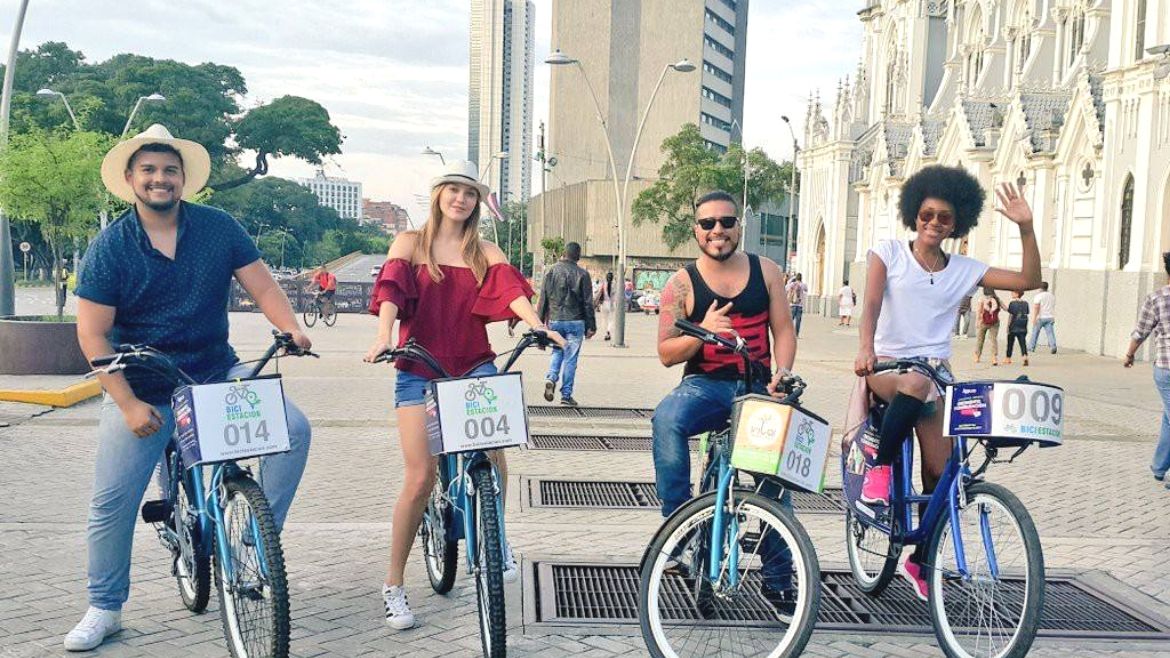 The seemingly simple concept has swept across the globe in a matter of just a few years. (Biciestación)

Organized bike sharing began all the way back in 1965 in the Netherlands, but a new innovation has arisen in the south of Colombia, a game changer.

Activists led the first attempt in Amsterdam with the Witte Fietsen (white bikes), and they took an altruistic approach. They left dozens of these bikes in different public locations, to be used for free and left at any place when not needed for the next person. This approach, however, quickly failed, and most of the bikes were stolen or damaged.

In the late 1990s, municipal governments sought to revive collective use of bikes, including in Copenhagen, Denmark, and Rennes, France. Around 2005, the public policy bloomed and spread. GPS tracking technology and cellphone apps, which connect users to stations and available bicycles, were pivotal ingredients in the boom.

By 2015, the transportation strategy was in full force across the globe with 1 million bikes used in this way. China is, by far, the leader with three out of four of bikes used for this purpose found in the People’s Republic.

How is Cali’s bike sharing different from the rest? Most of the world’s bike-sharing systems are programs of the municipality and completely or partially financed with taxpayer funds. The rest are private systems that charge a small fee to the riders. Some of them also sell advertising space on the stations and bikes (the outer side of the wheels and baskets).

Cali’s bike-share system, Biciestación, is a private business which offers the service completely free of charge to riders and obtains profit by selling advertising space. Cisne Solutions is the name of the company that created and operates the system, and it is owned by two young local entrepreneurs, Fernando Sánchez and Paola Zúñiga.

At the end of 2016, they started this project, and now it has seven stations, each with six bikes. Each rider can use the bike for 90 minutes and then return it to one of the stations. Surprisingly, although Cali has a reputation for insecurity, not even one of the bikes has been stolen. That is a persistent problem for public bike-share programs, but the Cali bikes have hidden GPS tracking devices.

The couple is very interested in ecological sustainability, which is why they also built bioestaciones for two universities. These are bike-parking structures for the students and teachers, built with Guadua Bamboo (widely used in Colombia for its renewability and durability), solar panels, and water harvesting systems — features they plan to integrate into their bike-share service.

As for the future, in the next year they plan to introduce electrical “e-bikes” to the sharing system, set up at least 10 more stations, and bring the number of bikes per station up to eight.

Guest Author
October 3, 2017
Previous
Why America Is Great and Cuba Is Not
Next
The Farm Bureau Is the Swamp
You might also like
One of the following
April 14, 2022