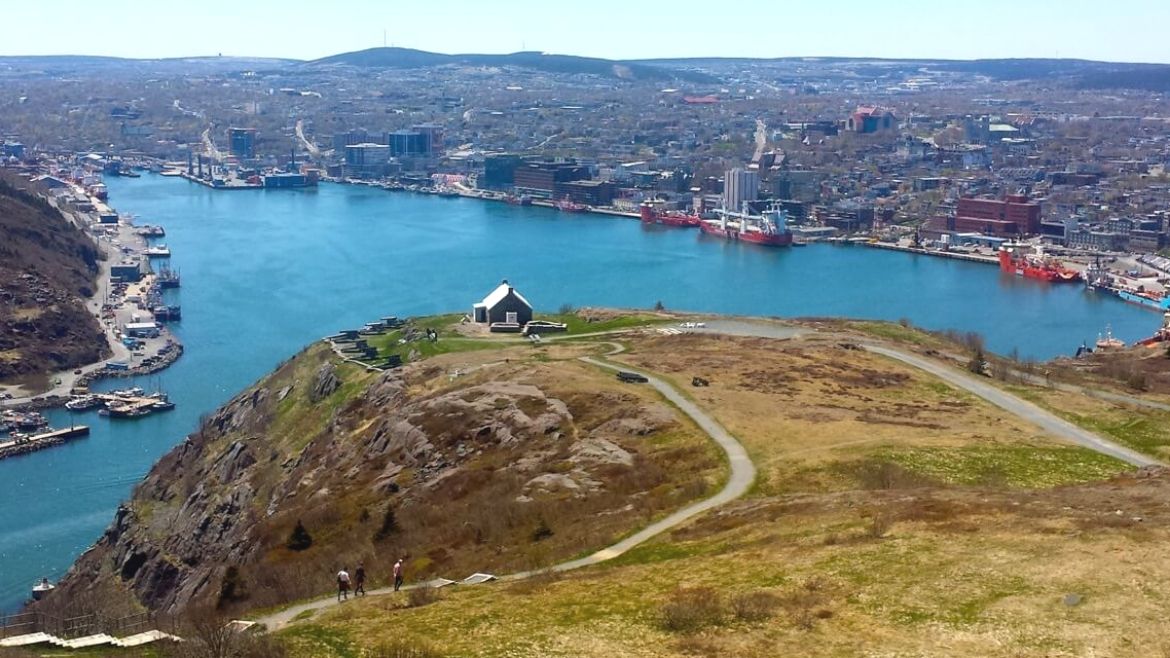 The Port of St. John's, Newfoundland, in Atlantic Canada is the oldest city in North America. (Fergus Hodgson)

Specialists in economics have generated a consensus in favor of unfettered free trade, but they have failed terribly to convey their findings to the layman, to the detriment of so many worldwide.

Two centuries after David Ricardo elucidated comparative advantage, the Atlantic Institute for Market Studies(AIMS) has taken up this cause and published a concise, 24-page paper to resurrect his legacy. “The Benefits of Trade,” written by Pierre Lemieux, could hardly be timelier for the classical-liberal policy institute based in Halifax, Nova Scotia, and its readers throughout Atlantic Canada.

Trade wars beckon and have to some degree already started over softwood-lumber subsidies and tariffs between Canada and the United States. Political rhetoric tilts heavily protectionist in North America; US President Donald Trump is just the start, tapping into latent sentiment and special-interest wishes.

As Terence Corcoran of the National Post noted astutely, pro-trade Maxime Bernier recently lost his bid for the Conservative Party of Canada leadership, given the power of the dairy lobby and their determination to keep out foreign competition. Then there is the eagerness from the Liberal Party government to enter into counterproductive trade retaliation.

Lemieux opens the AIMS paper with a fitting example to display the prevailing zero-sum-game mentality that impedes free trade and feeds protectionist politicos. In 1980, a popular history book published in Quebec reproduced a painting of Pierre Esprit Radisson … making an exchange with an Indian chief. The caption … asks a question: “In an exchange, there is always a winner. Is the winner Radisson or this Indian chief?”

The fact that the author would assume something so incorrect to be self-evident is precisely the problem, compounded by the book’s unquestioned proliferation and popularity. The rebuttal is swift and compelling: “In a free exchange, both parties benefit; otherwise, at least one party would have declined the deal.”

The greatest difficulty for the author, though, arises when one considers third-party effects. Despite his stellar job, and that of the editors, the intricacies of the economic arguments prove difficult to communicate to an audience wider than sympathetic policy professionals. Lemieux dismisses the infant-industry defense of protectionism with ease, but he has a tougher time explaining how the loss of income in one sector (the seen), under competitive pressure, will be more than offset by the gains elsewhere (the unseen).

Lemieux makes up for this somewhat by going after the false notion that trade liberalization must be bilateral or multilateral. This seemingly ever-present assumption stands in the way of legislators unilaterally getting on with the important job of rescinding trade barriers. Worse, it provides a raison d’être for corrupt, unaccountable organizations that pervert free trade in favor of managed or crony trade.

Perhaps the greatest value of this paper is the way it places free trade into the Canadian context and makes it relatable. Canada, for example, relies enormously on trade for her economy, with 32 percent of GDP going abroad, and her harsh climate means a heavier dependence on foreign agriculture. Further, Lemieux addresses the needless problem of inter-provincial barriers to trade and then the trendiness of localism.

The call for free trade is a noble one. In particular, since it lowers prices for consumers and raises total production, it benefits the poor and those without political connections. Making this a popular message is the challenge, and at least AIMS has got the ball rolling. They have provided the intellectual firepower for the commentators and politicos who want to avert a trade war, a war which no one wins.

Previous
Another Odebrecht Scandal Is Waiting to Happen All Over Again
Next
Even if Ecuador Wins against Chevron, She Still Loses

Fergus Hodgson
June 22, 2017
Previous
Another Odebrecht Scandal Is Waiting to Happen All Over Again
Next
Even if Ecuador Wins against Chevron, She Still Loses
You might also like
One of the following
April 14, 2022