Another Odebrecht Scandal Is Waiting to Happen All Over Again

Severe Judicial Action Must Follow, Fostered by an Aggressive Press 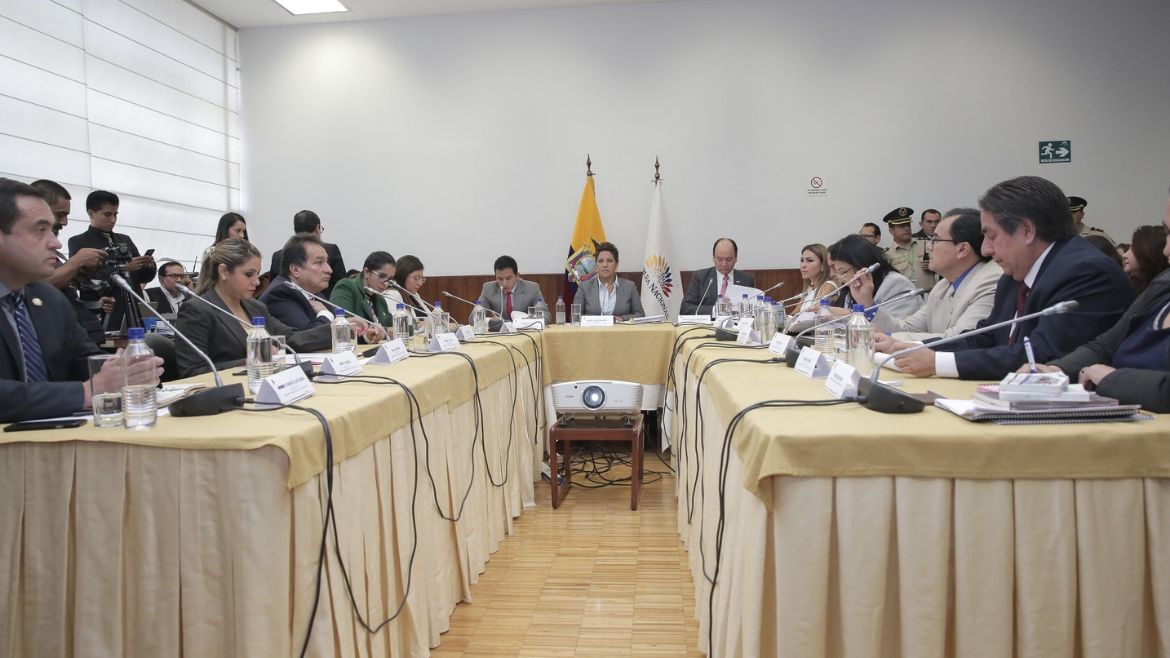 Ecuadorian Attorney General Carlos Baca reports on the investigations into Odebrecht from the Audit Commission of the National Assembly. (Asamblea Nacional del Ecuador)

Another Odebrecht Scandal Is Waiting to Happen All Over Again

The corruption scandal of Odebrecht continues, and investigations gradually reveal more details of the bribery system the firm utilized on its path to becoming one of the largest building companies in Latin America. The strategy of paying government officials in exchange for contracts ensured its business success.

US officials have their own investigations to complete, and in the meantime the impacted are proceeding at their pace. At this point, around 110 people are under arrest in Brazil, the Dominican Republic, Ecuador, Colombia, Peru, and Panama.

However, this number is lower than what is to come.

The corruption network led by Odrebrecht went on for at least 16 years, and in 2006 the company established a secret department for bribes: the Division of Structured Operations. Therefore, they have had enough time to deal with more than one government administration in each country where they worked.

States such as Peru and Colombia have already begun the processes for legal reforms to promote transparency in private-public associations and more effectively prosecute corruption. Yet, in practice, these reforms and resources will fall short.

Consider, for example, that the Odebrecht case involves Ecuador, even after the country passed the National Public Procurement System Act in 2008. It included plenty of financial rules targeted at the prevention of money laundering, but here we are in 2017, and many bribed officials do not fear prosecution.

This case has uncovered the way in which many members of the business and political spheres enrich themselves and, in short, impoverish to others. The populist rhetoric that blamed the West and capitalism for all the misfortunes of the region has collapsed. On this occasion, the perpetrators are from our home countries. In fact, Odebrecht admitted to paying approximately $3.3 billion in bribes during 2006-2014.

Odebrecht did not only operate in Latin America, but in the United States and Angola too — revealing that corruption has no borders. We can guess that the case of Odebrecht is just one among many that remain in the shadows. The problem is perhaps worse in Latin America countries, given our economic inequalities and lack of free press, particularly investigative journalism.

Despite the political crises of the region, Uruguay, Chile, and Costa Rica still rank 21, 24, and 58, respectively, in the Corruption Perceptions Index of Transparency International that examines 176 countries. The Index of Democratic Development in Latin America concurs and points out the high-quality political institutions of these three states, which means higher levels of separation of powers and freedom of expression. This last is a key element to fighting corruption, as noted recently by a prominent panel of political analysts.

Without doubt, the extent to which governments proceed with swift and effective judicial action is telling regarding their willingness to dismantle the culture of corruption, often built up over many successive administrations. These actions will determine one of two outcomes in the wake of these revelations from Brazil: (1) more elaborate and better-designed systems of corruption or (2) clear consequences that bring a halt to these shameful practices.

Guest Author
June 20, 2017
Previous
Un nuevo ‘escándalo Odebrecht’ podría suceder
Next
Canadian Think Tank Carries the Torch for Free Trade
You might also like
One of the following
April 14, 2022