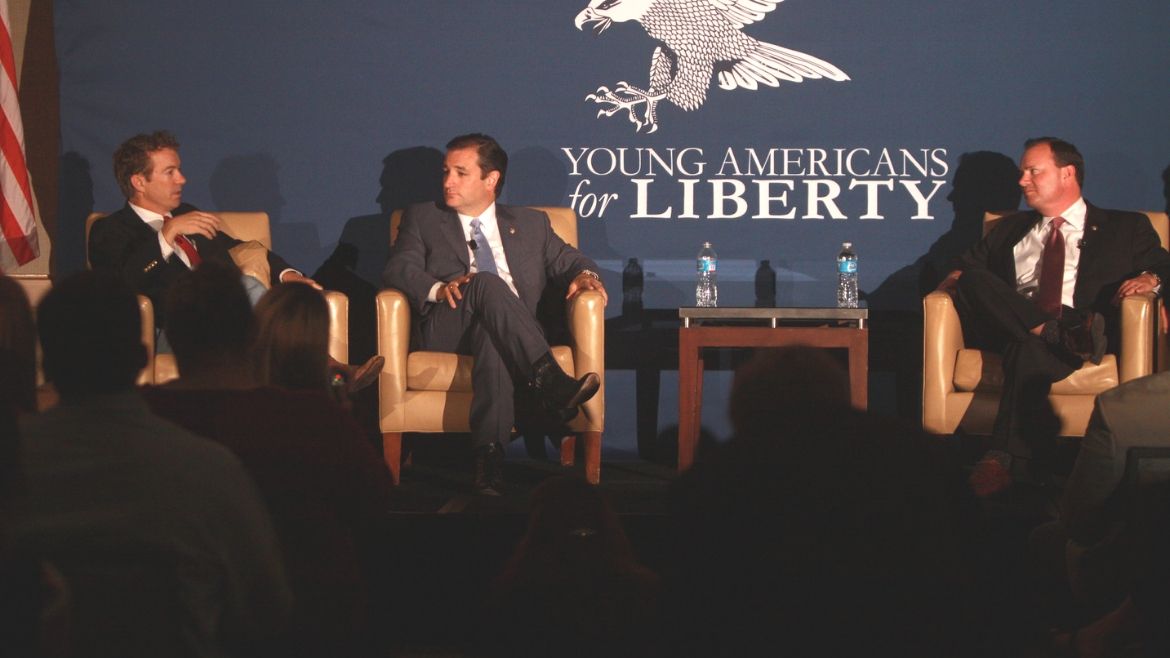 Senator Mike Lee (right) of Utah wants to undo what he sees as a deep-seated ideological bias in the State Department and USAID. (Gage Skidmore)

There is a public letter on the desk of the US secretary of state, and its contents could spell an end to the use of taxpayer dollars for hard-line progressive movements throughout the world. Senator Mike Lee (R-UT), backed by five Senate colleagues, has raised the alarm and called on Rex Tillerson to immediately investigate fund allocation via the State Department and the US Agency for International Development (USAID).

The accompanying press release, dated March 14, says there is a widespread pattern of funds going “to support left-of-center political groups and impress left-leaning policies on sovereign nations, regardless of their desire for self-determination.… Sen. Lee and his colleagues believe this behavior is unacceptable and must be halted immediately.” The five additional backers include both conservative constitutionalists such as Ted Cruz (R-TX) and moderates such as Thom Tillis (R-NC) and Bill Cassidy (R-LA).

Senator Lee states frankly that USAID funds are “supporting extreme and sometimes violent political activists, and the US Government [is] working to marginalize the moderates and conservatives in leadership roles.” This generates ill will with locals and, he explains, “endangers our bilateral relationships.”

The letter (embedded below) identifies Macedonia and Albania as particularly blatant examples, where the senators have received what they describe as credible reports of active intervention in party politics, “to push a progressive agenda and invigorate the political left.” Further, locals have sent many letters to the US ambassador in Macedonia, questioning what they observe to be the counterproductive allocation of foreign aid.

In the case of Albania, a prominent US-backed NGO is pushing for judicial reform. However, the letter from Lee raises the concern that this initiative from the Open Society Foundation for Albania is merely a strategy to place full control over the judiciary in the hands of a leftist prime minister and his ruling government.

The senators believe this alignment with socialist or progressive movements has become a default for US diplomatic and aid missions throughout the world, and they want an end to “fomenting political unrest [and] disrespecting national sovereignty and civil society.” They note similar concerns from leaders of African and Latin American nations, who have repeatedly made complaints when visiting Washington, DC.

Coincidentally, on that same day, a Guatemalan congressman published a letter with the Impunity Observer — a digital outlet based in Guatemala City — and decried sabotage on the part of holdovers from the Barack Obama administration. Fernando Linares and many others have observed that in the aftermath of that nation’s internal armed conflict the US diplomatic mission has sided with the descendants of the Marxist guerrilla faction. These violent groups still dominate the rural areas of country, which remain largely lawless and are a passageway for illegal immigrants to the United States.

Linares directed his letter to Homeland Security Secretary John Kelly, and he singled out meddling from Ambassador Todd Robinson — an Obama appointee — and the UN commission active in the country, known as the Cicig. They are pushing for constitutional reforms akin to Albania, which Linares contends are illegal and include a fundamental change to the selection of judges.

In his words, “the new process would permit current magistrates to perpetuate themselves in power, assuring radical collectivists of being able to block any changes the executive and legislative branches might make to bring law and order to the country, which the radicals expect Trump to support.”

Fergus Hodgson
March 15, 2017
Previous
The Film Feminists Don’t Want You to See
Next
New Party Breaks the Mold in Atlantic Canada
You might also like
One of the following
April 14, 2022