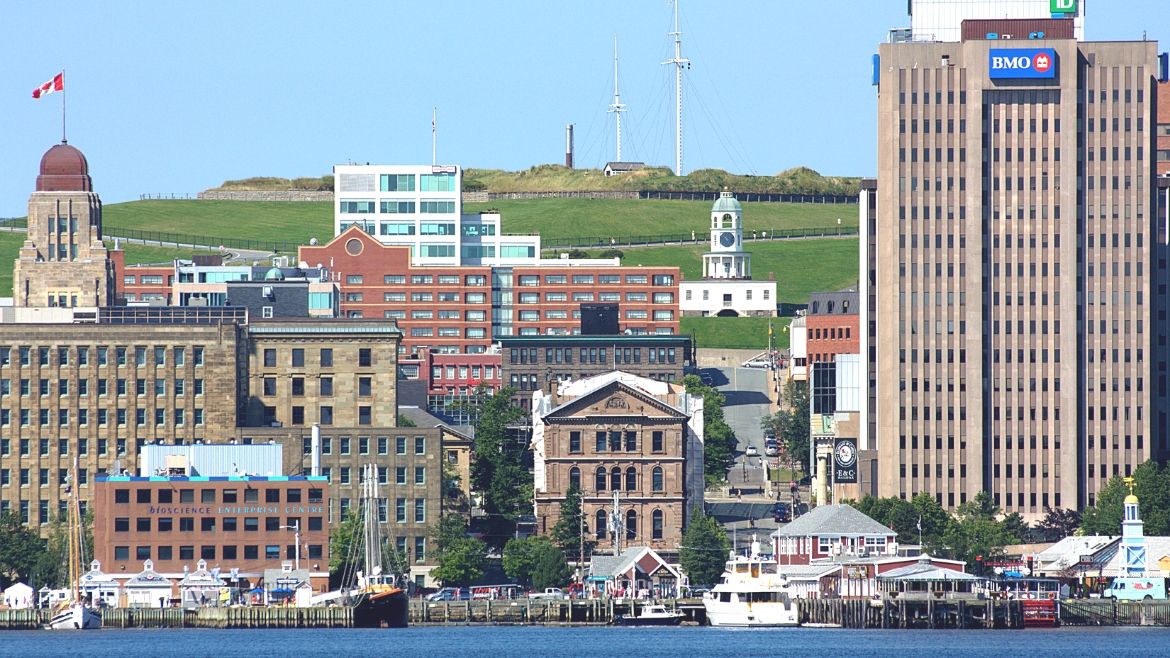 Halifax, the capital of Nova Scotia in Atlantic Canada, needs a shake up, lest the outflow of people and prosperity continue. (Glenn Euloth)

In 2016, when Atlantic Canada premiers called on the federal government to bring more immigrants to their provinces, it was a recognition that people have been leaving for many years. Something has to change, but what?

These premiers have the problem backwards, since sending people where there is high unemployment puts the cart before the horse. Policy leaders must address why the provinces are not attractive, both to locals and those who might “come from away.”

This story is personal to me, since I was one of the few who settled in Halifax after graduating college. When that position did not work out and there was nothing else available, I had little choice but to depart beautiful Nova Scotia and my family there for New England.

In recent years, the Atlantic Institute for Market Studies, with Marco Navarro-Génie at the helm, has been working hard on market-friendly policy ideas for the region. Another source, however, has caught my attention and is carrying the banner of classical liberalism.

That is the Atlantica Party, founded and led by Jonathan Dean, with the support of President Alan Nightingale. The party dates back to 2009, but it is newly registered in 2016 with Elections Nova Scotia. With just a handful of dedicated volunteers and no one yet elected to office, they release frequent articles with insightful commentary and creative legislative proposals. These include inflation-indexing of tax brackets, sale of the Liquor Commission, and a rejection of corporate welfare (which means no cronies for fundraising).

When asked how Atlantic Canada came to be a have-not region, they are quick to shift attention to the promise of reforms. Rather than dwell on the past, their interest is “on how to make Nova Scotia a have province,” writes Nightingale. He and Dean emphasize economic conditions and want to reverse “overspending and over-taxation” which are “unsustainable and cause negative migration of people and businesses.”

Beyond one policy or another, though, Dean says Nova Scotia needs fundamental reform, “not just a change in personnel,” to root out political dysfunction. “Our political system is dominated by the entrenched status-quo, and the elites have repeatedly failed over the past half a century to provide sound economic policies and any sort of vision. The result is a dangerous and unsustainable fiscal situation that encourages depopulation.”

Given the relatively small 2.3 million population — 6.5 percent of Canada — Dean says there is a problem of federal representation: “now we are just a footnote in distant Ottawa and economically dependent ‘on the kindness of strangers,’” after being “some of the most prosperous places in the world” in the 19th century. One example is the need for French-English bilingualism in the federal court, which has threatened Atlantic Canada’s representation.

“Our experience proved to us that regardless of which party governed Nova Scotia,” adds Nightingale, “the trend of overspending and over-taxation hadn’t changed. No party has ever been transparent to the public, and no MP ever agreed to disclose his votes. We do not feel that any of the other parties is accessible to the public, transparent, or takes responsibility of what’s going on in the province. Therefore, we chose to form a new party that would serve the people appropriately.”

In other words, working within the established parties and reforming them was not an option for Dean and Nightingale. “Is that a joke?” Dean quips. “Established parties are in business to 1. get elected and 2. to maintain the system. You do not rise to any place of influence if you want major changes. They are vehicles for management not leadership.”

“We grew out of concerns of grassroots working people who have become fed up with a province adrift.… Since we are not bound by the status-quo and the elites we have much more scope for action. All good ideas are on the table.”

That response also hints at their federal loyalties. Although one might be tempted to align them with the Libertarian Party of Canada, they have remained unaffiliated and less dogmatic. The most they have offered and accepted are reciprocal endorsements.

Their first announced candidate for the general election is James Murray in Dartmouth South, and they are optimistic that they will have a full slate of candidates for the provincial level, at least in Nova Scotia (New Brunswick, Newfoundland, and Prince Edward are still to come). The election will take place either this year or in 2018, and in keeping with their rogue theme, all successful candidates will have free voting. They will be able to vote their consciences and not have to abide by dictates of the party leaders. Likewise, the party is “open to proposals from incumbent or retired politicians who share [their] agenda.”

Albeit an uphill climb from zero, they are in it to win it, branding themselves as Nova Scotia’s “newest and fastest growing party.” Unlike the Libertarian Party, which often appears to be a vehicle for promoting a political philosophy, Dean writes that getting the ideas out alone offers next to no value. “The system is closed to outside democratic yearnings. The only way forward is for the Atlantica Party to get a majority of the members in the legislature.”

Nightingale explains that they write and pitch their ideas because they want to promote awareness, so that voters “demand their rights and demand their representatives to be transparent and accountable for their decisions. We want the people to know the options they have and should have.”

They will need bottom-up support, and Dean readily admits that he sees little interest from established political interest groups and elected officials: “We are too ‘non-politician’ for them, I suspect, and our systematic reforms seem to be outside the scope they are used to — a good sign.”

His first and necessary objective is to build the party’s credibility, as a viable “option against the status-quo. The election after that would be our first shot at the imperial purple. We realize this is a multi-year project.”

Fergus Hodgson
March 22, 2017
Previous
US Senators: Stop Foreign Aid for Violent Progressives
Next
Ecuador’s Election Spells Likely Eviction for Julian Assange
You might also like
One of the following
April 14, 2022