The Film Feminists Don’t Want You to See

'The Red Pill' Will Change Your View of Gender Politics Forever 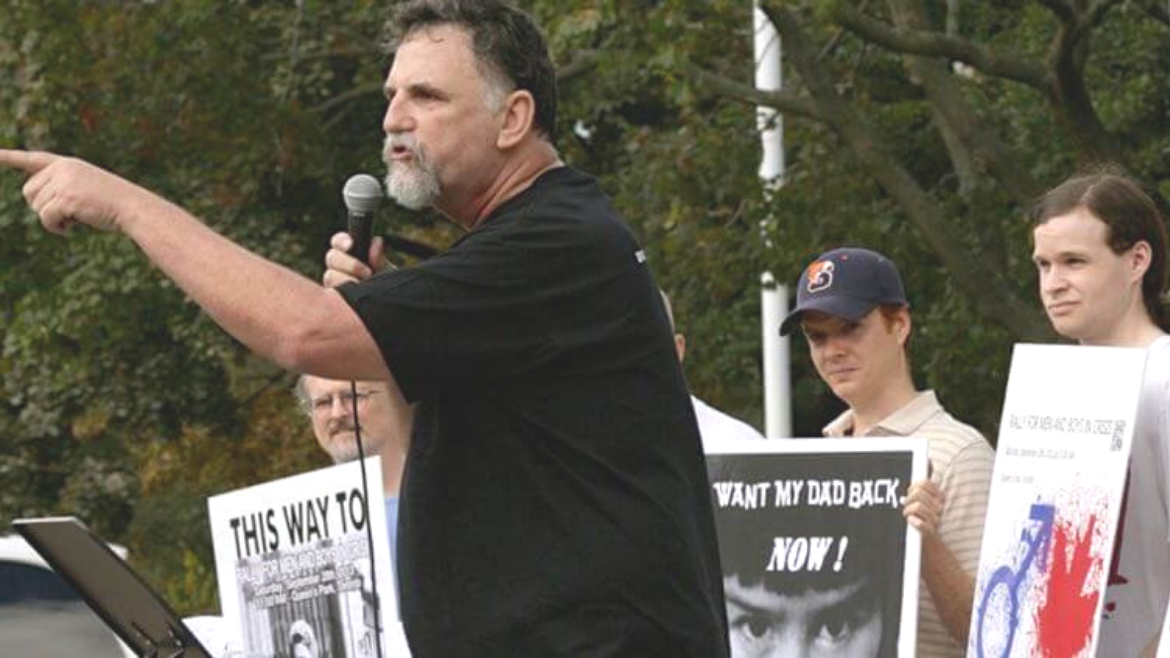 Paul Elam (left) features prominently in the film that took the director on a path she did not expect. (The Red Pill)

The Film Feminists Don’t Want You to See

The Red Pill movie documents the controversial men’s rights activist movement, commonly known as MRA, and the eye-opening experience that a feminist documentarian had while researching the topic. The title refers to seeing things as they are; that is, to take the red pill means to see reality in a new way and realize that you have hitherto been duped. The pill-taker is Cassie Jaye, a California-based documentarian whose previous work has included progressive topics such as gay marriage and sex education.

The Challenges of Being the “Oppressor”

While seeking a new documentary topic, Jaye happened upon the men’s rights website A Voice for Men. Her initial impression was that they were a group of misogynists who perpetuated rape culture, so, as a self-described “staunch feminist,” she was intrigued to learn more about her perceived enemy.

“I embarked on this journey to make a movie about the men’s rights movement, but from my feminist perspective.”

Jaye explores the men’s rights issues on two separate, though arguably intertwined fronts, the social and the legal. Men often sacrifice themselves, risk their health and well-being, in the service of their women and families, yet they are regarded as the “oppressors.” At the same time, men are subjected to a legal system that sometimes unfairly favors women in legal matters regarding situations relating to fatherhood, domestic violence, and other criminal justice cases.

Jaye speaks with many men — and even some women — who explain why there are gender-based issues that also negatively affect men. Custody battles usually favor women to the extent that some men are limited to little or no visitation rights, even though they pay child support. There are mental-health issues that impact men more, as evidenced by the majority of homelessness being male, and the fact that 78 percent of all suicides are men. Legal treatment can also be detrimental when certain laws, such as for domestic violence, offer little to no protection for men, meanwhile the justice system favors women who are also violent offenders.

Within society they also must deal with the perception as oppressors, even though they are providing a livelihood for their families. Women have been increasingly empowered to work outside the home whereas society still expects a man to be the provider and protector. Men continue to risk their lives through war or in dangerous jobs, while women benefit and complain that they are being oppressed. When there is a disaster such as a ship sinking, the old adage of “women and children first” is still applied.

Despite these reasonable-sounding arguments, the public response has been hostile to MRA. For the general public, part of the problem is simply misunderstanding because of the lack of honest coverage from the media. Journalists often quote MRA articles out-of-context, making them sound like misogynist jerks, when they are actually are being satirical or hyperbolic. It’s no wonder that the average reader gets the wrong impression.

But when it comes to mainstream feminists, the reaction goes beyond misunderstanding to downright hostility. Jaye interviews several prominent feminist thinkers about men’s rights issues, and they dismiss the concerns as a “backlash” against women in the workplace. These problems, they say, are not a problem of feminism, but rather a symptom of male chauvinism. The solution? More feminism.

In addition to the intellectual dancing around the issue, much of the reaction from feminists includes attempts at one-upmanship. When they do acknowledge that men have a legitimate complaint, it’s often countered with examples of how women suffer even more, so men’s complaints are not as worthy of attention.

This idea that fighting for men’s rights will somehow take away from women’s rights shows that they are refusing to listen to what MRA is saying. These men don’t want to roll back women’s rights, they say, but rather find solutions in harmony with women and society as a whole.

However, in order to reach that harmony, there must be fair and honest dialogue between MRA, feminists, and other concerned individuals. This has been made nearly impossible, as radical social-justice warriors will actively try to shut down events through noisy protests intended to drown out the speaker. In one particularly egregious incident, where panelists of various perspectives were trying to have a civil, inter-gender dialogue, a protester illegally pulled the fire alarm, effectively ending the event.

Perhaps the biggest irony is how feminists like to point out that a man can never truly know what it’s like to be a woman, so he is told that he must listen, yet feminists are unwilling to do the same for men.

Thankfully, Jaye’s rigorous examination of the subject allows for the opportunity to judge the MRA in a fair and reasonable manner. Jaye presents a multi-faceted overview of the situation, drawing from MRA activists, detractors, and others with experience to provide supporting evidence. She is keen to examine the subject from all angles, applying logic to her own thought process, even as she is bewildered with so much new data. The formerly suspicious feminist becomes sympathetic, and then suspicious again with a fear that she may be getting duped. Like Alice falling down the rabbit hole, dizzy and confused, she winds up in a different world as a changed person who will never be the same again.

In the end, Jaye decides that the men’s rights activists are not whiny misogynists who resent having women in the workplace. But rather, they have some legitimate complaints that should be addressed by the legal system as well as society at large. But perhaps most interesting is her departure from feminism, who’s figureheads seem less interested in gender equality than advancing their own dogma. Seeing no potential for feminism to resolve gender issues for all, she decides to no longer call herself a feminist. Instead, she implores us to seek solutions by allowing discourse to happen.

“For a society to accept anything that is said on behalf of women’s rights, “ says Jaye, “and then to shame any dialogue about men’s rights and call it hate speech is precisely the problem.”

Predictably, feminists are doing precisely that in regards to this film, staging protests and pressuring independent theaters to not screen it. Fortunately, it has recently been released through various digital platforms such as Amazon and iTunes. With direct access to this informative film, the public can see for themselves what the MRA issues are, as well as the hindrance that feminists cause in solving these problems.

Guest Author
March 13, 2017
Previous
Alianza PAIS: La campaña de miedo que no le sirvió
Next
US Senators: Stop Foreign Aid for Violent Progressives
You might also like
One of the following
April 14, 2022