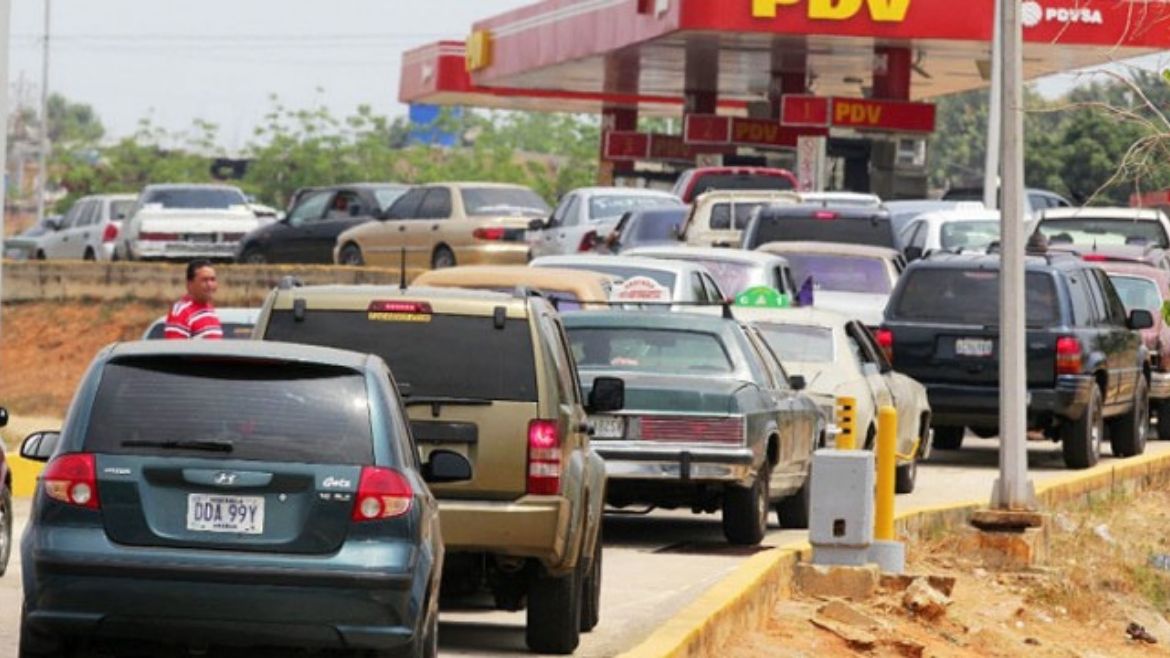 The Venezuelan regime has for many years provided gasoline for next to nothing at the pump, but the socialists in power are now so desperate for cash that they want to sell abroad what oil they have available. In an admission that the heavily subsidized gasoline is unsustainable, dictator Nicolás Maduro has called for a vehicle census to ration how often Venezuelans can fill their tanks.

On July 25, the Venezuelan strongman announced a new economic plan to counter the country’s major inflation and shortage crises. One of the measures, which goes into force on August 20, limits access to subsidized gasoline. According to Maduro, Venezuelans are buying gallons almost for free and smuggling them across the border to Colombia.

“The production systems we have tried so far have failed, and it’s our fault—my fault,” Maduro admitted during a ruling-party meeting on July 31.

The regime will conduct a three-day national census in August to register all private vehicles and collect drivers’ information. Then United Socialist Party officials will grant the right to receive the gasoline subsidy to holders of the “motherland card” (carnet de la patria). This is a controversial social-security ID card that Maduro launched in January 2017 to monitor recipients of social programs and ration food. The political opposition condemns it as simply a means to enable social control.

Maduro did not explicitly announce a gas price hike—a taboo in a country that boasts the world’s largest oil reserves—but he did suggest that current prices don’t cover production costs. Currently, one liter of gasoline (around 0.26 gallons) sells for just US$0.01 at the black-market exchange rate. According to Venezuelan economic analyst Henkel García, though, higher gasoline prices are definitely part of the new economic plan.

Haiman El Troudi, a ruling-party congressman, has even proposed alternatives to looming hikes at the Chavista-controlled National Assembly. Francisco Monaldi—a fellow at the Baker Institute at Rice University in Houston—argues that the hike will be substantial even if Venezuelans get a rationed portion through the ID card.

The type of vehicle, the number of passengers, and the driver’s profession are some of the factors that the government will take into account when doling out rationed gasoline. Maduro said cabs, motorcycle taxis, cargo trucks, and passenger services will take priority, but gave no details regarding the size of the rations.

For Hugo Ocando, president of a transportation union in Caracas, the census is nothing but a regime gimmick. It deflects attention, he contends, from the shortage of auto parts that has paralyzed about 90 percent of the city’s public-transportation units. He says the regime already forces bus drivers to get the ID card to purchase spare parts.

The Miami-based Politically Persecuted Venezuelans in Exile (Veppex) released a statement on Tuesday condemning the gas-rationing plan. They deem it unfair to favor benefit-card holders, often Maduro supporters, while the rest of Venezuelans are left to “buy gasoline at international prices.”

Lester Toledo, an exiled spokesman of the opposition Popular Will party, claims the Maduro regime is enacting another tool for political control and extortion. Venezuelan authorities, he says, are attempting to shift the blame for the country’s deteriorating oil industry onto common Venezuelans and conceal “the corruption network behind the gasoline cross-border smuggling, which they have allowed and profited from.”

Since its creation, the government’s social-security card has been mired in scandals. Miguel Henrique Otero, head of El Nacional, one of Venezuela’s last independent newspapers, argued in early 2017 that “the main function of the carnet de la patria is to create full dependence on the government.”

Fast forward 18 months, and several complaints validate Otero’s prophecy, the most glaring one having to do with voting. Francisco Javier Sandoval, a law professor at a private university in Miranda State, has reported that “these cards have been used to know who is not going to the voting polls and to force them to do so.”

Before the presidential election in May, an embattled Maduro with dismal approval ratings went on national television to warn over 16 million cardholders that the government would “check” whether they had failed to vote. He was reelected for another six-year term, despite governments across the world calling it a sham election and enacting sanctions against regime officials.

Public opinion on the government’s broader economic plan is divided along Chavista opponents and supporters, but experts and industry leaders remain skeptical as with previous attempts at policy tweaking. José Guerra, an opposition congressman and economist, has stated that the new measures will do nothing to alleviate hyperinflation. They double down, he notes, on the regime intervention that caused the monetary debacle in the first place.

Along with gasoline rationing, Maduro plans to eliminate five zeros from the currency and tie it to the state’s digital currency, the petro. The president of Venezuela’s largest trade association has labeled this “nonsense” that will only provide a superficial and short-term appearance of a solution.

“As long as the Venezuelan economy is run in an improvised manner and the measures undertaken do not address the root of the problem, there will not be enough confidence to attract the investments that are needed to recover the country’s economy and Venezuelans’ purchasing power,” Carlos Larrazábal said in a written statement.

Previous
Who Benefits from Closing Charter Schools?
Next
Nazi Past Haunts South America’s Penchant for Impunity

Paz Gómez
August 1, 2018
Previous
Who Benefits from Closing Charter Schools?
Next
Nazi Past Haunts South America’s Penchant for Impunity
You might also like
One of the following
April 14, 2022