Who Benefits from Closing Charter Schools? 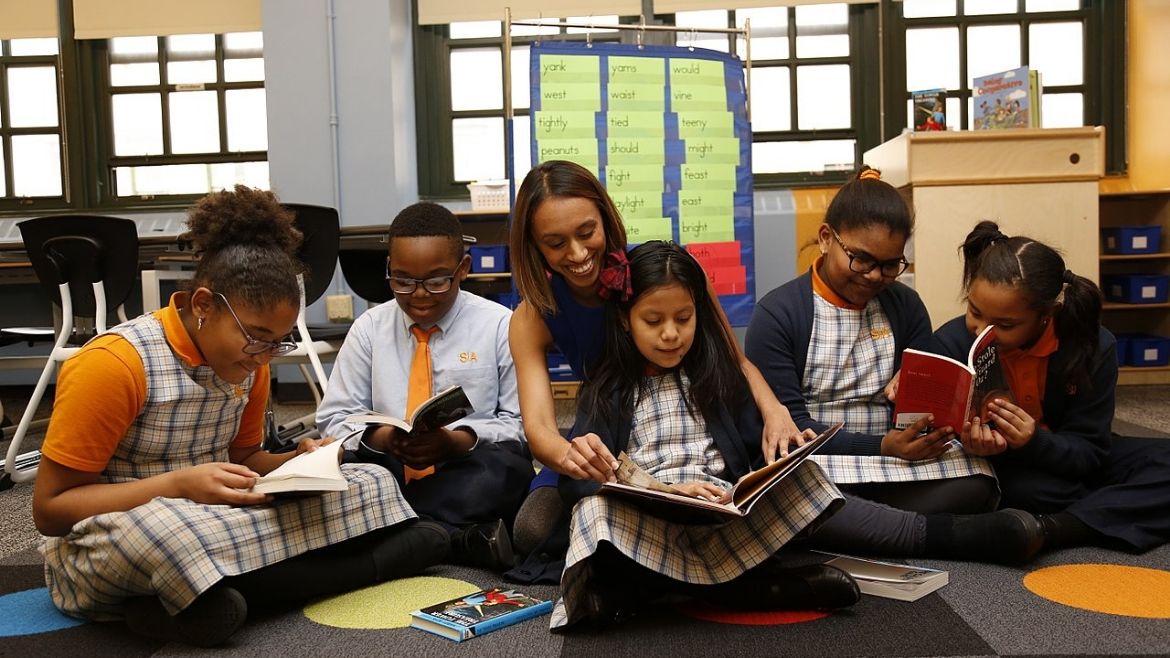 Who Benefits from Closing Charter Schools?

Elon Musk’s recent outburst following the rejection of his offer to help in the Thailand cave rescue mission reminds us how societies have a love-hate relationship with their most successful entrepreneurs. The scrutiny over their influence and philanthropic works remains well after they retire.

A new case in point is a report by the Associated Press titled Billionaires fuel US charter schools movement. It charges that deep pockets are tilting the scales in the fight over school choice across the country.

“All told, the Bill and Melinda Gates Foundation has given about $25 million to the charter group that is credited with keeping the charter schools open” in Washington state after its Supreme Court struck down the law allowing their operation, it notes. Similar innuendo is directed at the Walton family, majority owners of Walmart (another regular boogeyman).

After reading the report, one comes away with the impression that this is a fight of ideological Goliath billionaires versus underdog teachers upholding children’s best interests. Reality proves to be more inconvenient, as we will see.

Let us begin by recalling that charters are publicly funded schools with private administrators. The idea behind them is to introduce competition in public education and test new pedagogical methods. Restrictions differ across states, but most charter schools cannot charge tuition or impose admission requirements; they are free to all who apply, and if there are more applicants than seats available, admissions are awarded through a lottery system.

The first charter-school law was passed in 1991. Today they serve around 2.8 million students nationwide, most of them African American or Hispanic.

Economists Dennis Epple, Richard Romano, and Ron Zimmer analyzed all the major studies available up to 2016.

“The evidence suggests that, accounting for differences in population served, charter schools are not, on average, producing student achievement gains any better than traditional public schools (TPS). However, policy prescriptions to withdraw support for charter schools, rationalized by this mediocre average performance, fail to recognize that a substantial number of charters significantly outperform the average TPS,” they wrote (emphasis added).

They also found better results in other measures such as high-school completion and college enrollment. “Lottery studies of oversubscribed charter schools generally find favorable effects on achievement, often very large effects. The ‘No Excuses’ model, in particular, has been found to deliver large gains. The invention of this educational model is arguably the most important innovation that can be credited to the charter movement,” the authors conclude.

The 2016 study identified some salient features that could explain why there is such fierce opposition: “Unionization of charter school teachers is drastically lower than in TPS.” This, coupled with the fact that teachers at charter schools earn less (their performance is tied to student performance), work longer hours, and “charter middle schools are about 80% the size of TPS middle schools, and charter high schools are about half the size of traditional public high schools,” should make us reflect on what taxpayers are getting for their education dollars.

In other words, charter schools deliver the same or better results than traditional public schools at lower costs and without union involvement.

The AP article also gives the impression that charter schools are taking over public education thanks to the wealthy elite. Despite all the money poured into the movement, the rate of growth of charter schools has actually been falling. Until 2013, the number of charter schools was increasing by 6 to 8 percent each year. Since then, that number has fallen steadily, to less than 2 percent in 2016.

“Districts have become skilled at limiting charter growth, not only by blocking access to facilities but also by bringing lawsuits against growing schools and making charters’ compliance with state regulations more difficult,” one report has found.

The authors surveyed charter-school administrators across the nation, who pointed out that teacher unions fear competition. They have “stepped up their resistance strategies and are increasingly coordinating opposition campaigns with local school districts and attorneys.”

Teacher unions are no strangers to political contributions and lobbying. Donations to politicians, virtually all of them Democrats, reached an all-time high of $32 million in 2016, according to public records made available by OpenSecrets. Another study by the Thomas B. Fordham Institute found that teacher unions in Washington state, the latest school-choice battleground, are among the most influential in the nation. They have defeated state referendums on charter schools and are successfully litigating the latest Washington law. Unlike billionaires, unions can directly mobilize thousands of voters and activists.

Public attitude toward charter schools has also evolved. A 2014 PDK/Gallup Poll found that 70 percent of respondents favored the idea of charter schools, but this positive view has dropped in recent years. Yet, that doesn’t mean the public is satisfied with traditional schools. In a more recent edition of the same poll, only one-third of parents said they would pick them over a private school (31 percent), charter school (17 percent), or religious school (14 percent).

To recap, billionaires are the bad guys, because they attempt to prevent the closure of schools with above-average efficiency—preferred by taxpayers—that serve mostly low-income, minority communities. Those trying to shut down these schools, namely teacher unions, who also lobby and pay to get politicians elected, are by default the defenders of the common good.

What was the goal of public education again? Children and families are not the ones benefiting from less choice.

July 31, 2018
Previous
Bolivian Bank Explores Blockchain Applications Despite Ban
Next
Venezuela Announces Car Census to Ration Gasoline
You might also like
One of the following
April 14, 2022