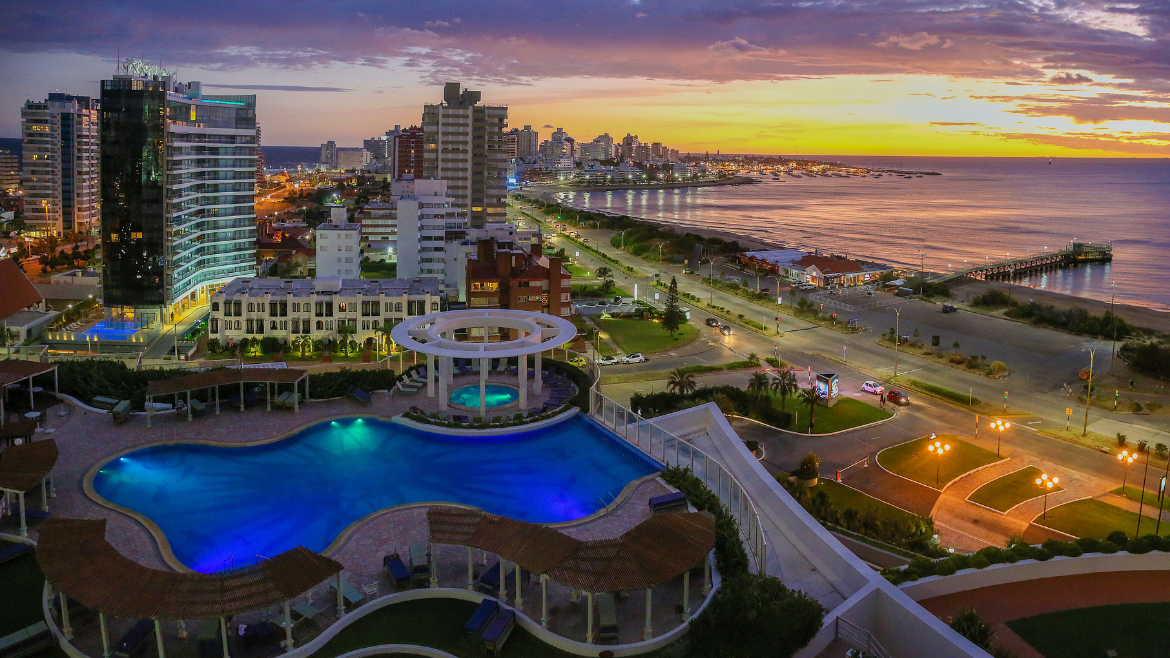 Uruguay is an ideal investment destination for financial services, tech, and agribusiness. (Canva)

Latin America and the Caribbean grew by 6.2 percent in 2021. Given the rebound in commodities prices and high vaccination rates allowing the economy to restart, a lot of eyes are turning to the region for investment in 2022.

Although South America is home to some of the world’s top food and mineral producers, numerous challenges remain, including low productivity, a large informal economy, and persistent poverty.

With the right guidance, foreign investors can turn local market inefficiencies into great opportunities for profit and mutual prosperity.

Find Out the Best Deal

South America has diverse, thriving markets. Brazil leads the pack with 210 million residents and the highest GDP, which reached US$1.6 trillion in 2021. To pursue post-pandemic economic recovery, the Brazilian government is enacting tax reforms, streamlining business regulations, and privatizing public firms that range from airports to an electric utility.

Tiny Uruguay, in turn, has the highest GDP per capita: $15,438. The average one for the region was $7,500 in 2021. The country’s healthy democracy and legal certainty make it an ideal investment destination for financial services, tech, and agribusiness. Moreover, its focus on commerce has led to 11 free trade zones, which account for 30 percent of the country’s exports and host 1,126 companies, including Google.

With a corporate tax rate of 10 percent, Paraguay offers the best fiscal deal outside of trade zones. A hidden gem nested between giants Brazil and Argentina, the country has minimal monetary volatility and some of the most competitive energy and labor costs in South America.

The Strength of Each Nation

While Argentina, Chile, Colombia, and Peru have struggled with political and social unrest recently, the long-term outlook is bright. Together with Bolivia, Chile and Argentina constitute the Lithium Triangle, with 60 percent of the world’s known reserves.

Colombia and Peru have enjoyed significant FDI flow in recent years thanks to tax incentives and bureaucracy cutoffs. In 2020, Colombia got almost $8 billion in FDI and launched a public-private partnership program to collect $11.5 billion until 2022.

In a similar vein, Peru reported $2 billion in FDI in 2020 and announced public-private partnership projects worth $6 billion for the next few years. The country also has a strong mining sector, accounting for 10 percent of the national GDP and 60 percent of the exports.

One of the biggest surprises in recent years is Ecuador, which has pivoted its economic policy away from central planning. Willing to attract foreign capital and improve the business climate, the new presidential administration has adopted fiscal discipline and brought back bilateral investment agreements.

In 2021, Ecuador launched 50 public-private partnership projects for the next four years. The government has already raised 10 percent of the expected $30 billion in joint investment.

Ecuador is the sole dollarized economy in South America. It is currently pursuing free-trade agreements with Mexico and the United States and an associate membership with the Pacific Alliance, a new trading bloc.

Although one of the world’s poorest nations, Guyana has appeared on the radar of investors due to oil discoveries that could turn it into a new oil-production hotspot. This English-speaking country has managed to resist the COVID-19 effects and devastating floods due to its thriving economy, which recorded 14.5 percent real GDP growth by mid-2021.

The Time to Spot Opportunities

Although most South American nations struggle with political ups and downs, foreign investors and companies can find pockets of stability in several countries, cities, and free trade zones. Since governments at all levels are trying to recover from the pandemic’s downturn, they are also issuing special regimes and tax incentives from which new investors can benefit.

Besides taking advantage of low living and labor costs, foreign capital can reap rewards from boosting nascent industries such as medicinal cannabis and tech startups.

As long as nations incentivize alternative energy and powerhouses such as China keep demanding commodities, South America will remain attractive.

Paz Gómez
January 25, 2022
Previous
What Latin American Unicorns Have in Common
Next
How Miami Startups Offer Exposure to Latin America