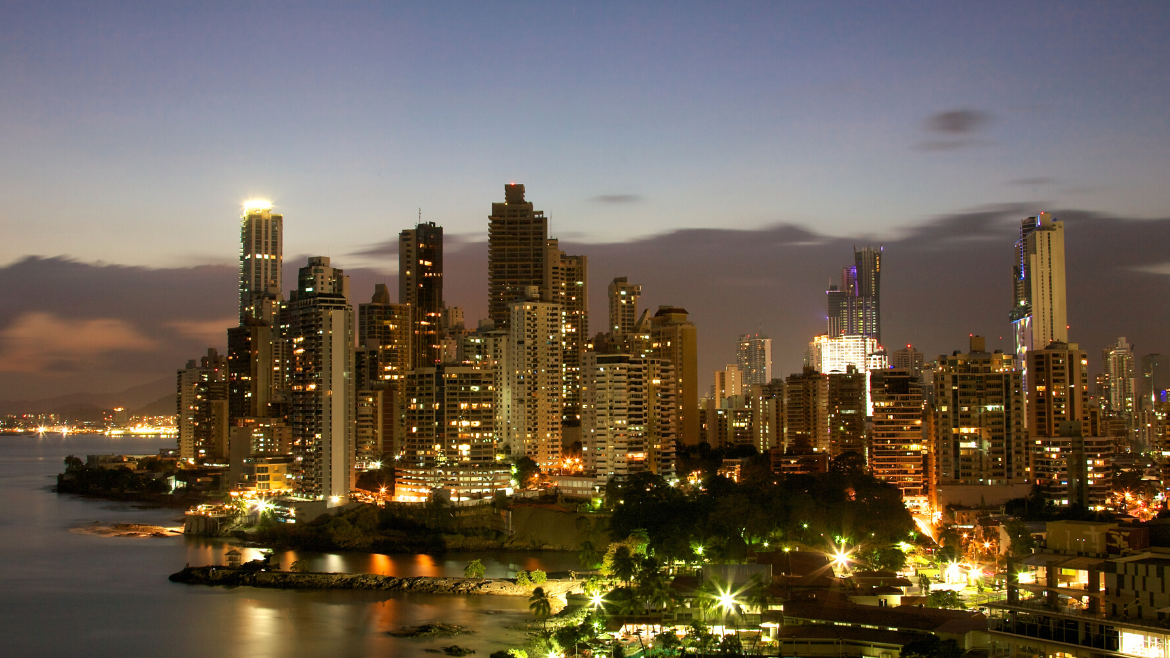 Panama’s banking secrecy has led the country to be known as the “Switzerland of the Americas.” (Canva)

In February 2021, the global watchdog Financial Action Task Force (FATF) announced that Panama, Central America’s financial hub, would remain on its “gray list.” This is a nickname for jurisdictions under close monitoring over risks of money laundering, terrorism financing, and nuclear-proliferation financing. In the Americas, the list includes Nicaragua, Barbados, Jamaica, and the Cayman Islands.

On the heels of that announcement, the European Union also decided to keep Panama in its own list of noncooperative jurisdictions.

Panama’s banking secrecy has led the country to be known as the “Switzerland of the Americas.” The country ranks 15th on the Financial Secrecy Index and is home to hundreds of thousands of offshore companies used for tax-avoidance schemes that are legal but draw the scrutiny of more fiscally burdensome jurisdictions.

FATF constantly monitors the implementation of recommended legal, regulatory, and operational measures to strengthen the integrity of the international financial system. Countries with what FATF deems unsatisfactory “anti-money laundering and combating terrorism financing” (AML/CFT) regimes are on the gray list.

This is not the first time Panama has appeared on the gray list. In 2014, the country complied with only 8 percent of FATF recommendations.

In 2016, the Panama Papers leak and media reports revealed Panama-based law firms and shell companies were hiding funds for former presidents, dictators, and corrupt businessmen. Responding to the ensuing scandal, the Panamanian government enacted new AML legislation, and FATF removed the country from the list. 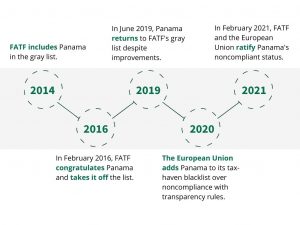 In June 2019, Panama got back on FATF’s crosshairs despite fulfilling 35 out of 40 recommendations. Law enforcement remains weak, with no high-profile convictions to date.

What Are the Gray List’s Implications?

The first time Panama appeared on the list, over 70 correspondent banks left the country. Although some eventually returned, financial institutions still incur higher operational costs to process transactions from and to Panama.

Ricardo Fernández, Panama’s banking superintendent, has acknowledged that it is a de facto international sanction rippling across the economy. “By affecting the financial sector,” Fernandez explained, “it potentially affects other sectors that rely on the banking system to get financing and develop projects.” On average, bank-account holders must pay higher fees too.

The country’s presence on the gray list leads to fewer investments and higher costs for doing business. According to the regional law firm Llorente & Cuenca, investors reduce their exposure to jurisdictions they presume are of high risk: “It discourages the arrival of new investments and the implementation of expansion plans of companies already in the country.”

Another side effect is that credit-rating agencies can lower Panama’s score, leading to higher loan costs for both the public and private sectors.

Last but not least, Panama’s banking secrecy has come at the expense of its overall reputation. Countries with good standing in the financial world receive more investment, human capital, tourists, and international collaboration. These consequences are even more harmful amid the COVID-19 pandemic as GDP falls, investors seek security, and tourism plummets.

Will Panama Continue to Be Competitive?

At the heart of Panama’s noncompliance with FATF recommendations is a political stalemate between the executive and legislative branches and the judiciary’s inability to enforce the law.

Although international pressure in recent years has undermined Panama’s banking secrecy and made it less attractive for privacy-minded investors, the country boasts other competitive advantages: a strategic location between North and South America, a thriving shipping industry thanks to the Panama Canal, a US-oriented business culture, and a dollarized economy (there is no central bank).

Panama can follow in the footsteps of the United Kingdom, a jurisdiction with a strong commitment to banking secrecy that proves an effective AML/CFT regime is compatible with confidentiality.

London hosts Europe’s most connected and international financial center. It focuses on maintaining an open but well-regulated financial market with clear rules and an effective fraud-detection system.

What Will Panama Do and How Can Companies Adjust?

As part of Panama’s commitment with the International Monetary Fund (IMF) to get out of the gray list, Panama has hired international experts and taken out a $2.7 billion IMF credit line to reduce pandemic-related risks.

Moreover, on March 15, Panamanian Foreign Affairs Minister Erika Mouynes announced the government would further strengthen its AML/CFT regime and pursue diplomatic efforts to get the country off the list.

The earliest concrete measures are due in June 2021, and an official mission will visit both FATF and the European Union ahead of next year’s assessment.

In the meantime, KPMG Panama suggests companies with business ties to the country step up their own auditing, compliance, and risk-assessment efforts.

Paz Gómez
April 8, 2021
Previous
Latin America’s Thirst for Cryptoassets
Next
Bureaucracy Nips Colombia’s Medical Cannabis in the Bud
You might also like
One of the following
April 14, 2022