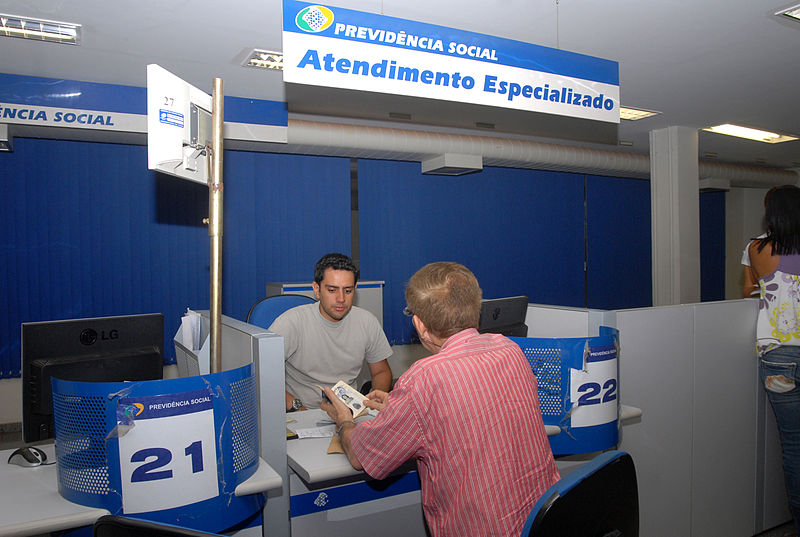 Brazil has been discussing pension reform for so long that it’s a matter of when, not if. The recent passing of a constitutional amendment in the lower house of Congress by a wide margin suggests the time has now come. It will take a few more months before it becomes law, but the odds are good. A May poll showed that 59 percent of Brazilians were in favor of significant changes. It’s a sizeable majority, although the system is so unsustainable that it should have been closer to 100 percent.

The reason it is no longer possible to kick the can down the road is simple: demographics. Brazil is aging fast. The nation’s federal pension deficit, approaching US$80 billion per year, reveals a fundamental mismatch between benefits and revenues obtained from current workers’ payroll taxes.

In the country’s pay-as-you-go system, workers do not contribute to their own retirement. Instead, they fund today’s retirees, hoping that future workers will do the same for them. The fatal flaw in this system, called “intergenerational solidarity” by its advocates, is relying upon the continued existence of a mostly young workforce.

That is the opposite of where Brazil is heading to. Thanks to medical advances and economic progress, life expectancy has been increasing steadily: from 62 years in 1980 to 76 years nowadays. The survival expectancy—how long a person lives after a certain age—also continues to increase. In 1980, a 60-year-old person was expected to live for 15 more years. Today, that number is 22. As a consequence, the elderly in Brazil will grow to a quarter of the total population by 2060.

On the other hand, the share of young people is on the decline. The birth rate is now 1.7 children per woman, down from 4.1 in 1980. Thus, fewer and fewer young Brazilians will enter the job market, whereas more seniors will be on the receiving end of pensions.

Brazil’s demographic evolution inevitably leads to an increasing gap in revenue from social-security contributions. This untenable system is already putting future pensions at risk, as is the case in Rio de Janeiro, Brazil’s third-largest state.

Armed with basic facts, one can understand why every Brazilian president since the mid-1990s has called for pension reform. Social-security expenditure adds up to half of all federal government primary spending, and the pension deficit more than doubles the federal primary deficit.

Therefore, it would be possible to obtain a budget surplus just by balancing the pension system. However, it is impossible to keep the deficit and the debt under control without tackling pensions, which is the fastest-growing expenditure. That’s why the Brazilian government has introduced this legislation before a likewise much-needed tax reform.

The reform addresses several imbalances. First, there are Brazilians who retire very early, before turning 55, and even before turning 49 in some cases. Second, most retirees have a pension ceiling of $20,000 a year, while a few privileged public-sector employees can receive more than $100,000 a year.

Therefore, in addition to addressing the pension system’s overall financial sustainability, it tackles the thorny issue of unequal benefits. Both contribute to a better fiscal policy. The reform’s core changes in this regard are enacting a minimum retirement age, expanding contribution times, and changing the rules so that those with special privileges in the public sector pay a higher rate than those with lower pensions.

Setting a minimum retirement age would affect the wealthy, who are currently retiring earlier than the poor. The contribution rates for workers earning the minimum wage would fall from 8 to 7.5 percent, whereas those government employees who are not subject to the $20,000 ceiling would have their rates increased from 11 to over 16 percent.

Despite keeping some privileges for teachers and police officers, the bill now in the hands of Brazilian senators is a step in the right direction. It remains to be seen whether they will be up for the task or keep an unfair system Brazil can no longer afford.

Previous
The US Student Debt Crisis in Numbers
Next
Brazil’s Pension Reform: A Herculean Task

Maurício Bento
August 28, 2019
Previous
The US Student Debt Crisis in Numbers
Next
Brazil’s Pension Reform: A Herculean Task
You might also like
One of the following
April 14, 2022

All stories by:Maurício Bento
Login to Econ Americas LLC
Reset Password
Enter the username or e-mail you used in your profile. A password reset link will be sent to you by email.
Share via
Facebook
Twitter
LinkedIn
Mix
Email
Print
Copy Link
Powered by Social Snap
Copy link
CopyCopied
Powered by Social Snap