The US Student Debt Crisis in Numbers 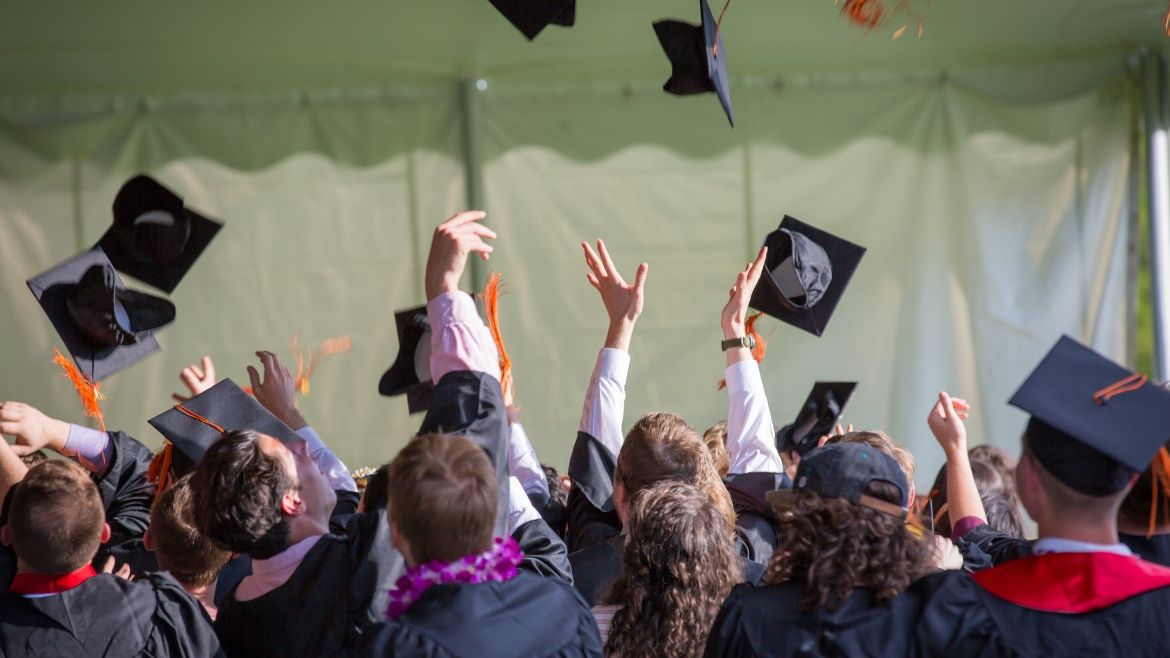 One-third of all borrowers have failed to complete their degrees. (Canva)

The US Student Debt Crisis in Numbers

In the first quarter of 2019, the student-loan debt reached its highest point ever. Around 44.7 million US borrowers hold a student loan, who collectively owe $1.56 trillion. Among consumer debts in the United States, it is only surpassed by mortgages.

What is the size of the student-loan crisis in the United States? How many borrowers have defaulted?

In the first quarter of 2019, the student-loan debt reached its highest point ever. Around 44.7 million US borrowers hold a student loan, who collectively owe $1.56 trillion.

Out of the 41.6 million borrowers who have taken out federally-managed loans:

Which universities and careers stand out as problematic?

A substantial problem lies in the fact that one-third of all borrowers have failed to complete their degrees. According to a Federal Student Aid (FSA) analysis, students who take out loans but do not graduate are three times more likely to default than those who do. Dropouts forgo the wage premium associated with a college degree.

The mismatch between job requirements and qualifications accentuates the debt burden. More than 40 percent of college graduates take jobs that do not require a degree, and at least 1 in 5 college grads do not work a degree-demanding job a decade after leaving school.

Most of the student-loans borrowers in delinquency for 31 days or more went to public (1.6 million) and for-profit (1.2 million) universities. However, those who attended for-profit schools were four times more likely to default on their loans than those who went to public or private nonprofit institutions.

The incentives to take out loans for college degrees have funnelled funds to for-profit institutions, community colleges, and online programs with weak educational outcomes. A study conducted by Adam Looney of the US Treasury Department and Constantine Yannelis of New York University identified that, between 2000 and 2014, “most of the increase in default [was] associated with borrowers at for-profit schools, 2-year institutions, and certain other nonselective institutions.”

Demographics also help explain the disparity. A 2016 Brookings Institute report found that “for-profits have the highest proportion of female and minority students, they come from families with the lowest levels of parental education, are the most likely to be single parents, and have the highest average number of dependents among the sectors.”

According to personal-finance websites Bankrate and Payscale, some career paths that will make very difficult to repay the debt are:

For instance, news reporters with a standard industry salary take on average three decades to pay off their student loans.

What are some private-loan alternatives to public subsidies?

Financial institutions have been offering loans to students for years, especially in the late 1990s and early 2000s. However, the number of banks and lending agencies participating in the student-loans market has since shrunk.

Most banks provide borrowers with a six-month grace period after degree completion to begin repayment. Interest rates are usually higher than in federal programs, as well as penalties for delinquency.

After banks reduced the number of student-loans offerings, credit unions expanded their stake in the market. Some credit unions have partnered with state higher-education agencies to provide more affordable interest rates and repayment terms than banks’.

Circumventing financial institutions, students are asking friends, relatives, and complete strangers for funds through peer-to-peer platforms. Interest rates there can be significantly lower than those offered by banks, and borrowers can choose among a wide variety of repayment plans.

The increasingly risky ordeal of student loans has pushed families to seek alternatives that do not imply borrowing. Universities themselves have instituted award programs that cover the difference between tuition costs and what the family can afford. The award commits students to excellent grades or repayment after graduation in some cases.

What are prominent presidential candidates promising to do about the crisis?

She proposes a one-time student-debt cancellation based on the borrower’s annual household income. The government would pardon $50,000 of the total amount of the debt for borrowers who earn less than $100,000. Borrowers who earn between $100,000 and $250,000 would be eligible to a smaller amount.

She also offers to make public colleges tuition-free, considerably expand the Pell grant program, and end public funding of for-profit colleges. Her campaign estimates the debt cancellation would cost $640 billion and free public college would cost $1.25 trillion over the next 10 years.

Sanders wants to forgive the debt of all 45 million borrowers and pay for it with a tax on every bond and stock trade. He also wishes to offer free college to students with annual household incomes of $25,000 or less.

His campaign estimates that the whole plan would cost $2.2 trillion over 10 years. Robert Pollin, an economics professor at the University of Massachusetts-Amherst, published a paper estimating the transaction tax could bring in $220 billion per year.

His proposals to better manage the current student-loans debt are:

Joe Biden has not released a plan to specifically address the student-debt crisis. His education policies do include the streamlining and simplification of the PSLF to help teachers. Biden believes teachers should get their loans completely forgiven and also get support for complementary training and certifications.

Paz Gómez
August 1, 2019
Previous
Why ‘Naked Statistics’ Succeeds Where Schools Fail
Next
Why Brazil Cannot Avoid Pension Reform
You might also like
One of the following
April 14, 2022