The Future of Blockchain Is in Our Hands

Success of Distributed Ledgers Is Not Guaranteed 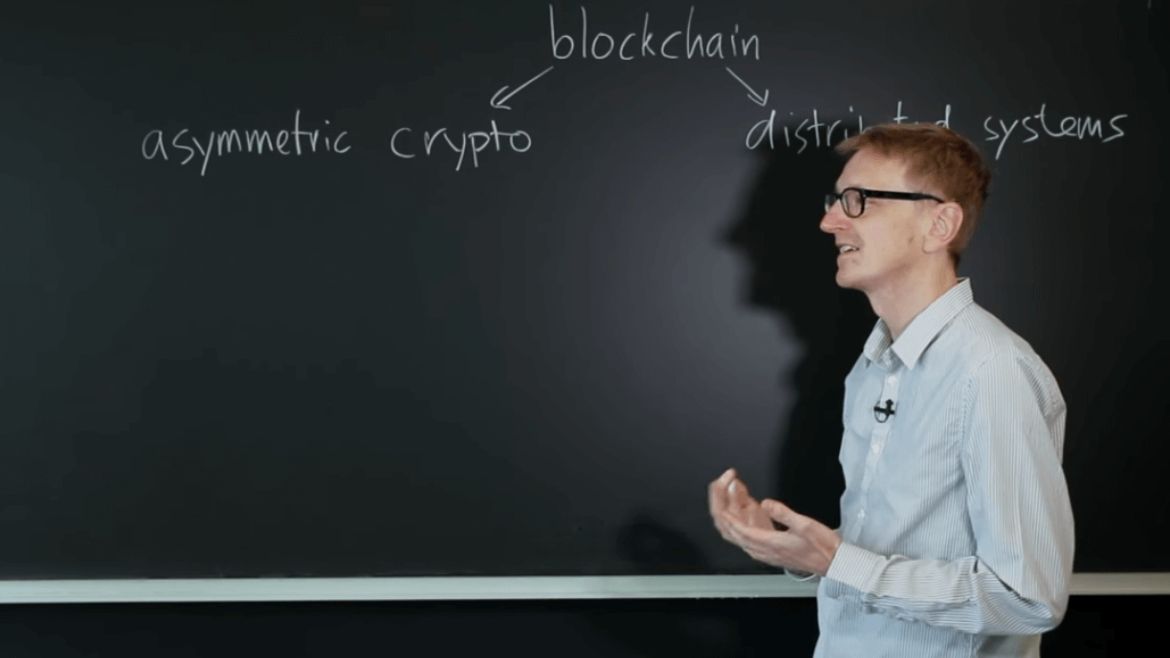 The Future of Blockchain Is in Our Hands

Have you ever stood before a once-in-a-lifetime opportunity, afraid that you would miss it? The 2017 documentary Blockchain and Us, directed by Manuel Stagars, makes us feel that way about the blockchain.

Stagars—a Swiss economist, entrepreneur, and filmmaker—depicts blockchain technology as a milestone in humankind’s long effort toward prosperity and autonomy. He acknowledges, though, that its success is not guaranteed, and that it will ultimately rely on how current societies embrace or reject these advances.

The documentary packs 20 interviews into just 30 minutes: software developers, cryptographers, regulators, entrepreneurs, consultants, and futurists from the United States, Canada, the United Kingdom, Switzerland, and Australia. Although Stagars embarked on this journey looking for answers, the film never crosses the line into eye-rolling propaganda. Above all, it focuses on questioning the audience’s prevailing assumptions.

The movie begins by reflecting on the blockchain’s potential, comparing it with the invention of airplanes. When we managed to fly across oceans or entire continents within hours, transnational interactions became a daily part of the modern economy. In 2009, the emergence of bitcoin, the first blockchain-based application, showed us that we did not need intermediaries to either save money or transfer it to someone else, wherever the recipient may be.

More importantly, we discovered that blockchain technology would allow us to permanently and transparently register any kind of transaction. Concepts and procedures related to economics and governance will continue to evolve as entrepreneurs, investors, and businessmen reshape our world with blockchains.

One of the interviewees was Rik Willard, founder and manager of Agentic Group, who believes the blockchain is creating “a profound shift on how the internet can be used to create value and enfranchize everyone into global finance.” Considering that almost 2.5 billion people around the world do not have access to basic financial services, the potential for growth is gigantic.

Roger Wattenhofer, a professor at the Swiss Institute of Technology, praised the blockchain’s digital-signature system that can verify someone really signed a transaction or data. He envisioned a future where written signatures would become obsolete.

Even though the blockchain was developed to become a foolproof system, it has limitations. According to Mathew Roszak, co-founder of Bloq, “the challenges will be the economics of blockchain services.” Other interviewees agreed that convincing businesses and customers to join the transformation is pivotal. Indeed, education oriented toward laymen must go beyond the technical details and focus on the many ways it can make our lives better.

But not everyone will be convinced. Some will actively resist it. Caitlin Long, president at Symbiant, explains that blockchain solutions are a threat to the business models and livelihoods of many actors, such as banks. Governments and intermediaries will try to halt or slow down adoption.

The blockchain’s ultimate destination is anyone’s guess, or whether an even more disruptive technology will replace it. What we know for sure is that it is already changing the game, defying centralization, cronyism, and forcing us to face new ideas.

We are not necessarily witnessing a major revolution that will render governments obsolete, but blockchain is without a doubt increasing prosperity. And “prosperity offers independence,” as Eric Van der Kleij, founder of Adeptra, said.

The documentary achieves its goal of getting the audience’s interest piqued. You cannot watch it and not want to learn everything there is about blockchain. Presumably, Staglar’s objective is also to get more listeners to his podcast with industry pioneers. The full interviews are available on the film’s website.

Although I am more optimistic about blockchain than the movie, it’s always healthy to check one’s premises and explore all points of views. There is still too much need and suffering in the world to let an opportunity like this pass. Let’s not allow the fear of change and the pressure of elitists limit humanity’s potential.

Paz Gómez
May 24, 2018
Previous
Let Consumers Combat Global Warming
Next
‘The Mechanism’ Shows How the Corrupt Will Eat Their Own
You might also like
One of the following
April 14, 2022