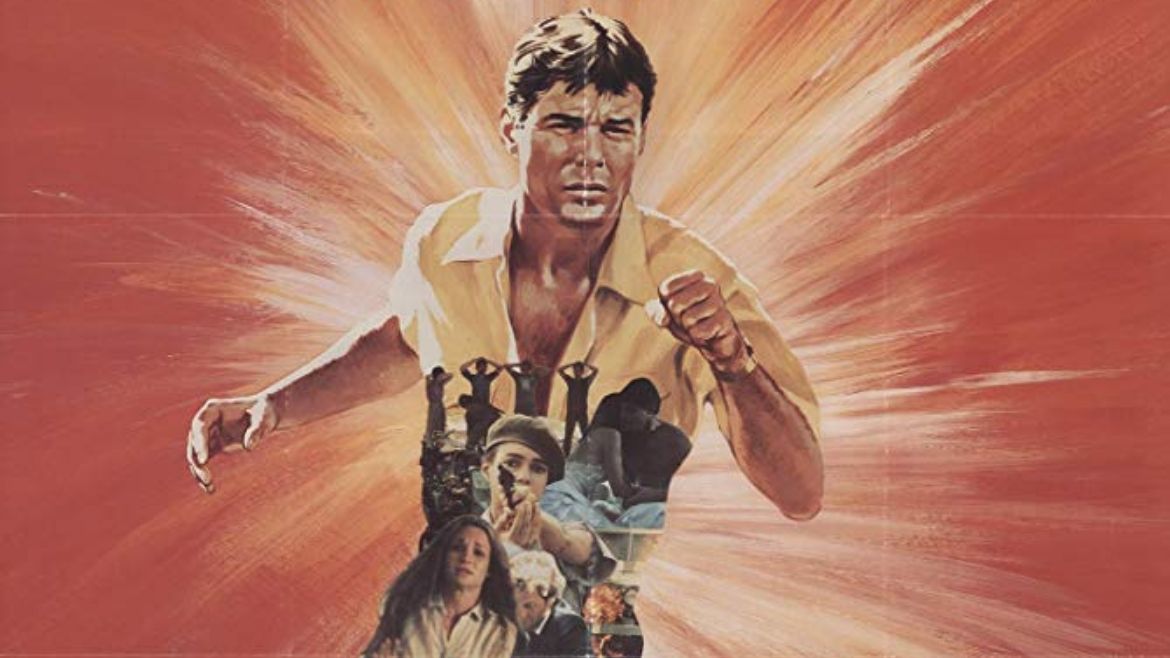 Jack Cox was a US journalist (played by Jan-Michael Vincent) who befriended Anastasio Somoza and shared the Nicaraguan ruler's account both in film and in a book. (IMDB)

Hollywood has become known for its progressive agenda, but some notable films still evade the filter. One such classic is The Giver (2014), starring Jeff Bridges and Meryl Streep, and a 1983 film based on a true story departs sharply from the popular narrative.

Last Plane Out dares to offer the pro-Anastasio Somoza account of Nicaragua’s communist revolution of 1979, as he ran out of supplies and fled the country. Perhaps even more surprising, it accurately portrays the Marxist guerrillas, the Sandinistas, as mostly murderous thugs with little ideological clarity or concern for the nation’s poor, who had little choice but to join the rebels or perish.

The Sandinista desire for centralized control, for example, led to brutal crackdowns against the Miskito people as they sought autonomy on the Atlantic coast. Hence, the Miskitos joined the US-backed Contras in fighting back against the communist dictatorship of Daniel Ortega. Nicaragua is now the poorest nation in Central America, no easy task with neighbors like Honduras and El Salvador to compete with.

Somoza (played by Lloyd Battista) was far from a saint, to say the least—the heir to a mercantilist, monarchy-like regime—but he had a friend in Jack Cox. The Texan reporter stationed in Managua, played by Jan-Michael Vincent, is the co-director and central character of the film, although how much creativity went into the story, one cannot be sure.

His romance with María Cardena (played by Julie Carmen) forms a prominent part of the story, perhaps for entertainment purposes, but it also humanizes the Sandinistas to some degree. Unbeknownst to Cox, she is one of them, and yet she goes out of her way to protect him.

Marxist guerrillas, with the backing of the Cuban and Soviet regimes, tracked Somoza down and assassinated him in Paraguay in 1980, and Cox died in the 1983 Korean Airlines shoot down. Their kinship lives on, though, in this film and in the coauthored book, Nicaragua Betrayed (431 pages, 1980), which I have just ordered.

Film technology has advanced enormously in the past 35 years. The simple camera work, scratchy video quality, and Spanglish dialogue offer charm to the story, which exceeds expectations in terms of its history and depth. The DVD version does not have any subtitles, but the Spanish is simple and limited and should not intimidate anyone.

Last Plane Out includes plenty of direct dialogue with Somoza, speaking on a friendly basis with Cox and warning him to get on a plane out of the country immediately. Somoza points out the fact that the revolution was prevailing because US President Jimmy Carter both cut off aid and blocked military and other supplies purchased from the Israelis.

Another provocative element in the film is the presence of an objective observer, a man who accompanies Cox and his camerawoman, to assure neutrality in his coverage. Cox and the chaperone debate about how to achieve unbiased, accurate journalism, and Cox points out that one side will more likely kill him than answer questions honestly. Regardless, the chaperone takes the prevailing, naive line and demands that Cox meet with the Sandinistas who, right on cue, demand that he leave or be killed.

There is so much history to unravel with regards to Nicaragua, and only so much can go into a 91-minute film. However, at very least Last Plane Out inserts oft-forgotten details into the story and provides a gateway to investigate further.

In my case, I plan to return to Nicaragua in person and explore the rural and coastal areas. Ortega is back in power and ruling with a mix of dictatorial mercantilism and collectivism, and he remains relevant internationally given his steadfast loyalty to the Bolivarian Alliance, which almost pulled off an upset in the dubious 2017 presidential election across the border in Honduras.

Fergus Hodgson
February 26, 2018
Previous
Ecuador’s First Crypto ATMs Defy Prohibition
Next
The End Is Nigh: USPS Monopoly No Longer Viable
You might also like
One of the following
April 14, 2022