US Senators Up the Ante for Sanctions on Chavistas 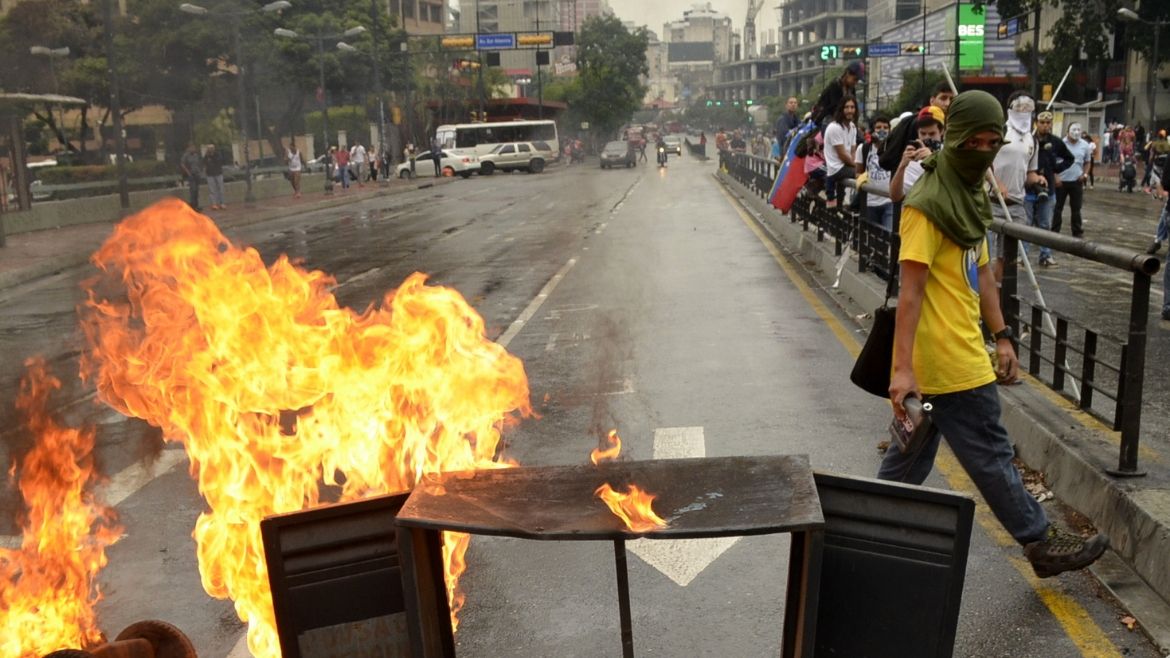 US Senators Up the Ante for Sanctions on Chavistas

On May 3, US senators introduced a new bipartisan bill intended to help solve Venezuela’s humanitarian crisis through sanctions, aid, and non-governmental organizations. Known as the Venezuela Humanitarian Assistance and Defense of Democratic Governance Act, its sponsors include senators Robert Menendez (D-NJ), Marco Rubio (R-FL), and John McCain (R-AZ), and the Senate has yet to schedule a vote on the bill.

The bill proposes to amend the Venezuela Defense of Human Rights and Civil Society Act of 2014, to expand the reach of sanctions on Venezuelan officials. These sanctions now cover cases of corruption and attempts to undermine democratic processes, and the impositions include visa withholding or revocation and the freezing of assets held in the United States.

The bill calls for $10 million in funding for non-governmental organizations to coordinate and distribute medical supplies and nutritional aid. The funding would also have the mission of raising government transparency and accountability under Nicolás Maduro’s regime of 21st-century socialism. The United Nations would assess the food and medicine shortages, as well as suggest strategies for resolving them. An $9.5 million would go to organizations defending human rights.

The US legislation would back Organization of American States diplomatic efforts to restore democracy in Venezuela — authorizing $500,000 for the OAS to monitor future Venezuelan elections.

“Venezuelan civilians are being harmed and killed by their own government as the dictator Maduro and his thugs use violence to suppress peaceful pro-democracy protests,” said Rubio. “The United States must stand with and support the Venezuelan people as they struggle to defend their rights and restore constitutional mechanisms and bring back democracy in their country.”

Senator Bill Nelson, a cosponsor, in a recent speech expressed the intention to restore order to the country: “The United States stands clearly on the side of the Venezuelan people calling on President Maduro to cease undermining democracy, release all political prisoners, respect the rule of law, and respect human rights.”

Another element of the plan seeks to wean Caribbean nations off their dependence on Venezuelan oil, since they get preferential treatment from the Chavistas, in exchange for geopolitical favors. The plan is to engage USAID more in the region and sponsor renewable energy and other initiatives for alternative energy and sustainable technology.

The bill would prevent Russian oil company Rosnet from owning a stake in US-based Citgo, a subsidiary of Venezuela’s national oil company, PDVSA. Rosnet recently entered a deal to lend Citgo $1.5 billion with collateral being 49.9 percent of Citgo.

With the possibility of default looming, lawmakers are taking this extra step to keep the Russian company from doing business in the United States. Last September Standard & Poor downgraded PDVSA to CCC, the highest risk of junk bond ratings.

If Rosnet were to take ownership in Citgo, the transaction would trigger a review by the Committee on Foreign Investment in the United States. This bill would prohibit the transaction without need for the review.

This particular piece of the puzzle may prove more difficult to get past President Donald Trump’s desk, despite his outspoken concern for the Venezuelan opposition and political prisoners. His predecessor imposed sanctions on Russia over the annexation of Crimea, and Trump has floated the idea of relaxing or removing these sanctions as part of Russian negotiations.

The bill would also require further investigations into government corruption and the alleged involvement of Venezuelan officials in trafficking drugs. Earlier this year, Trump extended sanctions on Venezuela Vice President Tareck El Aissami and his business associate Samark Lopez, based on the premise that they were profiting from the drug trade.

Despite the need for humanitarian aid, it is unclear whether the Venezuelan regime would accept it. They have blocked similar foreign aid proposals in the past, and might see such aid as humiliating and bad press. Chavistas often bristle at the idea of what they consider “American imperialism,” so they have been resisting attempts at aid with strings attached.

Regardless, the situation is so dire that Venezuelans now reject the anti-imperialist rhetoric, according to Eric Farnsworth, vice president of the Council of the Americas. Such “rhetoric has gone stale in Venezuela around people who don’t have enough to eat,” Farnsworth said.

Previous
Can Bitcoin Subvert a Border-Wall Remittance Tax?
Next
45 Years an Expat in Guatemala

Guest Author
May 10, 2017
Previous
Can Bitcoin Subvert a Border-Wall Remittance Tax?
Next
45 Years an Expat in Guatemala
You might also like
One of the following
October 29, 2020

All stories by:Guest Author
Login to Econ Americas
Reset Password
Enter the username or e-mail you used in your profile. A password reset link will be sent to you by email.
Share via
Facebook
Twitter
LinkedIn
Mix
Email
Print
Copy Link
Powered by Social Snap
Copy link
CopyCopied
Powered by Social Snap