Trump Has Time on His Side, but Cryptocurrency Network Is Growing 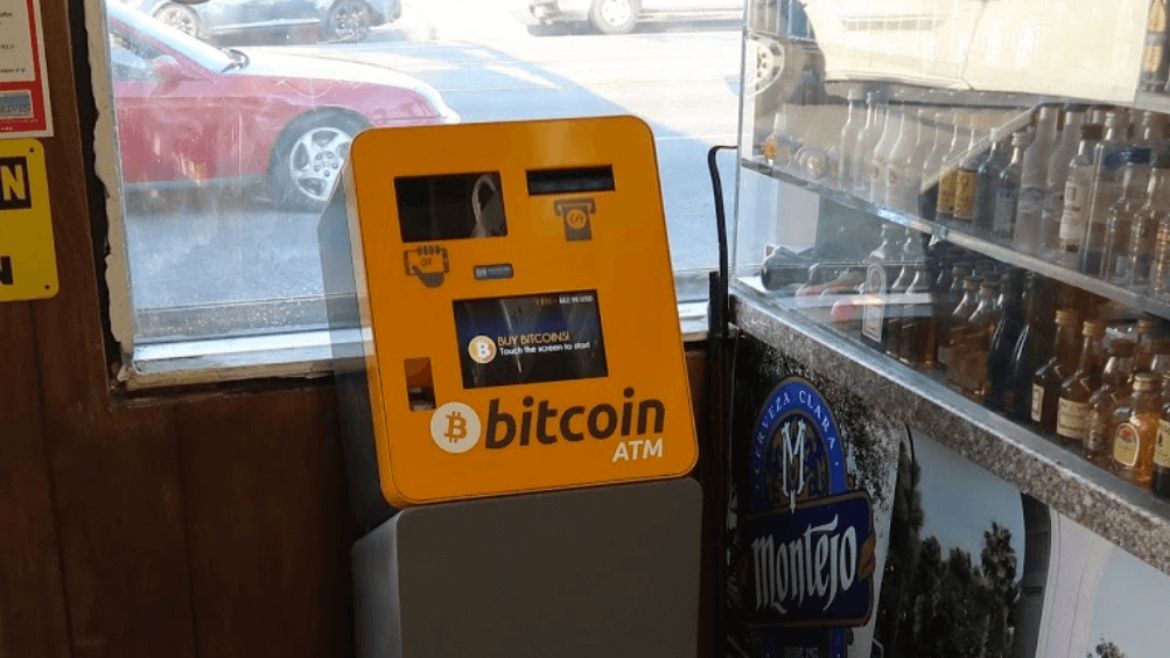 Bitcoin ATMs have begun popping up in Latino neighborhoods throughout the United States. (Google Maps)

As Republicans threaten to block or tax remittance payments to help pay for the Mexican border wall, digital-currency users are recommending bitcoin as a way to bypass the revenue scheme. But is bitcoin a viable solution to the challenge of sending money to relatives abroad?

President Donald Trump and GOP lawmakers have floated two plans that involve remittance payments to foreign nationals who benefit from the wages of illegal immigrants. During his campaign, Trump proposed to block all remittance payments to Mexico, unless her government made a one-time payment to fund the wall. Representative Mike Rogers (R-AB) has introduced a different proposal to impose a 2 percent fee on all remittance payments to countries in Latin America and the Caribbean. Rogers’s plan does not discriminate between money senders who are legal residents and those who are illegally in the United States.

Let’s examine both proposals and how bitcoin may play a role.

Trump’s plan would block all remittance payments to Mexico, posing a significant impact to the many Mexicans who depend on remittances from relatives who live in the United States. This prohibition would drive money transfers to underground methods, which often pose risks.

Following in the footsteps of Latin American drug traffickers, senders might go through underground hawala networks, which have operated for millennia in the Middle East on the honor system, but these are not well established in Mexico. Or senders might simply resort to sending money by post or through a trusted traveler, and then hope for the best.

Bitcoin provides an arguably more secure method of payment, as well as options for anonymity if necessary. Trump’s proposal never specified bitcoin, but if the plan is ever fleshed out, a ban on bitcoin remittances wouldn’t stop senders who are willing to take a few precautions to remain private.

However, Trump’s proposal seems unlikely because it would face legal hurdles, and its goal of raising funds hinges on Mexico’s capitulating to the demand of the one-time payment. As opposed to Rogers’s proposal, which would generate immediate revenue from the large flow of cash to numerous countries south of the border.

In 2016, residents in the United States sent an estimated US $27 billion to Mexico. If the 2 percent tax is implemented, then the US stands to gain $540 million in border-wall funds in one year. That compares to the cost of about $21.6 billion, as estimated by the Department of Homeland Security.

This more feasible plan would push some remittance senders to find lower-cost methods, but the bitcoin industry still lacks the infrastructure to offer competitive fee pricing. Even with the 2 percent tax, bitcoin remittances aren’t necessarily cheaper for the sender. They require the money to be converted twice, with bitcoin being the intermediary currency, while bank-to-bank transfer margins are typically about 4 percent.

Add to the mix that many immigrants with illegal residency status do not have bank accounts, so they would have to buy bitcoin using cash. In fact, bitcoin ATMs have begun popping up in immigrant neighborhoods, but their high fees make them an unattractive choice. A better option would be an in-person transaction using a site such as LocalBitcoins.com, but again, there’s still the cost of exchanging the money twice.

With either of the proposed plans, using bitcoin still poses challenges to both the sender and recipient of the remittance. Bitcoin services still have a UX problem, since average users find the experience daunting and confusing. In addition, citizens in the countries receiving payments lack a robust availability of resources to receive the money.

While it’s true that all you need is a mobile phone with data connection, some of the users live in areas with spotty connections, and use limited data plans. Payment receivers also face the problem of selling it to get local currency, because there are fewer buyers in Third World countries, especially in remote areas.

The past few years have seen an increasing number of services to Latin America, and new bitcoin businesses are popping up all the time. However, they focus on market segments with the highest profit margins, so the low income and unbanked are not a priority.

Perhaps the most promising of these new services is Abra, a mobile app service which connects bitcoin buyers and sellers throughout the world at low exchange rates. Bitcoin buyers can set their own fees, starting at 1 percent — thus incentivizing them to serve remote areas where they can charge higher fees. This all sounds good in theory, but it will take time to develop a robust network of buyers and sellers before Abra can be a viable option for many people.

If passed, the tax on remittances may serve as an incentive for more bitcoin startups to service Latin America, but it is far from ready to service those in remote areas in a cost-effective manner. Even with the 2 percent tax, it still may make more sense for the unbanked to send the money via the ubiquitous Western Union. So unless there is a complete ban on remittance payments, which is unlikely, don’t expect the border wall to flood bitcoin with usage any time soon.

Guest Author
May 3, 2017
Previous
Socialism Is the Root of Venezuela’s Disaster
Next
US Senators Up the Ante for Sanctions on Chavistas
You might also like
One of the following
April 14, 2022