How to Achieve an Independent California 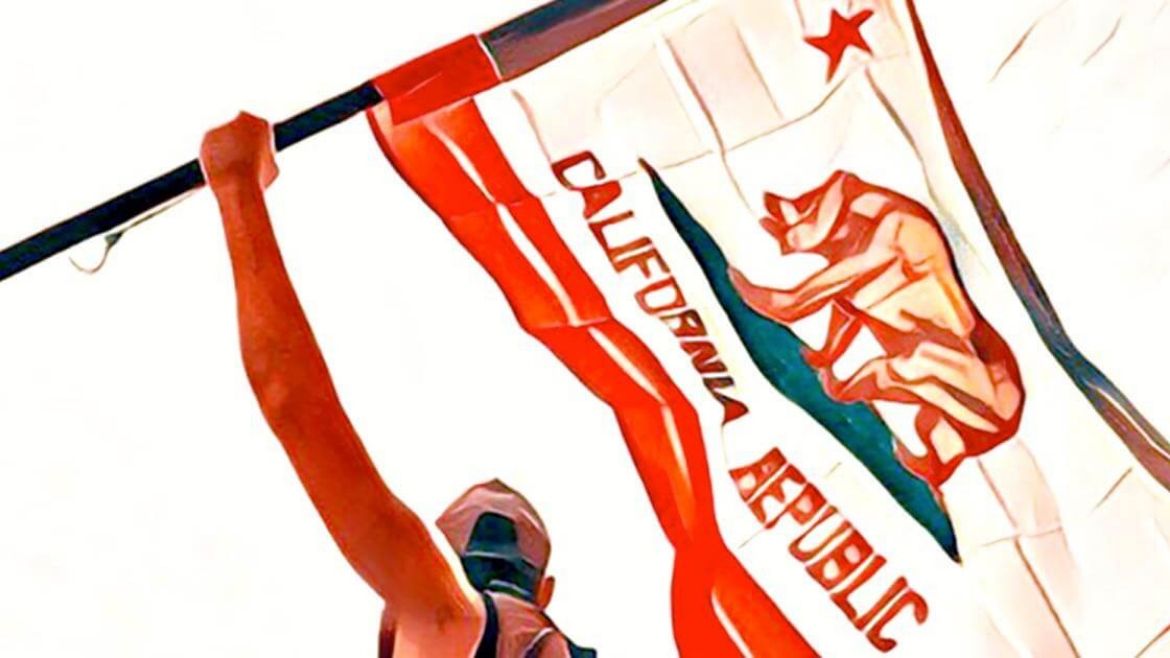 Many Californians feel disenfranchised by the federal government and want a separate nation. (CNP)

How to Achieve an Independent California

Disgruntled Californians have formed a new political party to fight for autonomy from the federal government, which they say interferes with California’s interests and values. The California National Party (CNP) seeks to advance its platform issues at the local level, and push back in cases where the feds interfere.

Theo Slater, the CNP national chair, compares the movement to the American Revolution, which wasn’t considered secession but rather a revolt against unjust rulers.

Similarly, they now want Californians to declare independence, just as they previously declared their independence from Mexico, before being violently annexed into the United States.

However, the CNP are determined to remain peaceful this time, and they recognize the project will take decades or longer. Therefore, in the early stages, they intend to focus on local elections, supporting politicians and causes that fit in with their party’s values. The goal is to put the interests of Californians above those of the rest of the United States.

The movement is motivated by what members see as an intrusive federal government that interferes with their affairs, without regard for Californians values, such as multiculturalism, privacy, and non-intervention in foreign wars. They consider it a huge injustice that they pay a significant amount in federal taxes, yet are prevented from determining their own affairs. They see federal-level government corruption as immovable and believe politicians can be more effective and accountable when governing in a smaller area.

Of course, they are not alone in their concerns, and many Californians past and present have started movements to separate, either regionally from the rest of California or to break away from the entire United States. They are fueled not only by the above-mentioned issues, but also the regional differences resulting from diverging demographics and politics.

The State of Jefferson movement, for example, consists of conservatives in the northernmost part of California who want to form their own state. The Yes California secession movement has surface-level similarities with the CNP, but seeks to revoke the US Constitution as the “supreme law of the land” in California, something that conservative constitutionalists would never go for.

The CNP movement also differs from these other movements by addressing the concerns of both conservative and progressive voters, in order to attract and cooperate with them. For instance, Slater suggests that the Nation of California would alleviate federal gun control and replace that with local control at the county level. Rural areas would have minimal weapons restrictions, whereas larger cities would be extremely strict.

“There is no gun policy that would fit a rural county and fit Oakland at the same time,” says Slater.

Besides gun control, the CNP touts other solutions to issues that would potentially appeal to Republicans in the state, such as abolishing the federal income tax. Similarly, restraint regarding foreign intervention and respect for privacy from government surveillance would especially appeal to the liberty-minded type of Republican.

Though members of the CNP would probably bristle at the comparison, there are many parallels between their movement and Brexit, which was spearheaded by traditionalist politicians in the United Kingdom. Critics derided Brexit as anti-immigration, but in reality the proponents sought a country’s sovereignty to control its own affairs. Regarding immigration, the Brexiters wanted to create an immigration policy that made sense for the country.

Brexit appealed to the working class with talk about smashing the establishment. There was also a sense of sentimental pride in being a British citizen, as opposed to being a member of the European Union. Similarly, Californians feel pride in their own state, which is both geographically and ideologically far removed from Washington, DC.

The CNP’s aesthetic choices for marketing materials exemplify this pride, which celebrate the beauty, spirit, and history of California. It’s about “building a sense of California patriotism,” says Slater, “seeing themselves as Californians first.”

Of course, Californians have been US citizens for 170 years, so the US mentality is more ingrained, whereas Britons have been part of the “United States of Europe” for only 43 years. Britain has reversed that relatively quickly, but California faces significantly more challenges with untangling its affairs from the United States.

When questioned about such a tall order, he quotes Nelson Mandela: “It always seems impossible until it’s done.”

To be fair, for a state to break away from the union is theoretically possible. However, in a large state like California, with its geographical and political divides, it will be impossible without broad-based cooperation. Forming that coalition won’t be easy, and progressives will have to do more than just throw a bone or two about guns and taxes.

Given the extremely controversial election of President Donald Trump, CNP membership is bound to include staunch progressives in panic mode about Republicans and seeking an exit. Unfortunately, these types have shown an unwillingness to engage peacefully, effectively silencing their opponents through violence, so a sudden turnaround is hard to imagine.

Even milder Democrats pose a problem to cooperation across the ideological divide because of their tendency to parrot elitist rhetoric about Republicans being uneducated, racist, misogynist, or otherwise intolerant. Will they suspend such hyperbole enough to listen?

Furthermore, the CNP must assuage concerns about mass immigration. With their emphasis on multiculturalism, Republicans may wonder if this is an open-borders movement. To be fair, they are not.

“California cannot accept the entire world,” says Slater. While they would allow a path to citizenship for longtime residents, they would still protect California’s borders from unauthorized entrance.

So, from the perspective of a California Republican, the CNP platform might seem reasonable or, at least, not worse than the current situation of big government here. Decentralization makes sense, especially considering that Trump won’t be president for ever.

But will CNP members effectively address the concerns of Trump voters in California? On a large scale and in the near future, probably not. However, because the first step is building local-level coalitions that include conservatives, they may succeed in areas where neighbors cooperate pragmatically despite ideological differences.

The CNP has a unique opportunity to effect real political change in California. Even if they never achieve their goal of independence for California, they can still make California great again through local governance and better community relations.

Guest Author
April 4, 2017
Previous
‘The Goldwatcher’ Fails to Live Up to Its Cover
Next
E-Justice Is a Game Changer for Paraguay
You might also like
One of the following
April 14, 2022