E-Justice Is a Game Changer for Paraguay 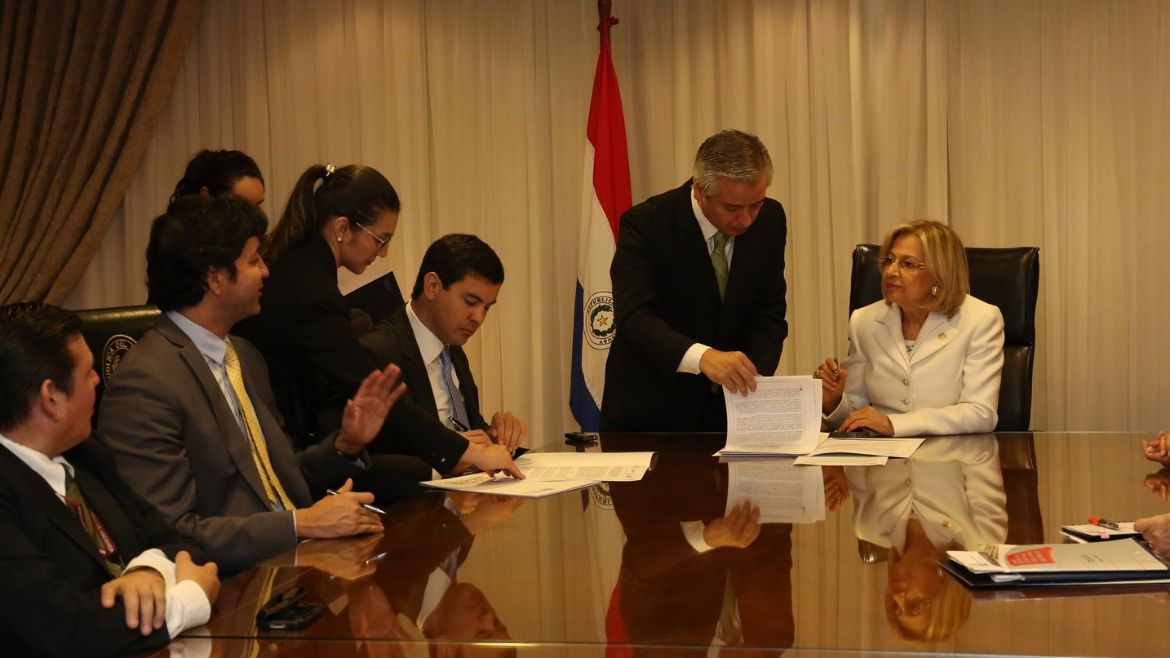 The Paraguayan Supreme Court of Justice signs off on digital access to information. (Senatics)

E-Justice Is a Game Changer for Paraguay

Paraguayan officials have finally begun to digitize their justice system, and the South American nation climbed 27 places in the latest biennial UN E-Government Development Index. While the ranking of 95th remains behind the pack, it reflects both the challenges of a developing nation and the importance of addressing this shortcoming.

Antonia Bogado, a 25-year-old Paraguayan lawyer, explains that the emphasis since 2013 on ICTs (Information and Communication Technologies) “aims to implement computerized procedures, meaning that eventually paper documents will be replaced by their digital versions. It seeks to take advantage of all available technology to institute justice more efficiently.”

One of the obstacles to solving government corruption has been a lack of access to public records. Since 2014, citizens of Paraguay have had the constitutional right to access public records. However, in practice that can still be a challenge, because constituent watchdogs must travel to a bureaucratic office and then rely on a government employee to search through a paper archive.

At least, Bogado explains, this requirement “forces public institutions — including the judiciary — to verify compliance with transparency standards, such as access to information, integrity, and accountability.”

Going forward, the addition of searchable digital files will enable constant vigilance and impede low-level corruption, such as bribery to speed up a case or to slow down an opponent’s. In some cases, government workers have permanently misplaced documents. In contrast, when all legal information gets recorded digitally, such injustices can only happen with the complicity of higher officials, who can later be held accountable.

“This trend improves the link between the judicial system and individuals,” says Bogado, “to promote citizen participation and remove barriers to access.”

Although several state agencies are digitizing — most notably the justice system — Bogado says there is a lack of both political will and funds for full implementation of e-government. She does not want the motivating factor to be new taxes, since the digitization should actually save money once in place: “The ideal scenario would be to realign the state budget, instead of increasing public spending for this.”

While e-justice may not be a silver bullet that will cure corruption, it is a paradigm shift for Paraguay. “The process here is slow, but it is a start,” says Bogado. Since October 2016 the Supreme Court has used a pilot program, and she has seen greater fluidity and transparency. She is also optimistic that rising international expectations from developed nations are a healthy stimulus. Correspondingly, other Latin American countries may follow Paraguay’s lead.

Fergus Hodgson contributed to this article.

Paz Gómez
April 12, 2017
Previous
How to Achieve an Independent California
Next
Socialism Is the Root of Venezuela’s Disaster
You might also like
One of the following
January 1, 2021