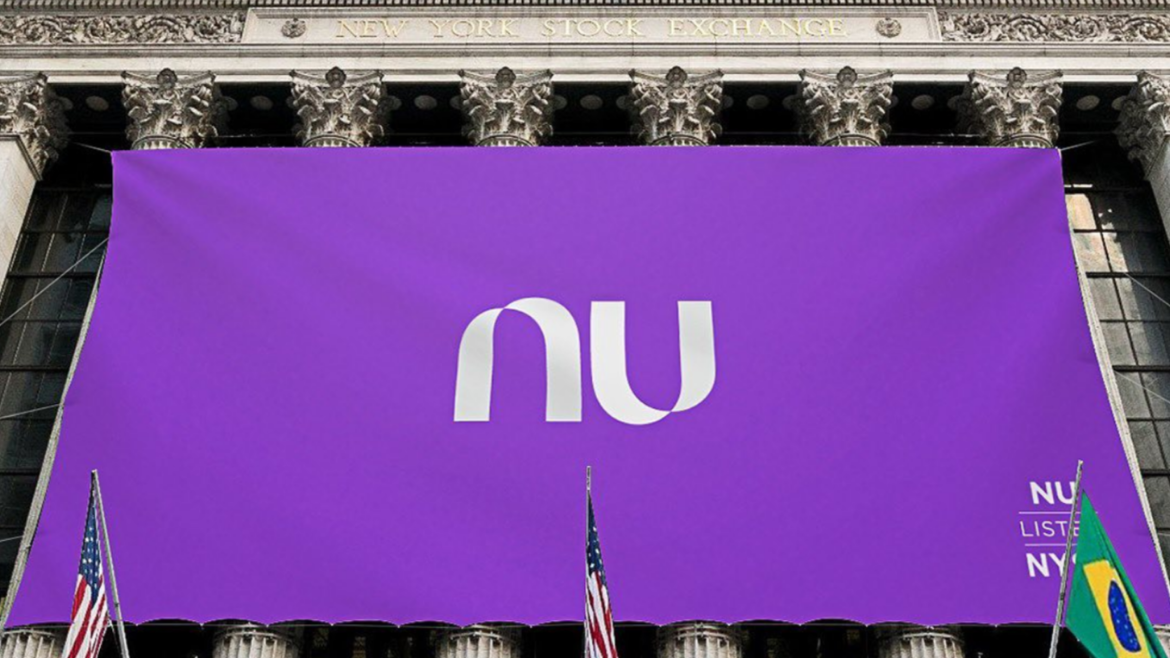 The Brazil-based fintech company has weathered its first market correction after more than 800,000 people bought its stocks. (Nubank)

After an astonishing debut in the New York Stock Exchange (NYSE), Nubank faced a sudden fall. From its peak of $11.85 on December 10, when the company went public, it almost halved by January 28.

The market capitalization of the world’s largest neobank thus fell from $54.6 billion to $31.1 billion. This was a sobering reminder that Wall Street will not accept a perpetual bank of tomorrow, as Brazil is the perpetual country of tomorrow. Nubank needs to be and can be the bank of today.

Keep in mind, January was a bad month for the US stock market in general. The company’s efforts to displace incumbent banks in Latin America with a digital-first approach have just started, and favorable Wall Street reviews have pushed the price up again to $9.10 per share.

Can Nubank Take On Itaú?

The Brazil-based fintech company has weathered its first market correction after more than 800,000 people bought its stocks.

With more than $2.5 billion raised, Nubank’s public offering became the fifth-largest IPO in the United States in 2021. At its peak, the neobank’s market capitalization surpassed Itaú Unibanco’s—the largest private bank in all Latin America.

That is an impressive feat, considering Nubank is just eight years old. As a testament to its staggering growth, Nubank saw a tenfold increase in users over four years to 48 million across Brazil, Mexico, and Colombia.

Under the hood, Nubank’s finances are another matter.

Itaú has a price to tangible book value of two, whereas Nubank’s stands at 10, which indicates higher potential losses for investors. In the same vein, Itaú’s annual revenue per active client is $226, and Nubank’s is just $37.

The incumbent bank has more valuable tangible assets, which make its stocks less risky. Moreover, Itaú has a vast advantage in complex products such as mortgages and payroll loans. By focusing on financial inclusion, Nubank has been postponing similar services.

Where Nubank Will Grow

The successful expansion of the Brazilian neobank has made clear that its opportunities lie where Itaú and other incumbents cannot reach: the unbanked and underbanked. It is also well suited to cater to younger generations accustomed to using digital services.

Indeed, the IPO’s goal was to expand Nubank’s operations beyond its current three countries. The natural growth path is across Latin America, where fintech has boomed since the pandemic.

For instance, Peru, Argentina, and Uruguay rank among the world’s most unbanked countries, according to the British research platform Merchant Machine.

In addition, online payment platforms doubled in the region from 2019 to 2020, and 40 million Brazilians, Colombians, and Argentines opened a bank account in the last two years.

Nubank has sheltered itself from the usual Latin American regulatory instability by incorporating in the Cayman Islands. It has followed in the footsteps of another regional tech giant, Mercado Libre. The successful Argentine online marketplace set up shop in Delaware in 1999 and thus managed to survive the economic chaos of the following years.

Prior to its IPO, Nubank received funding from Warren Buffet’s Berkshire Hathaway, Sequoia Capital, SoftBank, and Tiger Global Management. They are betting on the firm’s massive expansion potential to reap substantial rewards over the years.

One month after the IPO, Wall Street experts have started rating the neobank’s performance. Of the initial coverage, only Itaú BBA analyst Pedro Leduc was bearish, with a sell recommendation and a target price of $8.

In contrast, Jorge Kuri from Morgan Stanley published a buy recommendation and a $16 target price—a 75 percent upside. For Kuri, “Nubank will soon be the largest and most profitable banking franchise in Latin America due to its rapid digital platform growth and the cross-selling of additional products.”

Likewise, Goldman Sachs analyst Michael Ng placed a buy recommendation and a $15 target price, and James Friedman from Susquehanna followed the lead with a $14 target price. Friedman believes Nubank has a unique growth history that will continue.

In addition to Latin America’s growing middle class, experts point out that Nubank has an outstanding execution of its online banking services and strong brand recognition.

Regarding Brazil’s forecasted economic downturn for 2022, Michael Ng explained that Nubank could benefit from that scenario due to its low-cost offer. For Goldman Sachs, the neobank’s use of artificial intelligence, behavioral finance, and data analytics will be pivotal in reaching over 100 million users by 2025.

Paz Gómez
February 16, 2022
Previous
Chile Sets Up First Venture Exchange in Latin America
Next
How an Ecuadorian Mining Project Raised $235.5 Million
You might also like
One of the following
April 14, 2022