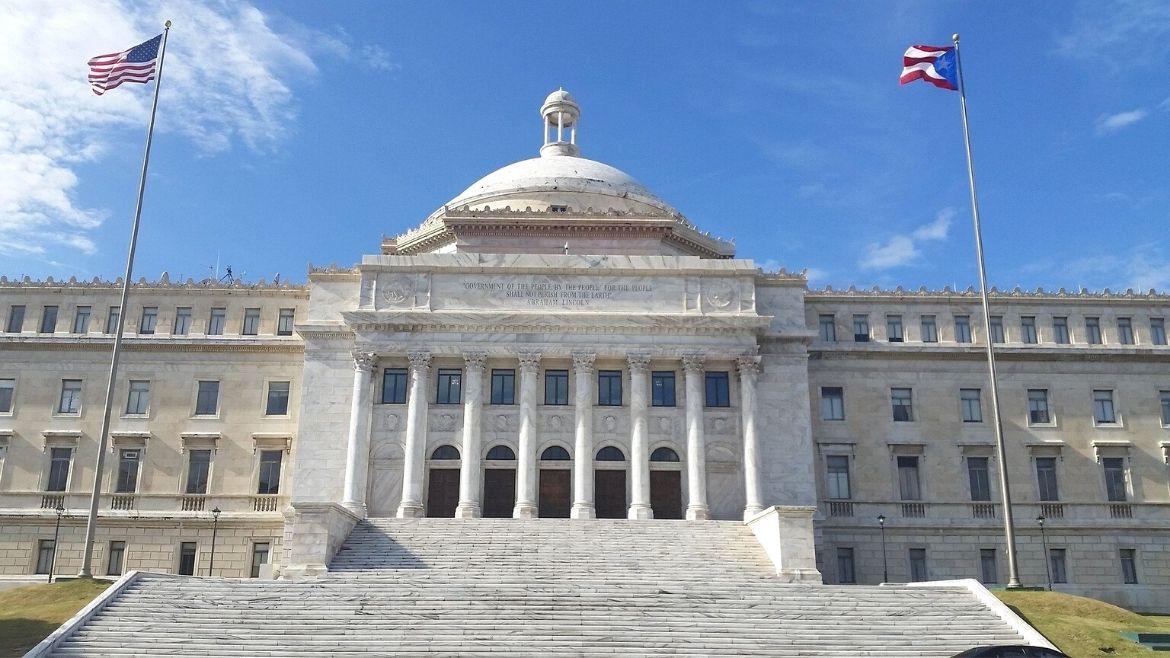 The deal is particularly attractive to US citizens: they do not need a residency permit. (MariamS)

A decade ago, Puerto Rico set out to become a tax haven to lure individuals and companies from both the US mainland and abroad. However, a combination of natural disasters, government mismanagement, and unsustainable debt led to the US commonwealth’s bankruptcy in 2016. Further, the Tax Cuts and Jobs Act passed by the US Congress in 2017 lowered the mainland’s corporate tax rate.

To keep its attractiveness, Puerto Rico decided to double down on tax incentives in 2019 with a new law, making the island even more appealing for new businesses and investors.

Puerto Rico is a US autonomous territory located in the sun-kissed Caribbean sea, a mere three-hour flight from Orlando, Florida.

Puerto Rico’s capital city is San Juan, population 395,000. Its port is the eighth most active one in all the United States. San Juan enjoys adequate road and transportation infrastructure but still struggles with internet connectivity.

The island’s official languages are Spanish and English. All government procedures are conducted in English, and several staple US businesses, such as Walmart, Home Depot, and Walgreens, have a presence on the island. The US dollar is legal tender.

The Tax Incentive Code (Act 60), which incorporates tax incentives from 2012 into a single law, became effective in January 2020. The legislation provides tax exemptions to businesses and investors that relocate to Puerto Rico. In 2018, 610 companies and 700 individuals moved to Puerto Rico.

The deal is particularly attractive to US citizens: they do not need a residency permit, their Puerto Rico income is exempt from US federal income taxes, and they get to keep benefits such as Medicare.

Aiming to become an international hub of service providers, Puerto Rico encourages businesses and entrepreneurs to connect with clients outside the island. The exports sector therefore gets the main tax advantages.

The fiscal benefits for new businesses in these export sectors are:

Companies that provide services deemed “strategic” by the Puerto Rican government, such as those that employ many workers or promote new technology, can receive further exemptions. 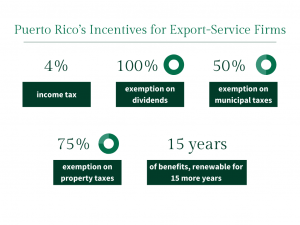 To benefit from these incentives for export services, it is mandatory to incorporate in Puerto Rico as a business entity (not a sole proprietorship) and set up a local office. Entrepreneurs must also hire at least one Puerto Rican employee if the annual business volume exceeds $3 million.

The company must comply with local labor regulations and be able to prove, in case of an audit, that the Puerto Rican employee is doing a real job in the company. Salaries are subject to Puerto Rican payroll taxes.

What are the fiscal incentives for investors?

To benefit from these incentives, gains should be recognized before January 1, 2036. In addition, investors must be able to demonstrate they effectively reside in Puerto Rico and do not maintain closer ties to other jurisdictions.

For instance, if investors own other homes outside Puerto Rico, they should prove the one on the island is their main home. This may mean moving to the island with family and interacting regularly with local banks.

Additional requirements include a one-time fee of $5,000 to a special fund to promote the relocation of investors to Puerto Rico prior to obtaining the tax exemption status and an annual contribution of $10,000 to a duly registered nonprofit in Puerto Rico.

What does Puerto Rico require of businesses and investors?

The most important requirement is that businesses and investors must become effective residents. This implies, for individuals, living on the island for at least 183 days of the year. Further, they cannot have been a Puerto Rican resident between 2009 and 2019.

Residents must prove increasing roots in Puerto Rico: for instance, getting a Puerto Rican driver’s license and registering to vote on the island. To be exempt from taxes on new property, they must buy it within the first two years of moving to the island.

Business owners who cannot or choose not to relocate to Puerto Rico along with their business can still get an attractive tax break. The US Global Intangible Low Taxed Income (GILTI) mandates companies whose majority owner does not reside in Puerto Rico must pay the 4 percent corporate tax rate to Puerto Rico and an additional 6.5 percent rate to the federal US government. In total, companies are taxed 10.5 percent on their net income under this scheme.

Given the federal US corporate tax rate of 21 percent, it is still convenient to set up shop in Puerto Rico and provide services to clients outside the island.

Paz Gómez
January 1, 2021
Previous
Monetary Metals Turns Gold Into Fixed Income
Next
Why Invest in Latin America in 2021
You might also like
One of the following
April 14, 2022