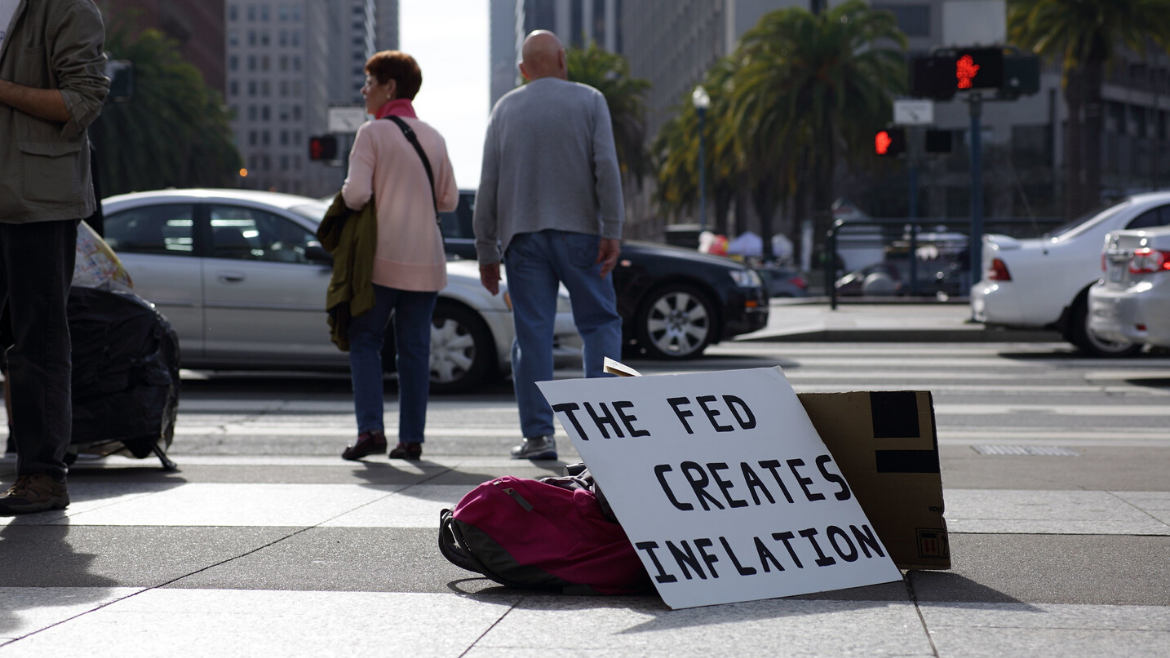 Economists call inflation a hidden tax because it chips away at the purchasing power of a currency. (John Loo)

There are no free lunches in economics, and the unprecedented stimulus package the US federal government is rolling out to alleviate COVID-19 lockdowns is no exception. The millions of Americans receiving the $1,200 aid check in the coming weeks will feel relief now but inevitably suffer down the road.

The latest of the three bills the US Congress has passed for fiscal expansion will cost $2.2 trillion. It includes not only one-time checks to households and individuals earning less than $75,000, but also loans, tax breaks, and grants for businesses hit by the emergency—although who actually receives the money is messy. A bipartisan congressional consensus has emerged, paving the way for protracted government spending.

“We could very well do a second round [of stimulus checks],” President Donald Trump said on April 6.

Who will end up paying for all this? Not Wall Street. The stock market received with glee the Federal Reserve’s historic announcement it would open the floodgates to buy not just government bonds but corporate debt as well. Make no mistake: this is quantitative easing on steroids, and the 2008 bailout will seem nimble by comparison.

Debt in the form of short-term treasuries is how the US government finances most of its expenditures. The fact the Federal Reserve has slashed interest rates to essentially zero does not mean the government gets to spend for free, however.

For the first time in history, the official national debt has surpassed $24 trillion, and the debt-to-GDP ratio will likely exceed the 106 percent record from World War II. The official number does not include unfunded liabilities, which compound the problem by an order of magnitude. Fiscal revenues are servicing an ever-growing debt, which is crowding out spending for essential public services working-class Americans rely on.

“This new debt will last far longer than the economic damage from the coronavirus,” warns Allison Schrager, a senior fellow at the Manhattan Institute.

As for the budget deficit, the Committee for a Responsible Federal Budget estimates it will almost quadruple to $3.8 trillion this year, the equivalent of 18.7 percent of GDP. With more coronavirus-relief spending down the road, the forecast is a conservative one.

Any interest-rate increase would create immense problems for fiscal sustainability at all government levels in the United States. It is politically untenable, which leaves monetizing the debt. That is economics jargon for printing it, à la Argentina and Venezuela.

Economists call inflation a hidden tax because it chips away at the purchasing power of a currency. Taxes are visible and unpopular with constituents. Hence, elected officials prefer a circumvention that workers and businesses will only feel months later when their dollars fetch fewer goods and services.

Trying to dismiss concerns, the Federal Reserve claims the inflation rate in the United States has remained below its 2 percent target for years. However, an experiment in a global health crisis amounts to playing with fire. The coronavirus emergency paints a gloomy picture for the world economy in the following months. In addition to a diluted currency, disruptions to supply chains, closed businesses, and diminished competition place upward pressure on prices.

Inflation might be in check due to reduced demand, for now. Housebound workers will likely use their stimulus checks for basic staples, utility bills, and paying rent, but when the worst of the storm has passed they will go out and spend widely again. If businesses are not capable of resuming production, the available goods and services will become more expensive.

Despite the historic policy responses, JPMorgan economists do not see output returning to pre-virus levels until 2022. Price inflation will rear its ugly head.

One pending task for federal officials after the coronavirus outbreak is revising how they estimate inflation. There are signs they have a defective measuring stick in their hands.

July 2019 research from the University of Essex has revealed average consumers perceive inflation as higher than the official figure. Their perceptions hinge on rising prices of livelihood expenditures and, at times, a decaying quality of life.

Housing is a major inaccuracy factor, since prevailing calculations ignore the share of income most workers allocate to keeping a roof over their heads. As a result, the numbers fail to reflect how median and low-wage earners struggle with home debt or lease payments.

While house prices in the United States increased by 48.6 percent over the last decade, personal disposable income rose by 28.1 percent. Personal-consumption expenses grew by 40.1 percent. Sustaining the same quality of life with the same dollars is increasingly more difficult.

The US government included the evolution of house prices in the inflation-rate formula until 1983, when a measure called non-market rents replaced it. Abstract disputes on whether purchasing a house is consumption or investment impeded concrete concerns of most Americans.

In the same vein, the public perception of inflation is higher than the official rate because of price increases in frequently purchased goods and services. While computers, cellphones, cars, and furniture have become cheaper, insurance, education, house-keeping, and vehicle services have skyrocketed.

The Path to More Accurate Measures

Even if consumers were off the mark, their high-inflation perceptions still affect the economy. In 2007, former Federal Reserve Chairman Ben Bernanke explained, “the state of inflation expectations greatly influences actual inflation and thus the central bank’s ability to achieve price stability.”

Economists such as Frederic Mishkin, Gregory Mankiw, and Andrew Levin have examined official estimations and surveys of “real-feel” inflation. Research shows that, on average, consumers and economists tend to get near-future inflation right.

Consumer insights come from the day-to-day economy: their frequent purchasing behavior, financial decisions, and future planning. This equates to a crowdsourced measure, somewhat akin to betting markets. There is room for the Federal Reserve and Bureau of Labor Statistics to include perceptions from different consumer personas in its inflation-rate estimate.

During tough times, officials have the responsibility to avoid false steps. The best way to ensure that is listening to the real economy and letting markets take their course and recover from shocks such as the pandemic. Papering over the problem is going to devalue that paper and hurt those reliant on fixed incomes.

Paz Gómez
April 24, 2020
Previous
How the Divided States of America Came Apart
Next
REITs in Ecuador Take Off
You might also like
One of the following
April 14, 2022