The Fate of Julian Assange

Extradition to the United States Likely, Could Take Years 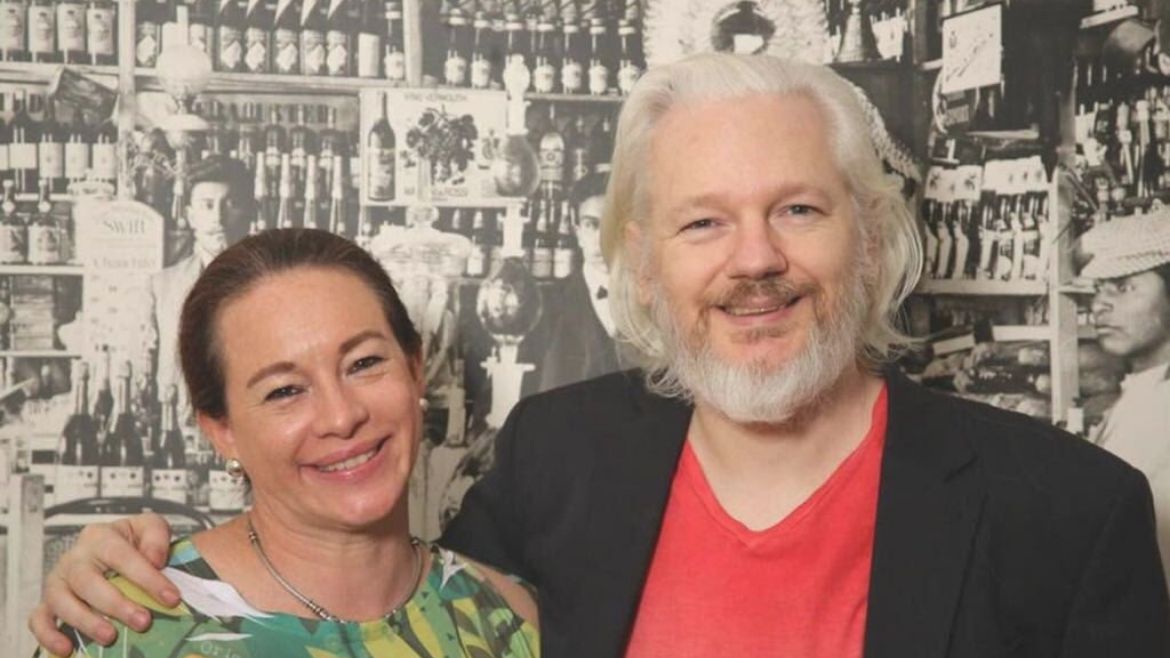 The Fate of Julian Assange

Australian hacktivist Julian Assange stayed 2,487 days in Ecuador’s London embassy. The ordeal began in August 2012 when former socialist President Rafael Correa granted him asylum as a way to build his own global stature.

On April 10, 2019, the Ecuadorian government stopped protecting Assange and UK police arrested him the next day. On May 1, he was sentenced to 50 weeks in prison for breaching the conditions of his bail and on May 2 he will face a hearing on his extradition to the United States.

Assange, the founder of whistleblowing site Wikileaks, claimed that sexual-assault charges pressed against him in Sweden were an excuse to extradite him to the United States, where he would be tried for his leaks of government information. Seven years later, the Ecuadorian government had spent over $6.5 million to house Assange and the United Kingdom over $20 million to surveil him.

Two months after his arrival, Assange gave a press conference from the embassy’s balcony and asked then US president Barack Obama to stop the attacks against Wikileaks.

In June 2014, the hacker announced he would soon leave the embassy, but the British police warned him that they would arrest him as soon as he stepped outside. Assange asked France for asylum in 2015 to no avail. In November 2016, he agreed to be interrogated by the Swedish prosecutors inside the embassy. In the meantime, the watchdog group Focus Ecuador reported that Ecuador’s intelligence service Senain had mounted an operation to spy Julian Assange and prevent information leaks.

The 2017 presidential election in Ecuador became a threat to his embassy stay. The main opponent to Correa’s regime, Guillermo Lasso, promised that he would ask Assange to leave, and the current president Lenín Moreno said he would protect Assange only if he did not interfere in political affairs.

Since the hacker refused to comply, Moreno devoted considerable efforts to resolve the case, including a written agreement to give him the Ecuadorian citizenship in exchange for his silence. Assange kept commenting on sensitive political issues, such as the Calonia independence crisis, so the embassy blocked his communication channels and took away his electronic devices.

Supporters of Assange then launched an online petition in March 2018 to give Assange back his internet access. After they gathered 100,000 signatures in October, the Ecuadorian government partially restored his communications, but the hacker’s presence continued to be a burden. He was disrespectful toward staff, hacked embassy computers, and vandalized the installations.

The straw that broke the camel’s back came in March 2019, when WikiLeaks allegedly leaked the Ecuadorian president’s private photos, videos, and conversations. Days later, the Ministry of Foreign Affairs withdrew his asylum. On April 11, 2019, the Ecuadorian government handed Assange over to UK authorities and revoked his citizenship.

What was Assange accused of, and do the charges stand?

In Sweden: Two Swedish women accused Assange of forcing them to have unprotected sex with him. In 2017, Sweden prosecutors dropped the charges and withdrew their arrest warrant, citing a lack of resources. However, after Assange’s detention, they are considering reopening the case.

In England: The British courts have consistently ruled in favor of Sweden’s extradition request since 2011. However, Assange violated the terms of his bail by refusing to appear in court and instead holed himself up in the Ecuadorian embassy. On April 11, a judge found him guilty of this transgression, and on May 1 he was sentenced to 50 weeks in prison.

In the United States: Soon after Assange’s arrest, the US Justice Department unsealed a March 2018 grand jury indictment for computer-hacking conspiracy with a maximum penalty of five years in prison and requested his extradition. If US prosecutors eventually press espionage charges, he could even face the death penalty. The British courts must decide whether to grant the extradition request. His hearing is set for May 2.

President Lenín Moreno claims that Assange violated the conditions of his asylum.

The significance for Ecuadorian politics

How was Assange involved with Russian intelligence?

According to the Mueller Report (volume one, p. 42 and 46) on Russian interference in the 2016 US presidential election, Wikileaks directly discussed the emails that compromised Hillary Clinton and her campaign chair John Podesta with Russia’s military intelligence agency (GRU). The Special Counsel said it identified messages and documents coming from GRU’s personas Guccifer 2.0 and DCLeaks to Wikileaks.

Although the direct participation of Julian Assange in the email leaks remains unclear, the Mueller Report revealed that he communicated directly with the GRU while he had internet access in the Ecuadorian embassy.

Julian Assange will be sentenced to up to 12 months in jail for his bail violations and has yet to face the extradition hearing on May 2. A UK court will decide whether the offense Assange is accused of in the United States would be also a crime in the United Kingdom.

Another legal impediment is that the United Kingdom does not allow extradition for crimes that carry capital punishment in the destination country. That is why US prosecutors have not brought espionage accusations and instead accused Assange of a lesser offense. According to English extradition lawyer Ben Keith, “The most likely outcome is that he will be extracted to the United States.” However, the process could take years in different forums. If Sweden decides to reopen the sexual-assault case, Assange would face another extradition request.

What is the impact on press freedom?

Assange’s arrest has rekindled the debate on the limits of press freedom and the role of the United States in international affairs.

For instance, the London-based Center for Investigative Journalism (CIJ), which has collaborated with WikiLeaks before, issued a statement declaring that any charges related to Assange’s work or attempts to extradite him to the United States are an attack against all journalists.

The American Civil Liberties Union (ACLU) also argued that prosecution against Julian Assange in the United States for Wikileaks’ publications would be unconstitutional and would open the door to similar criminal investigations against controversial publishers. It would also set a dangerous precedent for American journalists who report on international issues by flouting foreign secrecy laws.

Security analyst Michael Weiss, on the other hand, believes that “Julian Assange got what he deserved” and said he must face the British and US justice systems. Several progressive commentators and Democratic politicians applauded his arrest. The Washington Post even wrote an editorial arguing that Assange is not a real journalist and “is long overdue for personal accountability.”

Previous
How Universities Get Away with Teaching So Little
Next
Suppress Airbnb, Expect a Black Market

Paz Gómez
May 1, 2019
Previous
How Universities Get Away with Teaching So Little
Next
Suppress Airbnb, Expect a Black Market
You might also like
One of the following
April 14, 2022