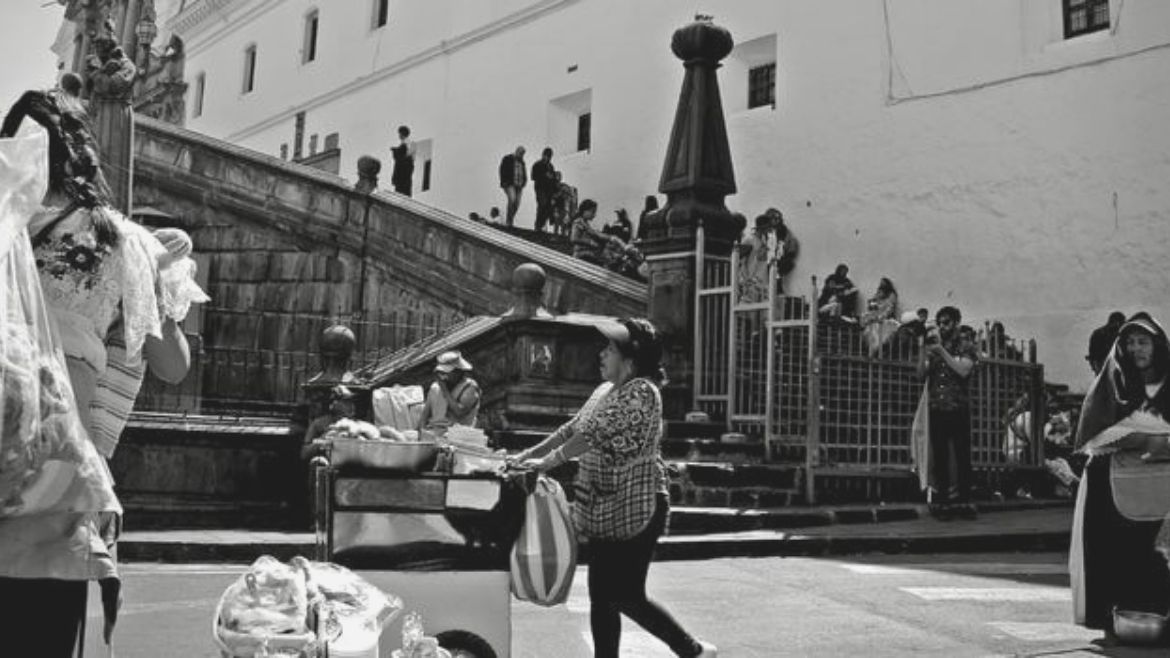 Every day, 56-year-old Marinela Navarra roams the streets of Quito, Ecuador, selling mangos with a cart. This has been her job for over two decades, and how she has managed to put her children through college.

In the best days, Marinela earns US$25, but every now and then city officials seize her cart and charge her a $200 fine to get it back. All she wants is to be left alone and work. She is willing to reach a deal with the authorities, but red tape stands in the way.

Politicians in Ecuador target the underground economy and its workers who neither pay taxes nor follow the law, but do nothing to address the underlying problem of why compliance is so low. Cracking down on those who have no other recourse just perpetuates poverty and keeps them in the informal economy.

To bring a different perspective, the classical-liberal think thank Libre Razón (Lira) has interviewed hard-working people like Marinela in five Ecuadorian cities and analyzed how public policy could help rather than just punish. “Faces of the Informal Economy,” the resulting report released in March that I co-authored with Nicole Carrillo, shows that excessive regulation, poor institutions, and government coercion are to blame for their plight.

For Lira’s executive director, Francisco Mendoza, understanding what keeps the workforce from rising to the formal economy is crucial to offering effective solutions: “Forty percent of Ecuador’s economically active population work in informal trade. This is a major revenue stream for individuals and their families.”

Enrique Ghersi, a Peruvian lawyer who has researched informality, defines informal trade as the economic activity without criminal intent that skirts the law because it is more convenient or is the only viable way to do it. Informality, explains Ghersi, is a survival strategy and stems from economic inefficiencies.

The International Labor Organization (ILO) estimates that at least 2 billion people worldwide work informally. In Latin America and the Caribbean, the figure is alarming: 53 percent of the employed population.

Informal trade amounts to a whopping third of the region’s GDP and affects more than half of all occupations in 12 countries, preventing access to financial services and wealth accumulation. According to ILO, 65 percent of the Ecuadorian workforce is in the informal economy. The country ranks fifth in Latin America, trailing Honduras (71 percent), Guatemala (74 percent), Nicaragua (75), and Bolivia (77 percent).

This is no coincidence. On the contrary, informality is a consequence of misguided policies by protectionist, populist, and fiscally irresponsible governments. Trade and entrepreneurship cannot take off where economic interference, corruption, and bureaucracy are high.

Guatemala and Brazil are two striking examples. Violence, corruption, and the absence of the rule of law are the norm in the Central American nation. As the Lira report explains, violence from criminal gangs and extortion rackets make it harder for businesses to formalize.

Brazil, on the other hand, took the bureaucratic burden seriously. In 1996, it rolled out a national program called “Super Simple” to reduce the number of taxes and streamline paperwork for small and medium-sized enterprises. Three years later, it became law and expanded to credit, labor, and administrative processes. Since then, formalization has steadily improved, with a 10 percent gain during the first decade.

Carrot-and-stick policies work better to solve informality. José Manuel Salazar, ILO director for Latin America and the Caribbean, argues that the latest studies show there is far more potential in redesigning requirements to formalize businesses than focusing on law enforcement.

The fact that over half of Latin Americans flout the law at work should give us pause about the legitimacy of our political institutions. This illegitimacy, as Ghersi calls it, arises when institutions themselves don’t fulfill their duties or exceed their mandates. The region’s long history of private-property confiscation, high taxes, and mind-boggling bureaucracy has a role in the population’s tendency to shy from government oversight.

This is unfortunate because informal entrepreneurs can’t get proper credit, constraining their ability to expand, improve, and respond to emergencies. What little property protection they have is under the constant threat of regulatory uncertainty, theft, and extortion by either gangs or government officials themselves.

Let us put behind what has been tried and does not work: persecuting informal workers, seizing their goods, and protectionism for domestic production.

If we want more workers and budding entrepreneurs to follow the law, we have to make it respectable and sensible. More economic opportunity, labor-market flexibility, solid institutions, and a business-friendly environment are key.

Paz Gómez
March 21, 2019
Previous
Student Loans Are Exploitation in Disguise
Next
La solución a la informalidad en América Latina requiere un nuevo paradigma
You might also like
One of the following
June 1, 2021